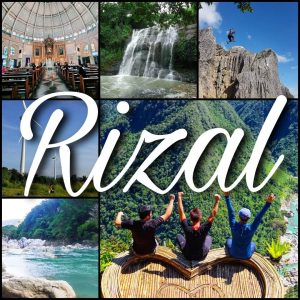 In this article, we will see how fiber internet in Rizal has paved the way to the province’s commercial boost, and how it has become the solution to people’s need for connectivity.

Remember how we used to have a problem getting to places outside of the metro? Despite the desire to have a laid-back life and get away from the hustle and bustle, something just keeps us from going. We can’t help but want to stay with our friends and loved ones. More than anything, we are concerned about being disconnected.

Those days are long over since connectivity is no longer a problem. Fiber internet has changed our lives in ways you can’t imagine. It can’t be overemphasized how much technology has simplified our lives and gotten us staying in touch with people anywhere we go.

Indeed, digital innovation has altered the social and industry landscapes. Now, most provinces are no longer associated with seclusion. Take, for instance, the Province of Rizal. When Streamtech launched its home fiber plans in the area, it gave its users the freedom to connect, stream, and download.

THE PROVINCE OF RIZAL

If you want to relax, breathe some fresh air, or commune with nature without leaving the city, go to Rizal. Its terrain lends itself well to mountain biking, hiking, and camping. The climate is generally cooler and invigorating.

It’s an easy escape since it is closest to Manila. Similarly, its extensive and well-developed road network makes it accessible by both public and private transportation. In either case, the journey would surely be such an enjoyable ride. In addition, access to fast and reliable fiber internet in Rizal will make it easier for you to vlog your adventure in real-time.

THE CRADLE OF PHILIPPINE ART

Rizal is known as the Cradle of Philippine Art. It has produced a number of visual and performing artists such as world renowned painter Vicente Manansala, eminent musician Lucio San Pedro, and famed muralist Carlos “Botong” Francisco. The latter discovered the world’s oldest known sculpture in 1965 – the Angono-Binangonan Petroglyphs, which date back 3000 years ago. You can see the incredible works of art in numerous local galleries in Angono.

Following the fall of Manila in 1571, the Spaniards went to Pasig River and founded towns in rapid succession, which they formed into a military district. Then on June 11, 1901, the first Philippine Commission created a new province which united parts of the old districts of Manila and Morong. The new area was named after the country’s national hero – Dr. Jose P. Rizal.

Consequently, the development of Metro Manila in 1975 downsized Rizal, leaving the territory with 14 towns from the original 33 municipalities. Despite its dismemberment and limited scope, data shows that it remains to be a leading province. It’s considered Manila’s suburb for having sustained its progressive growth all through the years. As a result, it became the center of the country’s emerging economic hubs, the core of progressive cities and urbanized societies.

Rizal has its share of historical and natural tourist spots. If you plan to travel there, there are a number of places you can easily access. These destinations are perfect for an all-around fantastic vacation, from historical sites to mountain ranges and breathtaking waterfalls. Plus, it is also budget friendly, so your plan is really achievable. However, choosing a place to visit might be a little confusing due to the many options it offers. To make it easier for you, here’s a list you can use as a travel guide. 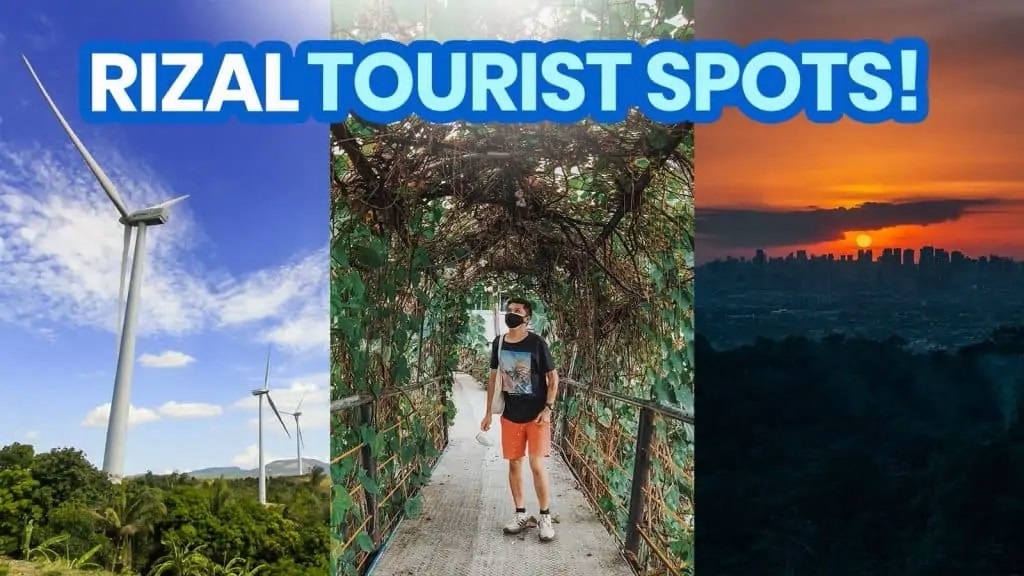 Photo by The Poor Traveler

It is a conservation area and rustic rock garden where you’ll be stunned by its sharp limestone formation. The trek around and through the cliffs to get to jaw-dropping, breathtaking views takes 3-4 hours. There are a number of park rangers that will guide you through this thrilling adventure. Make sure to walk on their famous giant web built around massive limestones.

Take a refreshing dip in this waterfall surrounded by forest trees, flowering wild plants, as well as cascading rivers and ponds. All in all, it’s best to go here on weekdays as it often gets crowded on weekends and holidays.

Another magnificent natural wonder which is just a few meters away from Daranak Falls. So, if you want more solitude, you can head here as it doesn’t get as busy as the other. Get your device ready for some picture taking.

Data says that this paradise used to be a hidden gem in Rizal, but not anymore. This picturesque beauty features pristine, turquoise water surrounded by white marble rocks that make it Instagram-worthy. (Now you know why it’s no longer a secret!) Besides that, there’s a cavern that you can explore via a small canoe, depending on the season. It’s definitely comparable to some wonders of Asia and the U.S.

This elevated vantage point provides a breathtaking view of the Sierra Madre mountain ranges and a sea of clouds. So, if you want to play with the clouds, you must arrive early to enjoy the stunning view. The perfect time to visit is just before sunrise, which is between 5-8 am.

If you haven’t seen windmills before, you’ll be astounded by these 27 towering wind turbines situated in the vast mountainous area of Pililla. This wind farm, which overlooks Laguna Lake, provides clean energy to the surrounding areas.

INTERESTING THINGS TO DO IN RIZAL

Baclaran and Divisoria used to be our go-to places for bargain hunts. However, Taytay is a strong contender. This “tiangge” (flea market) is regarded as the “Garment Capital of the Philippines” with clothes (both new & “ukays”) for as low as P 10. How could you beat that? This is the reason why fashionistas and online sellers flock to this shopping haven.

Rizal has some of the most spectacular mountains and forests, particularly in Tanay. So, if you love long walks and nature, you won’t have to travel far. You can begin by climbing Mt. Daraitan.

this is one of the fun ways to do it, not only in Rizal, since our country has a multitude of different celebrations. But you can mark your calendars for the following festivals happening in this province such as:

Though Rizal doesn’t have a signature dish like the other provinces, it’s still a popular food destination. Their various kakanin or rice cakes, such as puto, bibingka, biko, and suman, are a must-try delicacy. It’s divine with their freshly made coco jam. Since cashew nuts are abundant here, it is less expensive. So, go ahead, stock up on this nut and the other delectable snacks.

THE BEAUTY OF ANTIPOLO, THE CAPITAL OF RIZAL 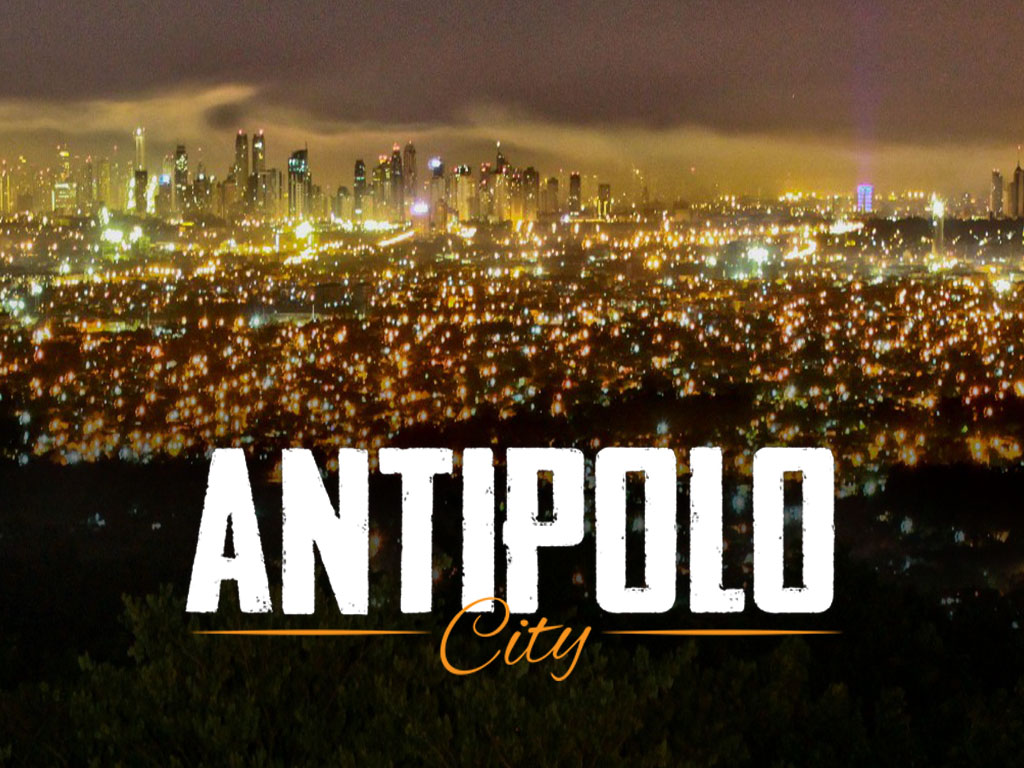 Antipolo City is the first world-class, highly urbanized city to emerge outside of Manila in the Philippines. It became Rizal’s capital and seat of government under Republic Act No. 11475, signed by President Rodrigo Duterte on June 15, 2020. Although the city has become heavily populated and traffic can be a deterrent, it’s still worthwhile to visit because you can still find natural scenic spots and hidden treasures. You’ll still enjoy your visit mainly if you prefer the outdoors to the city. Since it’s situated on the slopes of the Sierra Madre mountain ranges, Antipolo has a cooler climate. It’s always a nice break from the mundane.

The Antipolo church is the first thing that comes to mind when you think of visiting this area. Despite the damage to its original architecture caused by earthquakes in its early years, the Antipolo Cathedral is regarded as one of the Philippines’ most outstanding and well-preserved colonial churches. It is famous for the Black Madonna, which was brought to the Philippines by Governor-General Juan Nio de Tabora during his expedition in 1626. The image, given the title “Our Lady of Peace and Good Voyage,” was credited with their safe passage across the Pacific Ocean. That’s why car owners, particularly new ones, began to flock to this church to have their vehicles blessed.

One of Antipolo’s most well-known landmarks is this 12-meter high waterfall. It’s listed as a national park. Due to rapid urbanization and pollution, swimming in the basin of the waterfalls is no longer allowed. However, the park was renovated to include a view deck, gazebos, and swimming pools for the residents’ enjoyment. In February 2020, the local administration added more improvements to the Adventure Park. It now includes a spider web view deck, wall climbing, a hanging bridge, and a rappelling area. It’s always worthwhile to visit this lovely place. Sadly, the pandemic preempted its operations.

This museum is notable for its one-of-a-kind atmosphere. The Pinto Art Museum exhibits contemporary Filipino paintings and sculptures in galleries scattered among tropical gardens and whitewashed Mediterranean-style villas. The Museum of Indigenous Art, located in the lower gardens, celebrates the diversity of Filipino culture, especially that of the Cordillera region. It includes practical and ceremonial artifacts, textiles, jewelry, and stunning indigenous artwork. Also, there are on-site cafes where you can get refreshments and a chapel if you want to meditate. There are many other places in Antipolo that you can visit.

Teresa is best known for its neighboring mountain resorts, Villa Sampaguita and Real Cove. This municipality is situated on the slopes of the Sierra Madre Mountains and is surrounded on four sides by Antipolo, Angono, Tanay, and Morong. Hence, it serves as a connection to other interior towns, as well as Laguna and Quezon provinces.

Despite what people think, Teresa is a canyon surrounded by mountains. Unlike the nearby towns, you can’t find nature spots for camping or hiking. The town center is nearly in the valley’s center. If you see the aerial views of Teresa, you will discover that it’s previously a vast expanse of fertile land surrounded by marble-rich mountains. A large portion of their annual revenue comes from limestone quarrying and the manufacture of cement and marble.

With Streamtech’s fast and reliable fiber internet, you can expect more growth in its economy as locals can now efficiently run online businesses and generate more income.

Binangonan, as a first-class municipality, is beginning to become as popular as Antipolo. For years, its economy has been dependent on aquaculture and agriculture given its proximity to Laguna de Bay. Hence, it is one of the major suppliers of freshwater fish to Metro Manila.

On the other hand, Binangonan remains receptive to industrial innovations. The establishments of East Ridge Golf and Country Club, and Thunderbird Resorts, and Fiesta Casino are proof of this. However, the tourism industry’s long-term growth remains to be seen. It must build more industries and necessary infrastructure to maintain future growth.

Digitization will undoubtedly accelerate Binangonan’s progress by leaps and bounds. With Streamtech’s presence in the area, whatever projects they pursue will be feasible.

STREAMTECH, ONE OF THE FIBER INTERNET SERVICE PROVIDERS IN RIZAL​

Streamtech isn’t content to just meet their customers’ basic needs. Instead, they continue to look for new ways to innovate and expand. Fiber broadband internet service used to be limited to residents of major cities. Now, many people in various locations have the same opportunity, especially in Rizal.

It brought its high-speed internet services to the town. Now, residential homes, a small business or company, and huge businesses and enterprises can get better connectivity.

Streamtech aims to provide areas outside of the metropolis with the same resources. It believes that, if all our country’s citizens are empowered, we will make meaningful change. Check Streamtech’s website and social media pages to learn more about their products and services.