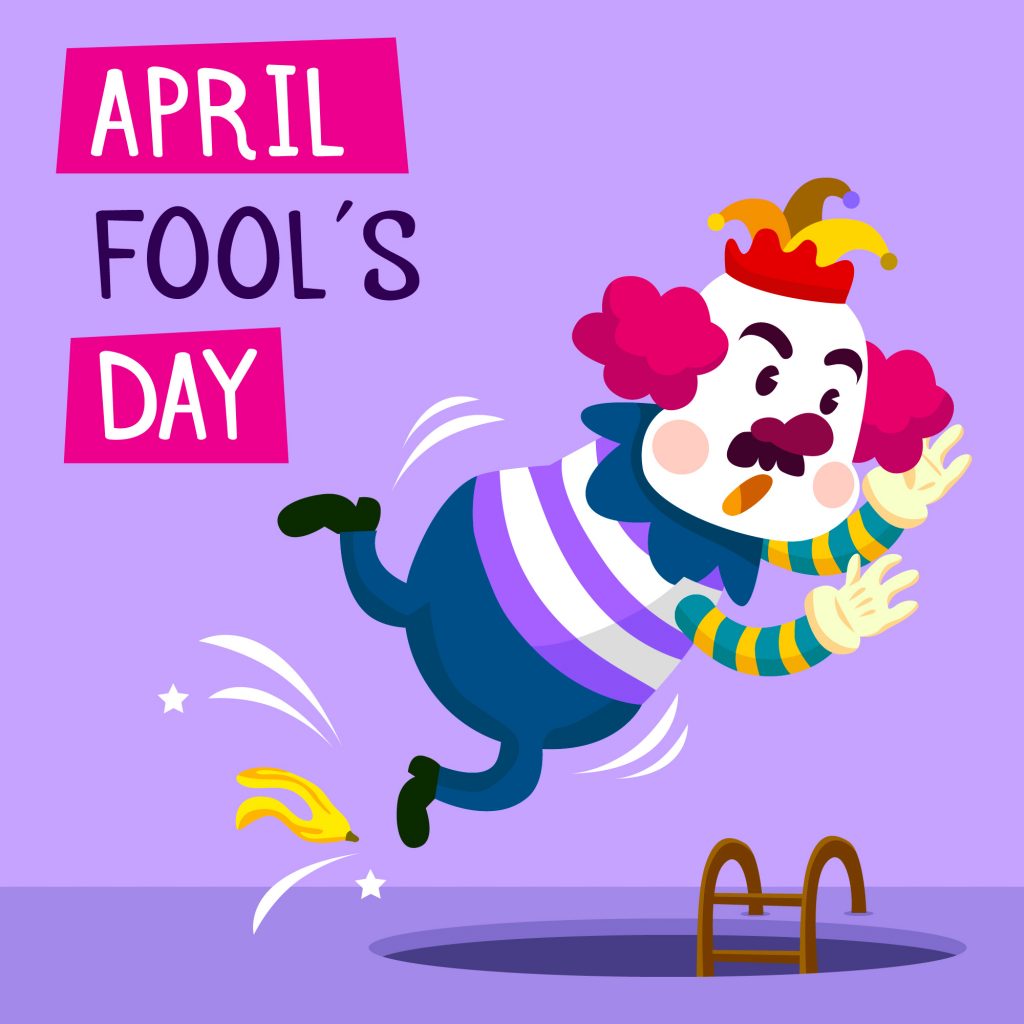 The first day of April is the time of the year when people around the world would play practical jokes. Additionally, they’ll do harmless pranks on unsuspecting family members and friends. It may not be a legitimate holiday but April Fools’ has become an all-day celebration of just having “clean fun”. Now, after one year into the pandemic, we are about to do it online. And such is possible if one has fast fiber internet connection.

The origin of April Fools’ Day may be sketchy as no one can really determine how it started. Although, it has been celebrated for several years in different parts of the globe, including the Philippines. For Filipinos, this may bring about placing a croaking frog in somebody’s bag. Also, it can be playing ghost to scare a friend, or even prank calling a family member over the phone.

According to some historians, the beginnings of April Fools’ came from France. One explanation focused on the adoption of the Gregorian calendar among the French. There was a calendar change during the 16th century. As a result, New Year’s Day was moved from April 1 to January 1. The effected change was quite sluggish and resistance took grip on this amendment. Consequently, people played tricks on those who still continued to celebrate the new year on April 1st. Hence, they considered the latter to be the “fools”.

The annual tradition continued for several centuries. Every year when April 1 comes, people become a little more skeptical and suspicious. Because family members, friends, colleagues, or even strangers may pull a prank or play tricks, everyone is vigilant. Mass media, including newspapers, radio, and television, also carried this celebration into their platforms. And most often, they successfully hoodwinked their audiences.

Re-do the Old Tale Fun with Your Fiber Internet Connection

Last year was a tad different when the world was struck by a colossal health crisis. Even Google, known for its infamous April Fools’ traditions, canceled all their prank plans. Such is out of respect for all those fighting the COVID-19 pandemic. Nonetheless, they vowed to save the best jokes for this year. Indeed, they will bring back the laughs and smiles into people’s faces across the world.

However, the pandemic is still not over amidst the pending full roll-out of vaccines, that could hopefully exterminate the worldwide health concern. Thus, the safest option for people to take part in the merriment of April Fools’ Day 2021 is through online. Thankfully, technology enables individuals from performing cool jokes or staging online pranks in the comfort of their own homes.

Celebrating fun, entertaining, and wonderful traditions such as April Fools’ Day has been made easy through fast-speed and reliable internet. Even if you have to stay indoors, there are some amazing ways in which you can still enjoy and play tricks on your family and friends. Below are some wonderful concepts on celebrating April Fool’s 2021 online.

Even before the pandemic began, people have fallen prey to various tricks right in front of their computer screens. The internet has bevy of prank sites and applications that you can access and download in order to pull tricks on family and friends. This could range from games or flash animations. Further, there are videos that can make your unsuspecting victim cry a bucket of tears. Or, he’ll laugh like it’s the end of the world.

One recommendation is the Scary Ghost Prank app. It allows you to add scary ghost images to your photos prior and after you take them. You may grab a friend’s photo from your social media account. Then, put in a ghost image, and send the photo to your victim.

Other amazing prank apps and sites are available on the internet. Now, you can make your pranks more meaningful and thrilling!

Who says that working-from-home has restricted the creativity of the workforce? Currently, virtual backgrounds have become an “in” thing for meetings and conferences that are conducted in video conferencing platforms. Such are Zoom, Google Meet, and Webex. And people have become ingenious in putting these online backdrops.

For April Fools’ Day, you can change the background of your video feed to baffle your colleagues. All you have to do is invite co-workers to a video call. And display the virtual background image that you have chosen. An image of a scary human shadow or a creepy object may do the trick. Just be certain to maintain a straight face while doing the prank.

This is a notch above the virtual background prank. But in this case, you are entirely getting out of the frame and projecting your colleague’s face back at them. How to do this? You just have to invite a person to a video call and use their video feed as your virtual background. Make sure to sidestep in front of your video camera and enjoy listening to their conversations. By the way, the more persons invited on this video call, the funnier it would be.

Since online shopping and deliveries became necessities this “new normal”, it may be an awesome idea to send special deliveries. For sure, a good friend will feel special once they get an extraordinary package. But, such would turn out to be glitter bombs. Glitters may be fine and sparkling as decorations but these will be particularly annoying if they scatter on the floor.

Undeniably, technology has made things easier for us. Despite the pandemic still not over, we can always find means to celebrate special traditions through fast fiber internet.

Streamtech, one of the newest fiber internet service providers in the Philippines, is here to serve you. It offers premium-quality, fiber internet connection that will definitely suit your online needs. And especially, as you spread cheers and laughter on April Fools’ Day. Specifically, it offers high-speed internet, and cable and internet plans that will let you enjoy entertainment to the max. More so, such offerings are very affordable home internet plans.