What is the economy of Quezon Province now? 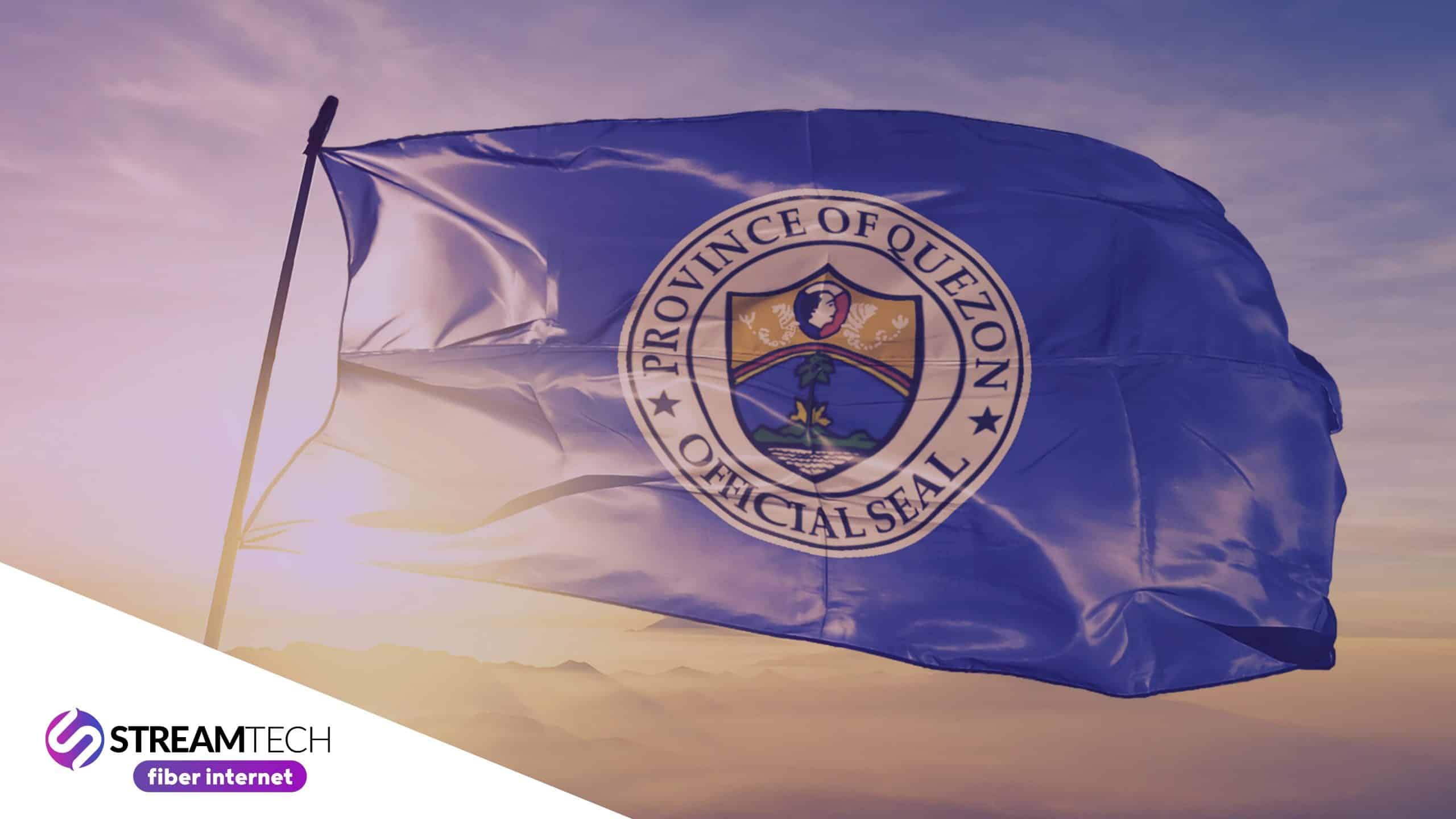 While a lot of businesses may find value in investing in Quezon City, there are a lot of reasons to consider Quezon province as well. Situated in the Calabarzon region of the Philippines, its nearby provinces include Batangas and Laguna, and Rizal. It was named after the second president of the country, President Manuel Quezon.

In this article, we’ll discuss why you should consider investing in the future of Quezon Province. We’ll also delve into the thriving industries in the province. Given all the advantages of living and working in Quezon Province, this might just convince you to relocate to the province in the same year.

Quezon province is found to the southeast of Metro Manila. Its neighboring provinces include Aurora to the north, the rest of the southern Tagalog region to the west, and the provinces of Camarines Norte and Camarines Sur to the east.

It is a little over four hours away from the hustle and bustle of the Metro. It is accessible via private car. You can take the Maharlika Highway, otherwise known as Manila South Road, to the province. You can also consider going through Quezon Eco-Tourism Road, the Batangas-Quezon Road, and Pagsanjan-Lucban Road as well.

If you’re looking to visit the province by means of public transportation, you can take a bus there. A single one-way trip to Lucena City would cost you about P200. From Lucena, you can roam around the province by bus or jeepney.

The nearest municipality to the Metro is Tiaong, which is 89 kilometers from the capital region. Meanwhile, the provincial capital, Lucena city, is approximately 137 kilometers away. The total land area of the province represents the largest land area share in the region. It is also the sixth-largest one in terms of total land area in the Philippines.

The province is composed of 39 municipalities, one component city, Tayabas city, and of course, the highly urbanized city of Lucena. As per Philippine Statistics Authority or PSA, the province has a total population of over 2 million people.

The near-change in the provincial capital

Interestingly, the total population of Quezon Province was supposed to be divided like the division in Davao Region (Davao City, Davao de Oro, etc.). Quezon del Norte was intended to be composed of the first and second congressional districts of the province.

The Topography of the Province

Quezon Province composes mainly of rugged terrain with few plains, valleys, and swamps. A portion of the famous Sierra Madre mountain range runs along the entire length of Quezon Province. Meanwhile, the active volcano of Mount Banahaw is at its highest peak.

Like the rest of the Philippines, Quezon Province is very tropical. However, it should be noted that the majority of rainfall is concentrated in the north, particularly in the Bondoc Peninsula and Lamon Bay areas.

The province faces three major marine water bodies: Lamon Bay in the North, Tayabas Bay in the South, and Ragay Gulf in the East. These bodies of water are known fishing grounds in the Southern Tagalog Region. In addition to abundant fishery resources, there is also rich biodiversity and even richer potential for scientific research and ecotourism development in the province.

Quezon Province has abundant inland water resources as well. Umiray, Agos, and Nakar rivers within the Infanta-General Nakar area are considered the most prominent ones.

Quezon Province is classified as a first-class province. This means that the province obtains an average annual income of more than 30 million pesos. Hence, it has a substantial contribution to the overall economy of the Philippines.

Aside from services and industry sectors, fisheries and agriculture comprise the majority of economic activity in the province. However, the tourism sector is fastly growing within the province. While the pandemic continuously dumps tourism growth, the expectation is for it to change as more people travel for leisure purposes.

Interestingly, the total agricultural area of Quezon Province comprises a little over 50 percent of its total land area. The coconut industry dominates in the province. With its total coconut production of almost 1.5 million metric tons, it is the top contributor to coconuts in the country. 375,026 out of 403,935 hectares of the province is mainly coconut plantations. Thus, it goes without saying that the majority of the total population in Quezon Province are coconut farmers.

Quezon Province doesn’t just produce a lot of coconut milk though. Copra making is considered one of the largest agricultural activities in the entire province. However, given the volatile price of copra both in the local and international markets, the provincial government recommends intercropping and multi-story cropping.

Another major crop of Quezon Province s good ol’ rice. Given how rice is such as food staple not just in the province, but the entire Philippines, the demand is definitely high. That’s why all cities and municipalities within the province engage in growing this particular food item.

Other crops are also grown in the province of Quezon. These include corn, banana, coffee, sweet potato, pineapple, citrus fruits, vegetables, and other fruit trees.

Because of its vast agricultural area, a lot of livestock thrive in Quezon Province. These include cattle, carabao, and swine. Carabaos mainly help with daily agricultural activities. Meanwhile, the purposes of horses are for hauling. Cattle are basically for meat production. Other animals such as swine, geese, chickens, and goats, on the other hand, are for additional sources of income and home consumption as well.

Because of its rich inland and coastal water resources, the fisheries sector flourishes in Quezon Province. In fact, 34 of 39 municipalities and two cities of the province can be located along the coastal areas. In line with this, Community Fish Landing Centers (CFLCs) have been constructed within selected areas. The expectation is that more CFLCs will be built in order to help fishermen with their livelihood.

Among the common fish found in the coastal areas of Quezon Province are anchovies, tuna, round scad, lactorids, and groupers. Plus, the ponds of the province produce a lot of fish and other seafood as well. Milkfish and prawns are the most famous ones in the market. However, the province also produces a substantial number of mudfish, catfish, tilapia, freshwater shrimps, and mullets.

The rapid rise of tourism in Quezon Province

More people are discovering that Quezon Province has a lot to offer in terms of tourist destinations. Whether you’re looking for a pristine beach or a food trip crawl, you can visit a lot of interesting places within the province.

Established in 2013, Borowan Island is a fantastic island destination for those looking for a quick escape from city life. This tiny island is located just off the coast of Barangay Lipata, Padre Burgos. Think of it as the region’s own version of the ever-famous Boracay island.

One of the most picturesque spots in the province is the Sunflower Farm, which is located in the municipality of Tiaong. This manmade development is a few minutes away from the popular tourist spot, Villa Escudero.

No visit to Quezon Province is complete without visiting the iconic Villa Escudero Plantations and Resort. One of the oldest resorts in the Philippines, it has been a feature in countless magazines and television shows. Aside from its luscious greenery, this resort is a great place for a family food trip. You can eat off banana leaves in its famous Labasin Waterfalls Restaurant.

Other popular destinations within the province include Lucena Cathedral. One of the oldest churches in the province, it has a high vaulted ceiling and magnificent altar. The majority of big events in Quezon Province take place in the Quezon Convention Center.

Aside from its beaches and religious landmarks, Quezon Province is a fantastic destination for gastronomical adventures. From fresh seafood to vegetable dishes, there are a lot of unique dishes for customers to try.

There’s nothing like having Lucban Longganisa as a breakfast food in Quezon Province. Distinct for its garlicky and sour flavor, it’s a must-have food item to bring home as well. One can best enjoy it with rice and vegetables.

The noodle dish of Pancit Habhab is a must-try for noodle lovers. Made with local Miki noodles, Pancit Habhab somehow resembles Pancit Canton. However, it has a softer texture. Pancit Habhab usually has a lot of vegetables such as pechay and carrots. What makes this particular food unique is not just its taste, but its way of serving. Pancit Habhab is usually on a banana leaf, and it also serves as the utensil for the food. Locals eat Pancit Habhab like a sandwich, basically.

If you’re looking for something sweet, the Yema cake from Tayabas is definitely something you should sample. If you’ve eaten Yema candy already, Yema cake takes the food experience to the next level. Yema cake’s creation is from sponge cake with Yema frosting topped with a generous amount of cheese.

Another sweet concoction in the province is cassava cake or what is locally famous as Budin. This particular cassava cake is usually like a slice of pizza, so it’s easy to snack on. These are only some of the awesome food products of Quezon Province.

Setting up Business in Quezon Province

There are a lot of reasons why companies should consider setting up their business in Quezon Province. A lot of major banks offer their services within the province. It is also a formidable gateway to other provinces in the south of Luzon, like Camarines Norte. This means that your company can possibly expand to the southern Luzon market.

There are a lot of businesses in Tayabas City and businesses in Quezon Province you can partner up with. You can even outsource a department or two to save on costs.

Aside from the great food choices, there are notable institutions of education in the province. One of the premier high education institutions in the country, Southern Luzon State University is located in Lucena City. Plus, there are a lot of commercial establishment development projects such as SM City Lucena for the family to have fun in.

Life in Quezon Province gives you the relaxation of life in the provinces. However, you don’t have to journey far in order to conduct business in the city. For you to set up your life in Quezon Province, there’s one department you shouldn’t compromise: a stable and fast internet connection.

Luckily for you, this department is our specialty, and we at Streamtech offer fast and reliable unlimited fiber internet connection at an affordable price point. We help you exceed your limits with high-speed internet for your home and enterprise connectivity.

To enjoy the full Streamtech experience, we recommend you take advantage of the Extendifi WiFi Extender. This allows the entire establishment or household to enjoy the light speed you deserve. We even offer your favorite television channels through our partnership with Planet Cable. Visit our official Facebook page for questions or for more details.

PrevPreviousBeyond Guimaras Mango: What is the Economy of Guimaras?
NextWhat are the business opportunities and products of Bataan?Next