The EDSA Revolution and the Importance of Fiber Internet 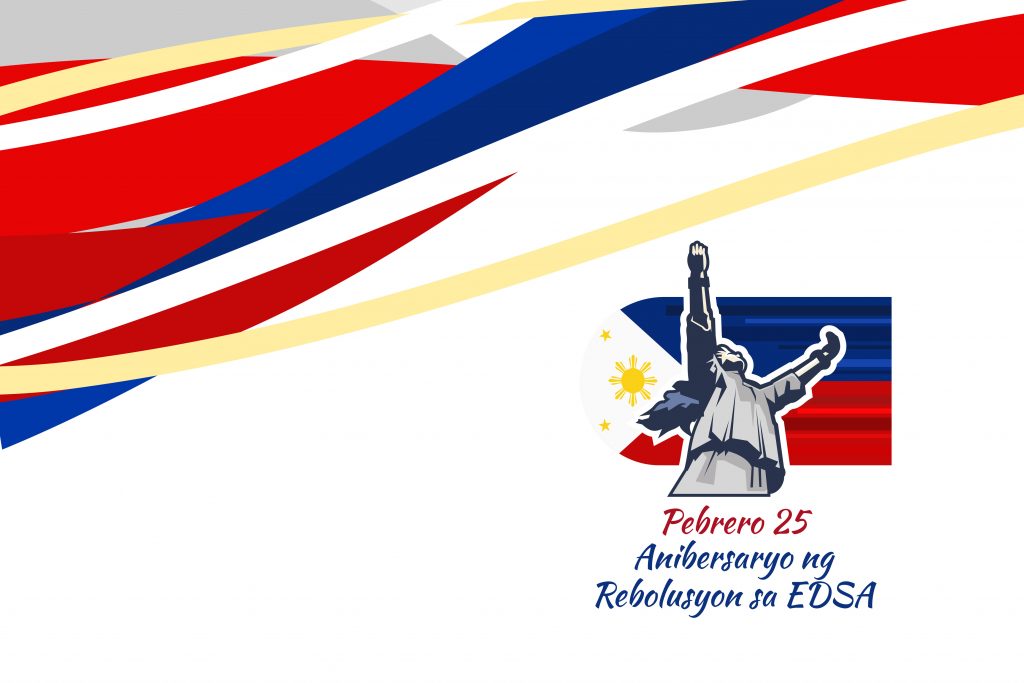 Every February, our hearts rekindle a love of a different kind… a love for country and freedom, in celebration of the 35th anniversary of the EDSA revolution. For more than three decades now, we continue to commemorate this bloodless uprising as a catalyst to some of the major developments in our country. It heralded change, a new era of peace, and became a beacon that shed light on the Filipino’s singular strength.

From the national to the global stage, this momentous event had indeed altered the image of our nation and the trajectory of our history. It affected lives on different scales, shaped our culture, and now, continues to be a world model of peaceful change. But it’s been decades and many have changed since then. In a new era of ICT and digital connectivity, where do we see its relevance? As we celebrate another year of its anniversary, let us reminisce the undying significance of the EDSA revolution–35 years later.

Peaceful Demonstrations Are a Filipino Tradition

Since time immemorial, protests of all forms have been a part of Philippine history. Our country traces a long tradition of uprisings, insurrections, street demonstrations, strikes, and revolutions. As per the official gazette, the earliest recorded protests in the country traces back to 1903, where a workers’ union staged a call for an eight-hour working day. It was because of this that we now commemorate May 1 as a Labor Day, in keeping with much of the world.

From then on, protests would continue to shape our history and prove more essential as the EDSA revolution comes into the picture.

For four historic days, spanning around February 22 to 25, 1986, the EDSA revolution served to be the stage for some of the most astounding images in Philippine history. Millions of people from all walks of life, from different cities around the country, marched together in the main thoroughfare of Metro Manila, the Epifanio Delos Santos Avenue. Human barricades, linked arms, and placards with slogans filled its streets. It served as a cultural reset, an evolution to the image of Philippine protests. It proved to the world once again that the Filipino people are capable of moving mountains if we put our collective effort into it. If we are united, we prove to be powerful.

Change Can Be Achieved Peacefully

The most lasting result of the EDSA revolution is that it served as the template of many non-violent uprisings around the world. This part of the Philippine history was a global phenomenon; everyone was a witness to the unfolding of the revolution that did not at once resort to bloodshed and violence. Despite the fervent emotions that drove them to the streets of EDSA, the Filipino masses were not driven by reckless outrage. Instead, they showed camaraderie, unity, and faith.

Civilians offered earnest friendship to unyielding shoulders, there were biscuits for everyone to eat, there were songs of Filipino spirit such as “Bayan Ko”, there were rosaries and prayers against artillery; and there were slogans, and flowers. Upon its success, other countries were quick to emulate what was shown as a peaceful demonstration. It proved that not everything had to resort to violence and our grievances can be heard in the most civil of ways.

The EDSA Revolution Before the Internet

If we look closely, the EDSA revolution could possibly not have succeeded if not for the modes of communication that fueled it. In that era, gathering people and disseminating information was not an easy job. Social media and fast internet did not exist as a form of interconnectivity. There was little to no forms of instant communication in the absence of smartphones and instant messaging.

What was the only form of ICT (information and communication technology) then was the Radio Veritas where Cardinal Sin sent messages to gather people in EDSA. Tabloids also proved essential as a source of news. But as limited as it is, there is no denying that the true people power then lied on communication, and ICT’s growing importance to societal change would prove to be more essential in the years to come.

In January 2001, the second EDSA Revolution took place in a similar but distinct manner. What made it different from the first was the use of cellphones as a key to its success. Julius Court, who in 2001 was a Programme Officer at the United Nations University and co-director of the World Governance Survey project, claims this to be the world’s first e-revolution whereby societal change is achieved through new forms of Information and Communication Technologies.

A Powerful Fiber Internet Is The New People’s Power

Thirty years since the EDSA revolution, the current digital era took place around the beginning of the 21st century and continues to gave birth to the rise of networked societies. Communication is now just at the tip of our fingers; connectivity is within seconds. There are now social networking sites such as Facebook and Twitter, and instant messaging applications such as Messenger and Viber. But the role of ICT is now more than entertainment, or communicating to our distant loved ones, it extends up to connecting with the world.

Where does the essence of the EDSA revolution lie amid all these advances? As evidenced by this historical event, the Filipino’s singular strength and patriotism combined can bring change to the nation. But as our modes of communication shifted, a new player has entered the picture—a reliable internet connection.

While our unity is never to be underestimated, we are more powerful if our newfound weapon—digitized communication—is utilized in its fulness, and for the good of society. As such, an internet provider that allows the Filipino people to #exceedlimits should be the new strength of the nation. Fortunately, access to unlimited and affordable fiber internet is all possible through Streamtech in its various iterations:

Recently, it also launched a promo called “No Cash Out & Free 1 Month Subscription” for its new subscribers, running from February 20 to March 31, 2021. New subscribers and those who will apply for reconnection for the usual 24-month contract just need to present 1 valid ID. No security deposit will be required, and they will be entitled to a free 1-month subscription and free installation! Terms and conditions apply. 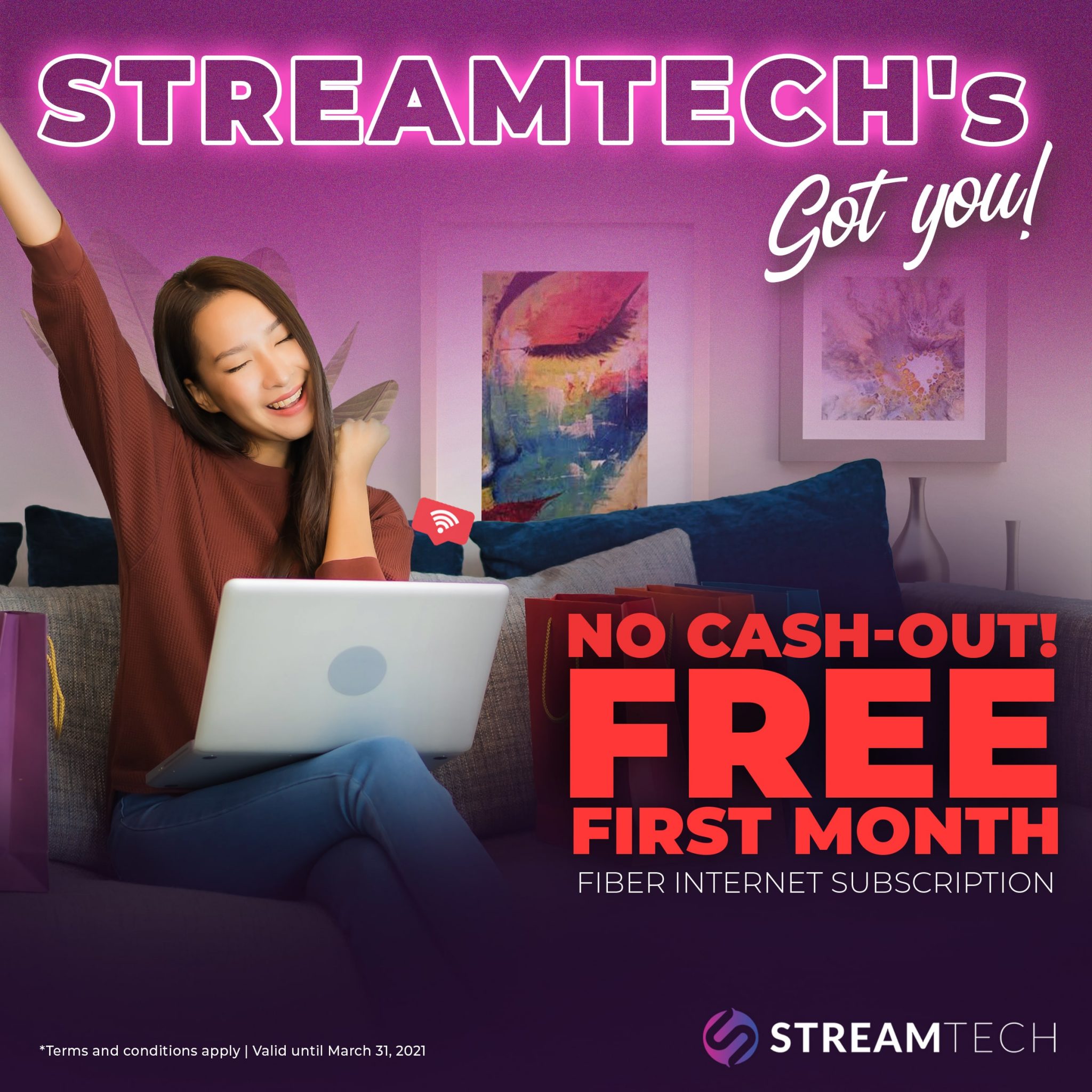 Through Streamtech, you can now commemorate the events of the EDSA Revolution, update yourself with relevant international and local news, and communicate unlimitedly to the world. Subscribe to Streamtech now and enjoy an upgraded internet experience and better connectivity!