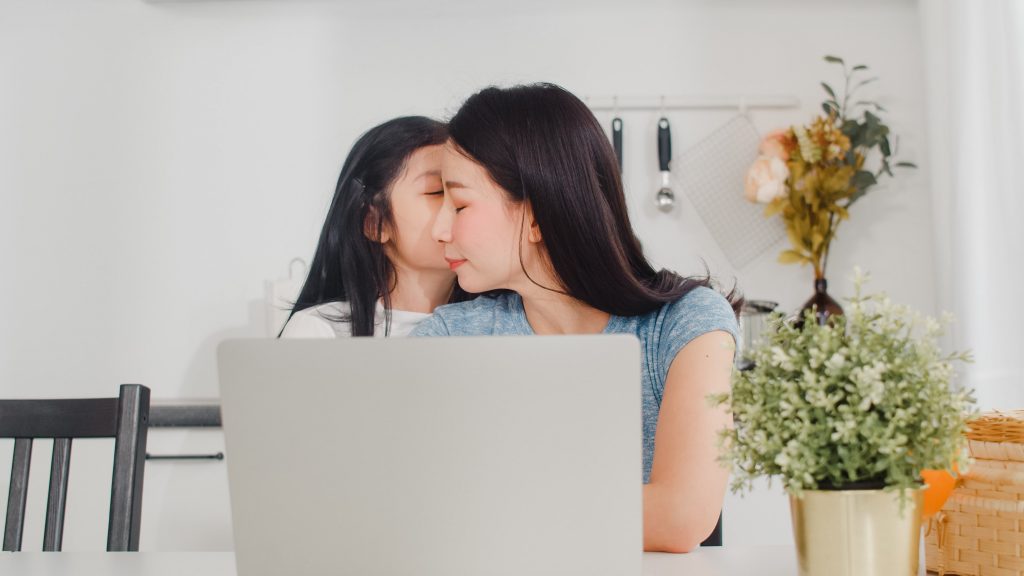 With so many florists to choose from, the task becomes even more difficult. If you want to give your mother a bouquet that is truly one-of-a-kind, look no further than the flower industry’s trendsetters. Learn more about them in this post. And you can access them with your fast and reliable fiber home internet. You will also learn fascinating stuff about Mother’s Day.

Thankfully, we now have fiber internet that allows us to navigate websites and product catalogs quickly.  Now, prepare to be awestruck by their floral masterpieces.

HOW IS A MOTHER DEFINED?

She is the reason for our very being. We wouldn’t be who we are if not for this woman. Her dedication to caring for and raising her children is unparalleled. Nonetheless, she is willing to give up her life to protect us, for she is more affected by the pain than we are. Only mothers can make all these sacrifices. It is but fair to pay homage to them.

WHY DO WE CELEBRATE MOTHER’S DAY?

Mother’s Day celebrates the bond that exists between mothers and their children. It’s time to express gratitude for all our mothers’ contributions and hard work. Given their selfless and unrivaled efforts to raise their children, they deserve it. When, in fact, a single day is inadequate because they are worthy of more.

Fortunately, there is a holiday devoted to these superwomen. But have you ever thought about how Mother’s Day came to be?

WHEN DID MOTHER’S DAY START?

There have been many predecessors to the Mother’s Day holiday. However, the most apparent modern precedent would be the early Christian festival known as “Mothering Sunday.” It’s that time of year when congregations return to their primary church for a “special” Sunday service. Then it evolved into a more secular holiday. Children would give flowers and presents to their mothers as a way of expressing their affection and gratitude.

WHEN DID MOTHER’S DAY BECOME AN OFFICIAL HOLIDAY?

In 1914, President Woodrow Wilson signed legislation designating the second Sunday in May as Mother’s Day. Anna Jarvis, who invented the concept to celebrate mothers’ sacrifices for their children, worked tirelessly to make it a reality. She drew her inspiration from her mother, a social activist and community organizer during the American civil war.

Anna also contended that most American holidays are about male achievements. She vehemently argued that motherhood is an accomplishment in and of itself.

TRIVIA: Did you know that Mother’s Day has the highest number of phone calls?

Approximately 122 million calls are made on this day.

HOW DO FILIPINOS CELEBRATE MOTHER’S DAY?

Filipinos also observe Mother’s Day on the second Sunday of May since the 1920s. Pres. Marcos, however, legislated that it be held on the first Monday of December. This holiday was not spared from being politicized. The date changed as the leadership shifted. President Corazon Aquino revised the decree when she assumed office and modified the date following American practice. President Estrada, on the other hand, pushed it back to December during his term. Nothing has been heard of it since. Despite the modifications, we have continued to celebrate it in May.

Mother’s Day is a big deal in the Philippines. We prefer to be grandiose because we want to treat our mothers like queens. Every family member will chip in to give her a well-deserved treat, such as a family gathering, spa treatments, shopping, getaways, and more. But one thing is sure: this day will not be complete without a bouquet to brighten her day.

WHY DO WE GIVE FLOWERS TO OUR MOTHERS?

Motherhood is associated with springtime and plants, both of which reflect life and fertility. Similarly, flowers also exude elegance and integrity, qualities that many of us associate with our mothers. Furthermore, flowers are the universal symbol of love and life. And mothers are overflowing with it.

While each flower has a unique meaning, it can all brighten our day. And because it’s our queens’ day, we want the finest floral arrangements for them. Having flowers sent to her door is an easy way to make her happy.

TRIVIA: Carnation is the traditional flower for Mother’s Day

Anna Jarvis gave away white carnation flowers on the first official celebration of Mother’s Day in 1908. It was her mother’s favorite flower. While white carnations signify purity and good luck, it was also her expression of deep sorrow and respect for her beloved mom.

With fiber internet, ordering flowers for delivery online is a lot easier.

There’s no doubt that flowers are the first things that come to mind when planning a Mother’s Day surprise. Just make sure you choose the right flowers for her personality.

Let’s have a look at some of the top-rated florists online from which you can order flowers for your mom. These flower shops are a cut above the rest. You can tell the difference by looking at their websites. More so when you see their lovely product catalogs.

Their being in the flower industry for 25 years already assures you of quality and reliability. Designer Blooms is known not only for high-quality artificial and dried flowers and imported fresh flowers but also for their unique floral arrangements. Constantly re-inventing the floral landscape, they have distinct and creative designs that always stand out from the rest. Check out their lovely themed bouquets specially prepared for moms, such as cooking mama dressings and seasonings, fruits and flowers, cakes, and love bouquets, and more.

They are the first to introduce upscale floral arrangements in their patented signature crystal and mirror boxes. Glass House specializes in roses wrapped in a glass-like acrylic case. Aside from the traditional red rose, they also offer various colored and rainbow roses adorable and whimsical. They also have premium and sleek gift options for the tight-budgeted.

The name itself demonstrates imagination through wordplay. Te Amo means “I love you” in Spanish. However, if you look closely, it also reads a team of florists. Te Amo Floristeria Manila is the Philippines’ first lifestyle floral boutique. They were the first to create preserved flower designs that can last up to 5 years. Similarly, their floral arrangements are well-known for the exquisite combination of blooms, decoration, and texture with a distinct wrapping theme and delicate finishing touches.

Le Fleur Boutique takes pride in making magnificent collections that vary with the seasons. They want to send energy and love to the people who receive their flower bouquets. Aside from that, their collection exudes many one-of-a-kind stories that are ideal for commemorating every occasion! Each bouquet contains handwritten love notes for your loved ones!

Here’s one that changed the game in the world of flower delivery. Fiora Manila is a popular online florist known for its floral buckets and preserved rose capsules. Their website is straightforward. Unlike other websites that have a story, Fiora readily showcases their intricate floral designs. You can arrange your flowers in any color you choose or even select a rainbow-colored rose to rejoice in your love.

Florista Philippines is a one-stop-shop for floral gifting and other related services. What distinguishes them from the rest is the incredible lengths to which they go to delight their customers. They also offer chocolates, fruits, and soft toys with your flowers to improve the presentation. It is to allow customers to make exceptional gifts for their loved ones. Florista’s motto is to give added value to your money.

The Flower Farm is one of the premier florists in the country. They have been in the flower industry for nearly 40 years. What sets them apart is having their flower farm in Tagaytay City. It is one of the tourist destinations in that city.

As one of the industry’s pioneers, they have introduced floral varieties never before grown in the region. Most importantly, you can rest assured that your flowers will be fresh and new.

Island Rose is the Philippines’ longest-running eCommerce retailer. They have been conducting online transactions since 1999. Furthermore, they have received several awards for their outstanding commitment and contribution to the industry.

Their flowers are grown in specialized greenhouses to ensure their quality and have the most extended vase life possible. Island Rose is also particular with the packaging materials they use. They are committed to giving your flowers the most excellent possible effect when delivered and displayed.

Our country has a plethora of flower shops – both online and offline. Whatever you decide, it is best to place your orders as soon as possible to avoid stress on that day.

Nowadays, most businesses have shifted to social media. Be wary of deceptive merchants, though. Still conduct background checks.

Keep these tips in mind when browsing for a flower delivery service.

If you want to join the ranks of the flower industry’s trailblazers, you must invest in a fast and reliable internet solution.  It is a vital factor in bringing your business to the front of your customers.

Streamtech offers a variety of internet packages that fit the needs of every customer. Whether it’s a startup business or a big enterprise that requires a more extensive or faster bandwidth connection, Streamtech provides an excellent service for all. Aside from that, it also offers affordable fiber internet bundles for the home.

Streamtech has a clear goal of being the fastest fiber internet provider in the Philippines. Its flagship product comes with a modem that delivers quick and reliable connections for all kinds of data-intensive applications, e.g. point-of-sale systems, CRM’s, video gaming and more.

Adding to this feature is the unlimited bandwidth. It has a higher internet speed with no monthly data cap. This way, you will enjoy your internet connection, which has the potential to #ExceedLimits.  It might be the ideal present for Mother’s Day.

Another thing to consider about Streamtech is the efficient customer service. Chat support is on standby 24/7, so you can have assistance whenever you need it. Check their website and official social media pages to know more about their products and services.

Since a mother’s love is as sweet as a flower, we must demonstrate that we genuinely care.

Receiving a lovely bouquet of fresh flowers is a heartwarming experience. As you gaze in awe at the blooms, you wish the beauty and vibrancy will last forever. Withering, on the other hand, is unavoidable. However, they can be encouraged to last much longer under the right conditions.

1.  Always cut the stems before placing them in water.

Most floral arrangements are already trimmed, but it is wise to clip the branches to allow fresh water to penetrate. Cut diagonally about an inch from the bottom.

Before you place the flowers in the vase, remove the extra leaves most likely to rest under the water. Clean stems and clear water will prevent bacteria from building up.

The vase or container’s size also matters. It should not suffocate or crush the plants, nor should it be too large to maintain the shape and style.

Place your arrangements in a cool, shaded area that receives indirect sunlight. Keep them away from fruits and vegetables as they emit ethylene gas, leading to flower wilting.

5. Change the water every two days.

Take the flowers out of the vase every two days and replace the water. Make sure to rinse the vase thoroughly before refilling it with fresh cold water. Always remove dried leaves and wilted flowers every time you change the water.

PRO TIP: Using warm water, encourage your flowers to bloom. However, if you want to prolong their life, do use cold water. Make your own flower food with items you most likely have around the house to help them survive.