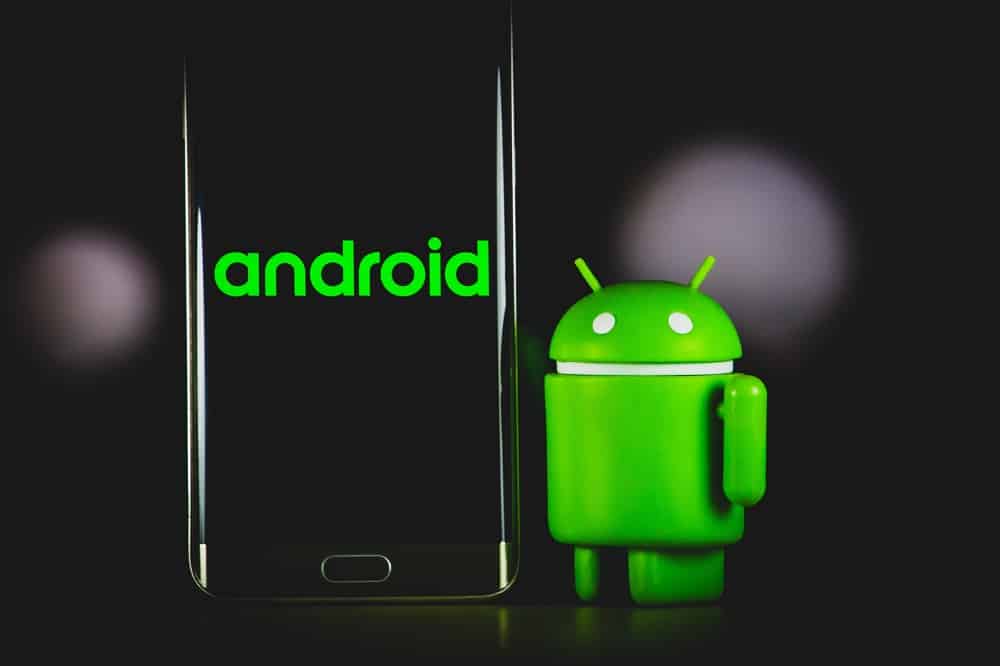 It feels as though Android 12 was just released. And the new operating system has yet to make its way onto the great majority of smartphones. Thanks to Android Developers’ recent updates, we’re already getting a preview. It gives us a hint on what to anticipate from Google’s mobile operating system’s next big upgrade—Android 13.

Before you plan on upgrading your operating system to Android 13 anytime soon, be in the know with this new version. Aside from having unlimited Wi-Fi powered by fiber internet for home, Android 13’s newest features may help improve your experience in using Android devices.

Check out these related articles:

Why Release A New Operating System

Every year, Google’s development cycle requires a new version of Android. And to ensure it is bug-free and application-ready, the company opens developer previews in the early months of the year. Following this will be a more fully-featured betas later in the year. Given Android’s open-source nature and the sheer scale of the project, we already know quite a bit about Android 13 well in advance of its formal release.

Each generation of Android undergoes numerous stages in its development before finally making its way to the masses. It starts with developer previews, before more complete public betas arrive. After which, a general release takes place. Google’s own Pixel phones and those manufacturers who subscribe to the each update’s Android Developer Preview Program usually spearhead this.

The first official signs of Android 13’s existence took place on 11 February 2022. This is when Google released the first developer preview build of its next major OS update.

On March 17, 2022, Dave Burke, VP of Engineering, published an article on Android Developers’ blog. It discussed the second developer preview.

Android 11’s and 12’s first developer previews made their debuts in February 2020 and 2021, respectively. The first public beta for each recent Android release were consistently being made available in May, each year. Meanwhile, the full version release rolled out in September in the past two years. With this in mind, it seems safe to assume that this year’s first public beta will likely be served up in May. Additionally, the final release of the stable build of Android 13 will hit devices in September.

Which Android phones will get Android 13?

The safest way to ensure you’re going to receive an invite to the next release of Android is to own an Android device.

Android’s developer previews have everything you need to try the Android 13 features, test your apps, and give us feedback. You can get started today by flashing a device system image to Pixel devices. These include Pixel 6 Pro, Pixel 6, Pixel 5a 5G, Pixel 5, Pixel 4a (5G), Pixel 4a, Pixel 4 XL, or Pixel 4 device. If you don’t have a Pixel device, you can use the 64-bit system images with the Android Emulator in Android Studio Dolphin. For even broader testing, GSI images are available. If you’ve already installed a preview build to your Pixel device, you’ll automatically get this update. And you’ll also get all later previews and Betas over the air.

Android 13’s first developer preview was released in early February, giving us a sneak peek at Google’s next big version.

Here’s what was disclosed during the first developer preview:

An extension of Android’s existing document picker, the photo picker is set to serve as “a standard and optimized [sic] way for users to share both local and cloud-based photos securely.”

Like the document picker, this feature side-steps the need for permission to access all photos and videos on Android devices. This is in order to let the user access shared media, and should better unify Android’s media sharing experience across devices from various manufacturers.

2. Nearby device permissions for WiFi

Contrary to Android’s current configuration, there’s an addition of the NEARBY_DEVICES_RUNTIME permission. It will let apps more easily discover and connect to nearby devices, without needing to ask for location information; simplifying interconnectivity over WiFi with nearby devices and making things easier for app developers in the process.

New APIs for developers to make custom tiles to fit within the quick setting section of Android’s notification shade. Developers will also be able to have their apps throw out a prompt for users to instantly add such tiles with a tap.

As an extension of the system-wide palettes that Material You uses to dress your phone’s interface with a consistent color theme, app icons can also benefit from this effect. While Google has full control over its own apps, changing app icons to match a theme can become inconsistent when it comes to third-party offerings.

To address this, developers are being urged to include a monochromatic version of their app’s icon within their app submissions. This will be paired with the code will allow Android 13 to dress the icon file with the dynamic Material You color theming magic that it introduced in Android 12.

Multilinguists rejoice! A feature codenamed ‘Panlingual’ looks is set to allow users to specify language settings on an app by app basis. This means those who use apps that aren’t natively in the same language as their device’s system language won’t have to worry about working with a poorly translated app.

Apps might start to look a little more dynamic, with Google implementing something called “RuntimeShader objects.”

Developers will be able to leverage the same tools the company itself uses to adorn Android with UI effects like rippling, blur and stretch overscroll.

7. The continuation of Project Mainline

Project Mainline aims to make the process of updating parts of Android and adding new features similar to that of how apps are already updated, via Google Play system updates, rather than having to include them as part of fully-fledged OS updates.

This is how Google intends to push features like the aforementioned Photo Picker. This is rather than making it an Android 13-exclusive addition.

A surprise addition could bring smarter media sharing across multiple users. According to leaked details from “an anonymous and trusted source,” Android Police uncovered a tap-to-transfer (TTT) system. It will allow users to pass on media controls to other devices.

If you’re unfamiliar, each version of Android (at least since version 1.5) has a codename inspired by a sweet treat. Successive releases take on new names in alphabetical order.

During the second developer preview, the Android Developers blog cited the specific changes that come with Android’s newest version.

Here are some of the confirmed features in developer preview 2:

Apps hoping to fire off user-targeted notifications will initially have to ask for the privilege of doing so on Android 13, while on Android 12 devices (or lower) “the system will handle the upgrade flow on your (the developer’s) behalf.” Google’s developer site doesn’t specify what “handle” means, in context, however.

A dry but important set of improvements come with how Android 13 handles certain text.

One will benefit Japanese users. Japanese text wrapping will ensure more coherent and readable characters within Japanese-language apps and improved line heights for non-Latin scripts (examples given include Tamil, Burmese, Telugu, and Tibetan) will adjust line-height dynamically based on the language being used to ensure characters are no longer cut off (great for non-Latin app UIs in particular).

Additionally, Android 13 may be the first release to add full support for Bluetooth LE Audio.

The foundation for Bluetooth Low Energy audio support had already been in Android 12. But Android 13 brings the functionality to life.

As spotted by technical analyst Mishaal Rahman, long before the release of the second Android 13 developer preview, Bluetooth LE had only ever been used for data transmission but Google has now folded in the LC3 (the Low Complexity Communications Codec) for Bluetooth A2DP (Advanced Audio Distribution Profile), allowing for high-quality audio with lower power demands, by way of Bluetooth LE.

Support for MIDI 2.0-compliant devices over USB allows for “increased resolution for controllers, better support for non-Western intonation, and more expressive performance using per-note controllers,” according to Google’s own developer site. Of course, this is great news fundamentally for musicians and music producers.

While not explicitly mentioned in the announcement article for Android 13 developer preview 2 as initially spotted by Android Police, changes made to the Battery Resource Utilisation section of Android 13’s developer documentation make mention of a new notification that’ll pop up when the system detects an app causing excessive battery drain.

Certainly, the notification arises after a 24-hour period, in which Android 13 takes into account factors like foreground services (even those that have visible notifications), work tasks, background services, and an app’s cache to decide whether extraneous battery drain is coming from a particular source.

With each platform release, Android developers are also working to make updates faster and smoother by prioritizing app compatibility. In Android 13 they made app-facing changes opt-in to give you more time and updated their tools and processes to help users get ready sooner.

In fact, as Android reaches Platform Stability in June 2022, all of the app-facing system behaviors, SDK/NDK APIs, and non-SDK lists approaches finalization. At that point, you can also wind up your final compatibility testing and release a fully compatible version of your app, SDK, or library.

Other Info Based on Leaks and Rumors

Aside from the confirmed features, some websites have released speculations on other changes that come with the new operating system.

Here are some of them:

The lock screen clock, as it appears on near-stock and AOSP builds of Google’s mobile OS sits front and center on-screen, occupying most of the display. While some skinned versions of Android allow for lock screen customization to some degree, seldom is there the option to shift the clock around.

Android 12 introduced new draconian battery-saving measures. This makes it even harder for apps to run in the background, summarized under the so-called PhantomProcessKiller. While this helps keep rogue developers in check, it also leads to unintended consequences for apps. This is true of those that absolutely need to run multiple heavy processes in the background. Certainly, an example would be the Linux terminal emulator Termux. Android 13 might also introduce a toggle in developer options. This will allow power users to turn off this measure for edge cases just like Termux.

Google is also developing a new feature called “TARE,” short for “The Android Resource Economy”. It is to monitor how apps run in the background and which tasks they perform, awarding and taking credits from apps to limit their ability to schedule unlimited jobs for the future.

Most of us, if not all, have Android devices at home. In fact, statistics show that there are currently 2.5 billion Android users worldwide. With the release of Android 13, we expect a better user experience for Android device owners. However, having an updated OS isn’t the only way to achieve seamless surfing, playing, and streaming at home using Android devices. You also need the power of fiber internet for home.

Keep up with this digital age with Streamtech’s unlimited Wi-Fi. Subscribe to Streamtech’s affordable home internet plans and enjoy unlimited Wi-Fi as you #ExceedLimits with your Android device! Also, if you want to know more details, you may log on to Facebook and search for Streamtech Internet.

PrevPreviousWhat are the COVID-19 Alert Level 1 Guidelines we need to know?
NextWhat is a reel and why is it famous now?Next