What is the Axie Infinity Update Today? 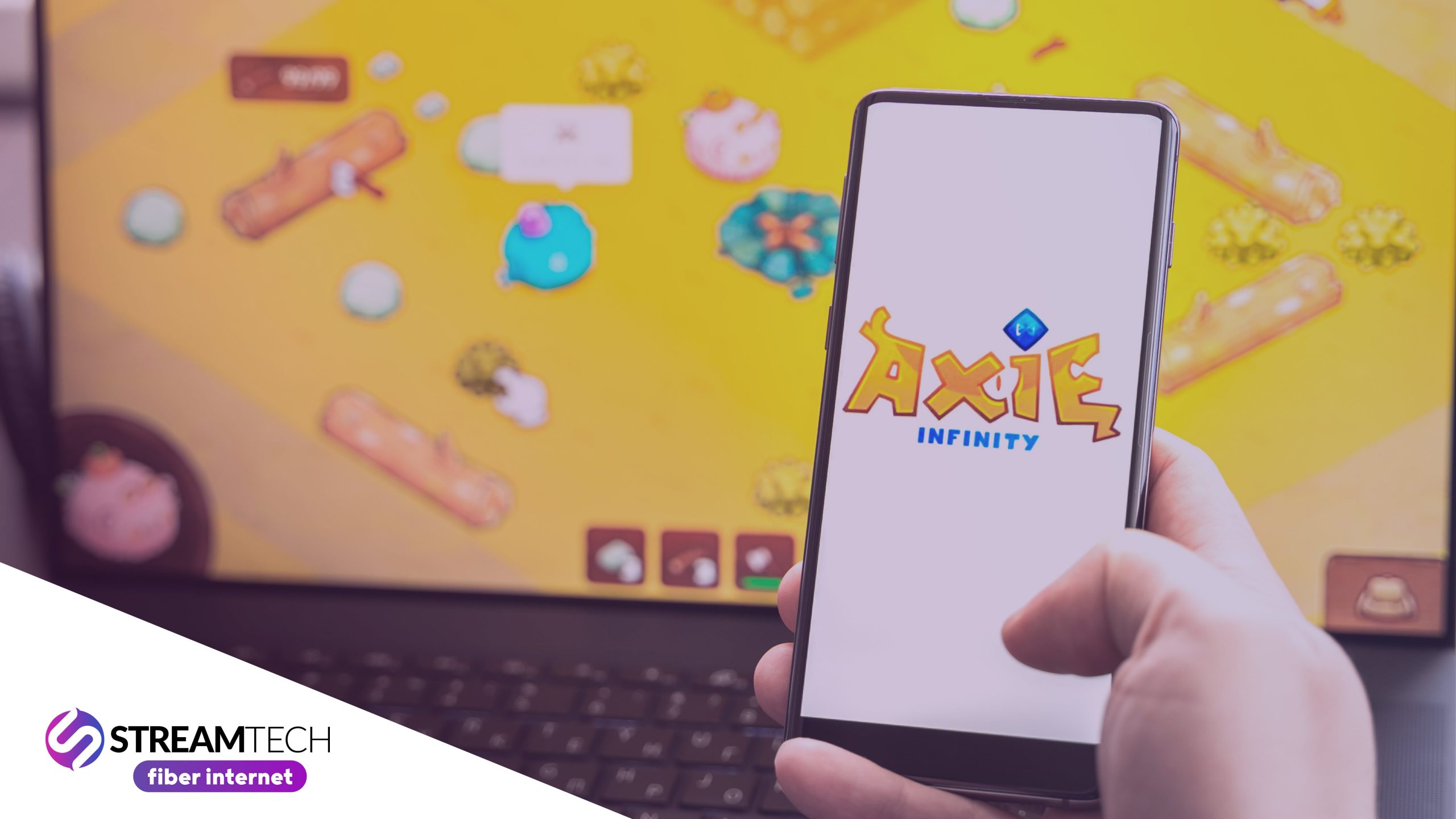 Axie Infinity has some exciting news for all of the players out there. For months, the developers have been working tirelessly to make numerous changes to the game. But before we discuss the recent changes, let’s start first with the good news!

Axie Infinity is now the most profitable application in the entire crypto industry. Since its inception in May, it has grown tremendously from 38,000 players to over 2 million daily active users. And it continues to grow. Indeed, it is the biggest NFT game in the market.

Here’s a sneak peek at what’s been going on in Axie Infinity. You can now sell your axies. Previously, you could only trade them with other axies, but this is no longer the case. Axies can also resurrect after some time. As a result, even if they die in combat, you will not lose them. There is also a slew of new features, both big and small, on the way. So, if you want to take advantage of all of these new features, you should make sure you have unlimited internet access.

Because of the recent surge in new players, Axie Infinity servers have experienced overload or even downtime. Hence, the engineers have been performing regular server maintenance.

In addition, they have hired community members to lead their support system and have added more people to scale up their servers. They are also seriously considering upgrading their mainframes to accommodate a growing player base.

Having unlimited internet from a reputable internet service provider in the Philippines is also essential for Filipinos playing this game.

Battles V2, also known as Origin, is an upcoming battle system that will bring a completely new gameplay experience to the Axie Infinity community. It will be significantly faster and more dynamic. Additionally, players can try out a free version of the game before fully immersing themselves in it and spending real money.

This new competition system, however, has yet to be released by the game creators. They’re still putting together an internal Origin test. If it passes this round of internal testing, the game designers will then launch the trial version to a small group of veteran battlers.

The following is a preview of the new battle system:

The team puts considerable thought and effort into this mode. Developers are making the different chapter bosses exceptional and rewarding by modifying the season structure and continuously expanding it through future patches.

Origin’s engineers and game designers are also working on the PVP system. Additionally, they are also enhancing the stats for body parts and abilities for the cards. They want to add new mechanics and retain the spirit or concepts of their old versions. Axie Infinity is also considering expanding the team and deck-building customization.

In the meantime, they are concentrating on balancing the cards, improving art and animations, and simplifying the user interface. They have already completed 70% of the new card art, but the enhancements still need a lot of work before actual testing.

In the Axie homeland, Lunacia is the partitioned tokenized land that serves as the home and base of operations for many Axies. You can upgrade these plots by collecting various assets and crafting ingredients while playing the game.

The new model is still under development. Once this mode is complete, players can establish a base by gathering materials and constructing structures and decorative elements such as trees and fences. Then, they will fight for control of neutral territory and create custom experiences on top of their land plots later on.

So far, the developers have completed the following tasks:

Ronin Wallet is an Ethereum-link sidechain created by the Axie Infinity developer Sky Mavis. It is the scaling solution for NFT games. Currently, it has deposited assets of over $5 billion and over 2 million downloads.

Ronin Dex will allow Axie players and investors to trade SLP, AXS, and WETH directly, saving them gas fees associated with other crypto wallets and exchanges. However, Ronin has yet to be released. While a date has already been set, the developers are still mum about it. In the meantime, players and investors can purchase AXS and SLP on Ronin using a card via Ramp Network.

However, as the good news continues to pour in, some players are pretty disappointed with the new matchmaking ranking update. Gamers with less than 800 MMR can no longer obtain Smooth Love Potion and Small Love Potions (SLP rewards) from adventure, arena, or daily quests.

Previously, upon game completion, all players received a guaranteed 75 SLP per day (50 SLP from adventures and 25 SLP from daily quests). That is no longer the case. Sky Mavis, Axie’s game founder, said this new measure would prevent players from abusing the MMR system to score easy wins.

Furthermore, they want to ensure that players enter the arena to compete, not just to earn rewards. The new system also intends to limit SLP rewards to those who devote more time to the game.

Consequently, the game server will no longer save match records. It will only be accessible via the player’s device.

The upgraded breeding methods and Axie level reset announced by Axie Infinity on the first week of October should now take effect. It means that Axies will reset to the first level whenever they change owners.

Furthermore, the friendly competition is back in the game. You can now challenge any trainer on your friends’ list to a cordial fight.

WHAT THE NEW UPDATE BRINGS

The game’s developers stated that the objective of this update is to eliminate bots, which steal SLP and reduce its value for genuine, hardworking players. They also want to encourage players to learn how to be more competitive in the arena. Lastly, they want scholarships to be more focused on teaching and educating.

The new system will be very beneficial to the game in the long run. New features such as crafting, burning, and dex will create balance in the economy.

The game developers recognize that these changes may be stressful for players with weaker teams, especially the elderly and disabled. But they reiterated that Axie is a game that should reward players with high skill levels.

HOW TO UPDATE AXIE INFINITY

You must update your app to enjoy the game’s improvements. To implement the changes, follow these steps.

Axie has decided to roll back the game to the previous version due to problems discovered during the patch. In the end, they determined that the problem was a performance issue that would take a significant amount of time to resolve. You can still restore the previous version anytime, even if you have already updated your game.

While the community was disappointed by the unexpected delay, the developers did not want to displease the players by delivering a shoddy product. In addition, there is some exciting news to cheer you up.

IGNITING THE PLAY TO EARN REVOLUTION

Unlike traditional gaming, where only game publishers and app stores hold power, Axie provides equal opportunity to all participants – creators and players alike. Thus, it has grown in popularity, drawing millions of players worldwide.

Axie has received $152 million in new investment to boost the play-to-earn revolution. With this additional funding, Axie will bring in incredible talent worldwide to help scale its infrastructure for future growth. Furthermore, it can assist game developers in creating NFT-enabled games and developing distribution platforms.

With the addition of institutional investors, Axie can expand its reach and strengthen its legitimacy in terms of regulatory protection. Furthermore, it will allow the community to scale and hire without depleting the AXS token reserves.

Axie is the first game created to be owned by the community that plays it. It gives equal importance to its players by sharing its merits with them.

When it comes to their core values, the Axie Infinity team is resolute that they will never compromise on these principles: value recognition, collaboration, and partnership even if they keep breaking new grounds. They are adamant about making their mark on gaming history.

“Relentlessness is a part of our DNA, and we will continue to push the boundaries of what’s possible,” Sky Mavis said. Thus, players can look forward to a slew of new and exciting features in the game. Undoubtedly with the new funding, they will be able to accelerate these improvements in their roadmap.

Since each Axie is a ticket to a growing collection of experiences, game creators are also looking forward to transforming Axie into an ecosystem where experiences will be built by external game studios and dedicated community developers.

By the way, the game founders are looking for builders and missionaries to assist them in ushering in a paradigm shift in game design.

Streamtech prides itself on being one of the leading internet service provider in the Philippines for gamers. We know that unlimited speed and reliability are essential to the gaming experience, and we’re happy to provide our customers with a high-quality internet connection.

Streamtech started as a small company, but now it’s competing with big names as a clear leader among fiber internet service providers in the Philippines. Despite our rapid growth, we’ve maintained our core values as a small business by providing quality service to all of our customers.

Streamtech, like Axie Infinity, is relentless in pushing the boundaries. We are constantly looking for new and innovative ways to provide you with the most enjoyable gaming experience. To keep up with Axie Infinity’s growing popularity and progress, Streamtech is constantly upgrading its network. We want you to enjoy your favorite game while connected to the fastest fiber internet. This way, you can easily buy and sell Axies and compete with your friends without experiencing a delay.

Furthermore, Streamtech offers a variety of affordable fiber internet for your home or small enterprises. Our fiber-optic network uses cutting-edge technology to deliver blazing-fast broadband speeds that are reliable and secure for residential and business use.

Why should you struggle when you can upgrade at an affordable cost? Remember, there’s always a better option. Streamtech’s unlimited internet is an excellent ally for any online activity, including gaming, home viewing, business, learning, and virtual work.

Learn more about our products and services by visiting our official Facebook page. You can also check our local Facebook pages in your area. SAM – Support and Assistance Mate – is also available to assist and answer your questions through our various customer service channels. You may search Viber for “SAM by Streamtech Internet.”