Did you know which countries have the fastest internet connection? 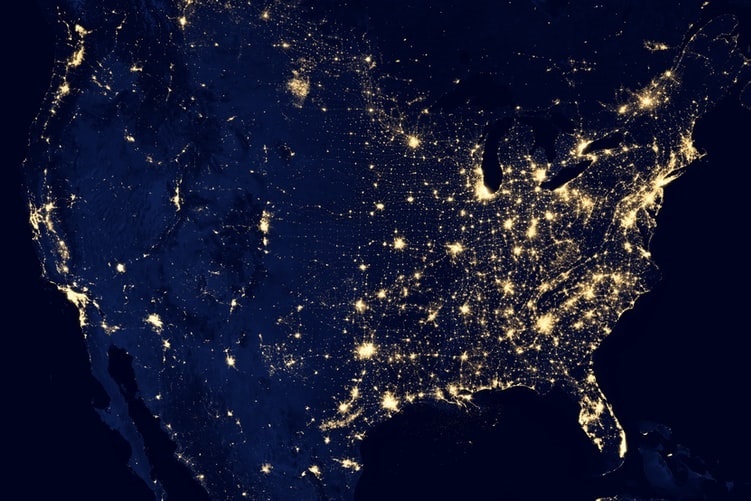 Photo by NASA on Unsplash

In today’s modern landscape, we have become largely dependent on the internet. Young people use the internet for study, chatting with pals, and watching funny videos. As adults, we do the same thing plus a lot more, such as pay bills, work from home, and make new friends, and even pursue love interests.

Because of modern technology, today’s internet is quicker than ever. We can watch TV episodes and movies on our phones, download huge files, work with peers, and multitask with numerous tabs thanks to the fast internet.

What is the Global Average Internet Speed?

As of September 2020, the global average download speed on fixed broadband was 85.73 Mbps, according to data from Ookla, a company that specializes in internet speed testing. The average download speed for mobile devices is 35.96 Mbps. These figures are anticipated to rise as technology advances and network infrastructure improves.

In January 2021, the average internet speed climbed to 96.98 Mbps, while the mobile average increased to 46.74 Mbps. Because technology is projected to advance and networks are expected to improve, this average figure is forecast to grow and continue to be useful.

Internet in the Philippines

What is the Philippines’ performance in the global rankings?

According to the latest information from internet speed analytics firm Ookla, the average internet speed in the Philippines has increased significantly since last year, both for mobile and broadband. Additionally, PH has risen 47 spots in fixed broadband speed rankings since June 2020, according to Ookla.

Mobile internet download speeds increased from 16.17 Mbps to 32.84 Mbps between June 2020 and June 2021, as recorded by users on Ookla’s Speedtest website. The statistic reflects a 40-level increase in speed, moving the Philippines from 115th to 75th place. Upload speeds for mobile devices increased from 5.91 Mbps to 8.92 Mbps.

According to a June 2021 report by internet monitoring firm OpenSignal, 5G has been a benefit to the Philippines, with 5G download speeds 10.4 times faster than 4G.

Fixed broadband download speeds rose even more drastically during the same period, jumping from 23.74 Mbps to 66.55 Mbps – just shy of a tripling – propelling the Philippines 47 places, from 109th to 62nd, as seen in the graph below. From 23.46 Mbps to 66.86 Mbps, upload speeds improved. The global averages for download speed and upload speeds are 106.61 Mbps and 57.67 Mbps, respectively (upload speed).

Based on Ookla’s July 2021 data, Monaco has the fastest broadband download speeds of 256.70 Mbps. Singapore follows this with 256.03 Mbps and Hong Kong with 248.59 Mbps. Liechtenstein has the 10th-fastest internet download speed of 207.44 Mbps.

Let’s take a closer look at Top 10 countries with the fastest internet speeds on fixed broadband:

Monaco ranks the second-highest in the world in terms of nominal GDP per capita. Because many Monegasques go to France and Italy for work, the country has a relatively low unemployment rate. Monaco boasts the lowest poverty rate in the world as well as the highest concentration of billionaires and millionaires per capita. Monaco’s economy is bolstered by tourism, finance, and the casino sector. This European nation has an average internet speed of 256.70 Mbps.

Singapore, a technologically savvy city-state, not only has a thriving economy but also boasts the fastest internet speed in the world. Users have access to an average of 256.03Mbps of broadband. That is one of the reasons why tech-savvy entrepreneurs desire to relocate to Singapore. The good news is that the government provides permanent residence to those who invest in the country’s economy.

Another excellent nomad hotspot, with an average speed of 216.16 Mbps. People, in general, do not believe that the Internet here is fast, yet as the second-largest economy in Southeast Asia, the country is doing rather well in terms of technology. Although the internet connection is fast here, do your study before relocating to Thailand to start a business or reside.

Romania is the most popular digital nomad location. For years, Romanian businesses have been interested in hiring remote workers. One of the reasons why outsourcing is so popular in the nation is because of the high Internet speed. Romania is a fantastic country to consider if you’re searching for a spot to start a small business. The average broadband speed of 193.47 Mbps isn’t the only thing this country has going for it. It’s also simpler to locate qualified labor here at a reasonable price.

Switzerland is known for its safety, affluence, privacy, and high-speed Internet access. It is home to world-class corporate infrastructure. Some individuals find it excessively dull, yet it doesn’t bother high-achieving entrepreneurs. In Switzerland, the average broadband speed is 178.81 Mbps.

South Korea has been known for its internationally significant pop culture, notably in music (K-pop), television dramas, and film, since the twenty-first century, a phenomenon known as the Korean Wave. It’s no surprise that over 92 percent of South Koreans utilize the internet, with an average internet speed of 212.83. Numerous government laws place a high premium on internet infrastructure, resulting in its rapid and comprehensive growth.

Chile is one of the most affluent and stable countries in South America, outperforming the rest of Latin America in terms of per capita income, human development, globalization, and perceptions of corruption.

With an average internet speed of 209.45, it has the greatest computer and internet penetration in Latin America. Private companies administer the internet sector across the country, offering a variety of services and bundles. Broadband is widely used, however, the speed and cost may differ from a place to another.

Denmark’s internet connection is fast, dependable, and inexpensive when compared to the rest of the globe, with an average speed of 208.50 Mbps. In 2020, 95% of Danish households have internet connections. As of 2018, Norwegians appeared to have the largest number of internet-connected gadgets per home among the Nordic nations.

In this European country, internet speed averages at 207.44. In January 2021, Liechtenstein had 37.8 thousand internet users. Despite having a fast internet speed, the country’s total population of social media users is just 39.3 percent as of January 2021.

Aside from the countries on the list, it is also worthy to mention some other countries with the fastest internet speed. Honorable mentions include France, Hungary, Moldova, United States, United Arab Emirates, Spain, China, Japan, Canada, and Luxembourg.

Do note that the global ranking changes every now and then, but these countries, generally remain on the list of those with the fastest internet speed. If you’ve been planning a trip but still need to continue your remote job, choose any of the nations from the list above.

The countries with the fastest mobile internet speeds are different. The fastest internet speed in the world in terms of mobile connection can be found in the United Arab Emirates at 190.03.

Check out the Top 5 countries with the fastest average mobile speed:

According to the data by Oookla of the Speed Test Global Index, UAE topped the list as the fastest internet speed for mobile connection for July 2021. No other country can match the middle-eastern country’s amazing download speed of 190.03 Mbps.

The East Asian country of South Korea takes the second position in the Top 10 ranking. South Korea, an Asian economic and cultural giant, offers a download speed of 189.20 Mbps, second only to the UAE.

Another Middle Eastern country is third on the list. Qatar, one of the strongest economies in the world, offers an internet download speed of 170.77 Mbps.

China, Asia’s largest economy, is ranked fourth on the list. A mobile internet download speed of 157.72 Mbps is available in this technologically sophisticated country.

Saudi Arabia is the third Middle Eastern country to make the top five list. The kingdom has a download speed of 151.13 Mbps.

Cyprus is an island in the eastern Mediterranean Sea that has been known for its mineral wealth, excellent wines, and produce since ancient times. It ranks 6th in the list with an average internet connection speed of 154.13.

As technology progresses, we can expect this data to change from time to time.

Why do some countries have slower or faster internet than others?

The speed and quality of your internet connection are affected by a number of variables. Only a few of these elements include transfer technology, your location, the number of people you share the connection with, and the device you use.

Here are the reasons why countries differ in internet speed:

Other devices and users

At home, most of us have many gadgets connected to the internet at the same time. If you utilize several services at once, your connection may degrade or stop working.

Streamtech provides high-speed internet services at a reasonable price to families around the country. You may surf up to 150 Mbps with our powerful fiber internet connection. We also provide cable TV connections through our collaboration with Planet Cable, in addition to high internet speed. We can also provide the same level of care to your family. Our Extendifi WiFi extender is essentially a wi-fi repeater that allows families to have access to fast, limitless fiber internet. As a result of Streamtech, your wi-fi signal may reach the farthest reaches of your home.

Households may enjoy video calling, gaming, and other online activities without latency or anxiety thanks to Streamtech’s services. Learn more about us and our services by visiting our website or our Facebook page, and discover why more people are flocking to the Streamtech wifi network today.