Who are the Famous Couple Vloggers in the Philippines? 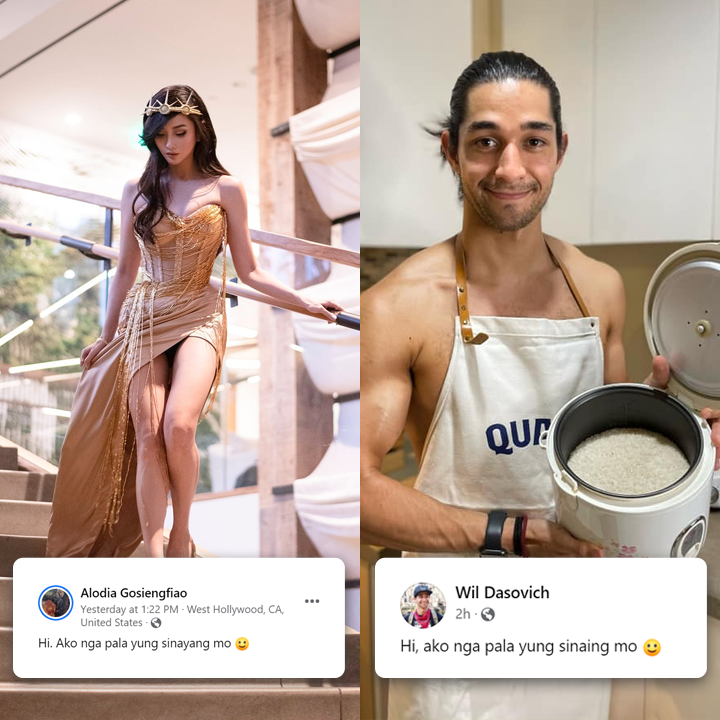 Vlogging has come a long way. Every day, people view more than a billion hours of video content on YouTube. With this video streaming platform taking things to a whole new level, Youtube vloggers and their audiences have grown stronger connections. This is particularly true with couple vloggers.

Getting an inside peek into other people’s relationships has an undeniable allure. This may be one major reason why Filipinos are so into couple vloggers. These vloggers afford viewers intimate facts about their daily lives, and after a time, they seem to become your personal BFFs. If you wish to see these vlogs, you’ll need a great fiber internet connection from a reliable internet provider in the Philippines.

We also have some related articles you might want to read:

Jayzam Manabat and Camille Trinidad are known as the vlogger couple JaMill. The couple was considered one of YouTube’s most popular Filipino vloggers. They were ranked fourth among the platform’s top content creators in 2020, as their videos would generate millions of views and ads. They used to have a YouTube channel with over 12 million subscribers, however, it was deleted on August 19 last year.

On September 15, vlogger couple JaMill returned to YouTube with a video explaining why they had deleted their previous channel. Based on the first video after their return on the streaming platform, Jayzam said Camille began to question his commitment to the relationship, asking whether he was only sticking with her because they had a YouTube channel. He then went on to talk about Camille’s decision to deactivate the channel as a result of the interview. He explained that Camille had been approached by a brand to collaborate on a long-term project that required therapy to assess Camille’s mental health.

After deleting the channel, the couple said they were able to focus on connecting and strengthening their relationship.

Celebrity couple Angel Locsin and Neil Arce wanted to use their YouTube channel in 2020 with the intention of sharing their experience with the “new normal.” For their first-ever vlog, the couple shared a behind-the-scenes peek at one of Angel’s episodes of the show “Iba ‘Yan,” in which they helped members of the indigenous Dumagat tribe during the pandemic.

This vlog episode included footage of Locsin’s candid moments with some of the Dumagat’s children, as well as snippets of the actress “failing” to crack a joke. Similarly, in the midst of the pandemic-induced lockdown, Angel and Neil “opened the doors of their humble home,” although virtually, in order to seek human connection while still trying their best to follow rules and protocols.

Baninay Bautista and Bont Bryan Oropel are noted for their hilarious videos. The couple enjoys taking on new challenges to keep their millions of subscribers entertained, and their followers adore them for their genuine and unfiltered humor.

They parted ways in January last year but they announced that they have gotten back together after a month of separation. Bryan revealed this news in his vlog, ‘Niligawan ko ulit siya,’ (I courted her again) in which he revealed the romantic surprise he planned for Baninay before their trip to Boracay with their pals. Baninay and Bont had been together for over two years before their split early last year.

Despite the fact that Wil and Alodia are no longer together, their followers can’t get enough of the romantic moments captured in their vlogs. Before their separation, this couple has gone through a lot, yet they remained strong. They started dating in 2017, but their relationship only became public in 2018.

Wil was never hesitant to speak openly about his cancer fight, and Alodia was by his side the entire time. They demonstrated that couples should remain together in good times and bad. Recently, Alodia Gosiengfiao surprised viewers not just with her breathtaking appearance at a red-carpet event, but also with a statement she made lately. She stated, “Ako nga pala yung sinayang mo” (By the way, I’m the one you wasted). Netizens speculated that the statement was directed towards Wil.

Supporters and solid fans of singer Kim Paolo Feliciano, also known as “Kimpoy” and Angie “Anghet” Cayetano are excited every time “Paolita vlogs” are uploaded on Youtube. The interaction between the two social media personalities would make netizens believe that they are partners in real-life. Although they have their own respective channels, their fans would always look forward to videos of them together – whether they are traveling, doing home tours, eating out, or simply answering questions from fans.

It has been quite a while since they have filmed a couple video together but they have shown support to each other’s vlogs. Kimpoy was even the one to encourage Angie to start her own YouTube channel.

Vlogger Erin Diaz is the daughter of celebrity reporter Ogie Diaz. On the other hand, Tom is her supposed suitor and a freelance filmmaker. He is known as Direk Tom. The two have been making netizens thrilled over the different collaboration videos they have uploaded in their respective vlogging platforms.

Their followers have been gushing over the pair’s amorous antics in previous videos, like their couple or relationship tasks or “jowa challenges.” They even went to a far-flung location in the province to shoot their vlogs.

This pair is the epitome of love. On YouTube, Miguel Romulo and Rei Germar flaunt off their lavish lifestyle without being obnoxious about it. Watch their videos to see them tour the world. Experience their sweet moments. Laugh along with them as they prank their friends and family and participate in internet challenges.

These two have been documenting their romance for a year and are sure to make you feel everything. On their Youtube channels, Jai Asuncion and Agassi Ching never fail to share their personal stories, both happy and unpleasant. They’ve shown that while relationships aren’t always flawless, they can survive a lifetime if your love for each other is genuine.

We have found solace in viewing videos that have kept us encouraged. And these have brought smiles to our faces during this pandemic. These videos from couple vloggers helped relieve some of the stress that we’ve been experiencing recently.

In order to enjoy these sweet moments from these adorable couple vloggers, make sure you have the connection. And get the ultimate fiber internet from a trusted internet provider in the Philippines.

Subscribe to Streamtech for the best entertainment experience and hassle-free access to the most popular Youtube channels. You can also enjoy our always in-demand internet with cable TV plans. For your homes, you can get up to 25 Mbps speed of internet for as low as P1,499.

What are you waiting for? Experience the Streamtech speed now! Check out our Streamtech Facebook page for more information.