Know the Advantages of Cybersecurity in Today’s Digital Age 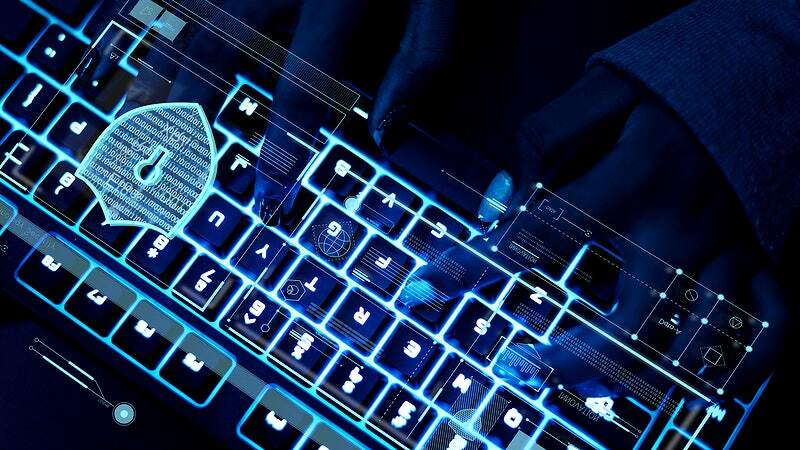 The security risks of cyber attacks have adverse, rippling effects on all key stakeholders and actors across sectors. According to recent research, the number of cloud-based cybersecurity breaches increased by 630 percent from the first quarter of 2020 to the first quarter of 2021. Basically, this effect on data privacy might be attributable to the rise in cloud-based collaboration technologies used by businesses to allow employees to work from home.

Cybersecurity awareness continues to spread with many organizations adopting a healthy environment and policies that might possibly protect them from cyber assault. Truly, this attitude has spread throughout the sector, with each employee considered as a critical security asset in order to achieve a holistic shift in the fight against online hostility.

How can a robust cybersecurity framework benefit you? To fully understand this, let us determine the cybersecurity definition and how it came to be.

And with the growing discrepancy between humans and gadgets in terms of population, attackers have grown more inventive. In turn, putting in place effective cybersecurity measures have become challenging.

The Need for Cyber Security

The current cyberspace is only intermittently linked, leaving areas of vulnerability to terrible exploits and breaches. Cyber attack and denial of service attack happen anywhere. Expectations for cybercrime losses are to surpass $6 trillion by 2021, according to estimates. The alarm has gone off, and every industry is putting money into cybersecurity.

Ordinary people can become victims of cybercrime scams, not only large businesses. According to research, hacking all of your linked gadgets – your phone, personal computer, laptops, smart home devices – takes only five minutes.

Every 14 seconds, a cyberattack occurs, and you will almost certainly be a victim. Cyberattacks, like theft and robbery, are a reality because of our dependency on online. It’s not exaggerated to think of cybersecurity as a component of your cyber hygiene when our sensitive information and social credibility are on the line.

Did you know that there are several forms of cybersecurity? These can be applicable to a computer system or any other smart device. Let’s take a look at each one so you can secure your company and personal information online.

Information technology (IT) security refers to a set of cybersecurity methods that protect corporate assets including computers, networks, and data from unwanted access. It protects the integrity and confidentiality of sensitive data by preventing skilled hackers from accessing it. One of the most popular forms of IT security is network security.

Network security refers to the practice of protecting your data from unwanted access via your computer networks. It protects you from a range of security risks by combining software and hardware solutions.

It serves as a barrier between your network and harmful activity, and as an organization, you want to secure your network so that you can continue to provide services to your employees and consumers. In general, safeguarding your company’s reputation.

Information security (InfoSec) refers to the process of developing and implementing technologies to protect your essential company data against destruction, disruption, and manipulation. It’s an important aspect of cybersecurity because it’s particularly for data security.

InfoSec aims to ensure confidentiality, integrity, and availability (CIA) of your company’s data. It’s development was to ensure that only authorized individuals, programs, or systems have access to sensitive data.

InfoSec comes in different type, the most prominent among them is cloud security.

Cloud Security mainly focuses on the vulnerabilities coming from Internet services and shared environments. It protects the application and Infrastructure security from cloud-connected components.

Software-as-a-service (SaaS) applications and the public cloud can both benefit from cloud security. Achievement of cloud security can be through the employment of a cloud access security broker (CASB), secure Internet gateway (SIG), and cloud-based unified threat management (UTM).

Difference Between IT Security and InfoSec

Although the terms IT security and information security may appear to be interchangeable, each refers to a different type of security. IT security refers to safeguarding digital data through computer network security, whereas InfoSec refers to the processes and technologies meant to secure critical corporate information from intrusion.

Did you know that cybersecurity began with a research project? It only came into existence because of the development of viruses. Cyber crime and cybersecurity’s history can be traced back to the 1940s, long before the computer was invented. Here are some key events that will help you understand how we’ve arrived at today’s point of cybersecurity.

1971 – Discovery of the Creeper Virus

Although mathematician John von Neumann foresaw the notion in the late 1940s, it took another 30 years for someone to implement it. The few users of the ARPANET were in shock when their computer displays flashed the message “I’m the creeper, catch me if you can” on March 16, 1971. Creeper, a type of computer virus, duplicates itself and spreads to other systems. Creeper, unlike today’s dangerous viruses, just displayed messages.

Disaster recovery did not last long. Ray Tomlinson, the creator of email and an American computer programmer, was also working for BBN Technologies at the time. He came across this concept and loved it. More so, he messed about with the software and turned it into “the first computer worm” by making it self-replicating. He called the program Reaper, and it was the first antivirus software to detect and remove copies of The Creeper.

As computers became more advanced, so did cyber attacks. Inventors and technology specialists from all over the world rushed to obtain patents for innovative computer systems. In September of 1983, MIT came up with the first patent on cybersecurity in the United States. The RSA (Rivest-Shamir-Adleman) algorithm was one of the earliest public-key cryptosystems. Its disclosure was in the patent 4,405,829 for a “cryptographic communications system and method.” Modern cybersecurity is built on the foundation of cryptography.

The inaugural DEF CON was in June of 1993. This significant cybersecurity technical conference gathers professionals, ethical hackers, technology journalists, IT specialists, and others. Jeff Moss arranged the event, which drew approximately 100 people. Today, approximately 20,000 cybersecurity experts from across the world attend the annual conference.

Distribution of the worm was using an email with the subject “ILOVEYOU” and the attachment “LOVE-LETTER-FOR-YOU.txt.vbs.” When the secret script was activated, it overwrote random files and sent a duplicate of itself to all of the user’s Outlook contacts. The virus spread so rapidly that the Pentagon and the CIA had to turn down their email servers until the situation was under control.

2010 – Hacking uncovered at a national level

Google surprised the world in 2010, with its disclosure of a security breach of its infrastructure in China—a project it named “Operation Aurora.” Before 2010, it had been very unusual for organizations to announce data breaches.

Google’s initial belief was that the attackers were attempting to gain access to the Gmail accounts of Chinese human rights activists. However, later discovery divulged that it was in fact Chinese intelligence operatives in the U.S. The perpetration of the attack was against more than 50 companies.

In 2020, there were around 6.8 internet-connected (IoT) gadgets per person on the planet. Concerns about cybersecurity are growing as the quantity of personal data available increases.

Next-gen cybersecurity uses different approaches to increase the detection of new and unprecedented threats, while also reducing the number of false positives. It typically involves:

Experts anticipate that by 2030, the number of active internet users will have risen rapidly to over 7.5 billion. As a result, cybersecurity is on the verge of becoming a legal requirement. For example, in the future, engineers may be able to utilize AI to locate vulnerabilities and security breaches. When individuals make bad security decisions or visit hazardous websites, AI may be utilized in UI to convey warnings to them.

The next item that seems likely is cyber warfare, which a few countries may use as an alternative to regular battles. This means that the security infrastructure would need to be mobile in order to respond to an emergency.

A study revealed computer hacks are taking place globally every 39 seconds. Cyberspace will be infested with automated scripts, which means more skilled people will be involved in cybercrimes. This will automate a massive expansion of tech workers that will be cyber enforcers who’ll maintain civility and order in cyberspace.

The current projections also indicate that the global security market will be around $42 billion, by 2020. But the only problem will be a sharp decrease in the workforce with open positions unfulfilled. This will create a vacuum where either company will fixate or invest in immediate priorities or invest in cybersecurity which will be expensive as opposed to the traditional costs.

In countering growing cyber threats, cybersecurity faces continual challenges. Although there is no sign that cybercrime is going to diminish, there is a clear indication of access points that hackers might exploit.

Cybersecurity is essential to sectors spanning businesses and organizations that entail the protection of their respective cyber-IT ecosystems from threats such as fraud, vandalism, exploitation, and espionage, based on circumstantial evidence. Here are some of the major benefits of having a cybersecurity strategy in place:

Cybersecurity in the Philippines

In terms of cybersecurity in the Philippines is particularly vulnerable to cyber-attacks and incidents due to its large social-media-savvy population and lack of data protection procedures. According to one analysis, the Philippines is the fifth most likely country to be attacked, behind Algeria, Nepal, Albania, and Djibouti. After the hacking of the 70 million votes data recorded with the Commission on Elections in 2016, the Philippines had its most massive data breach.

According to a Microsoft study released in 2019, the Department of Information, Communications, and Technology launched the National Cybersecurity Plan 2022 in 2017 to improve the security and resilience of critical data infrastructure and avoid possible economic losses of $3.5 billion due to cybersecurity threats. The government is also lagging behind in enforcing the Data Privacy Act of 2012, which established data protection standards and required all businesses to appoint a Data Privacy Officer.

With Streamtech’s unlimited internet, you may work without interruptions using either shared internet access (SIA) or dedicated internet access (DIA) for a more secure connection. You can satisfy your company’s particular requirements thanks to its numerous fiber redundancy.

More so, we provide inexpensive accessible fiber internet options that are suitable for your needs. Whether your business is a micro, small, or medium-sized business, or a large and established organization, we have something for you. Furthermore, we provide each of our corporate clients with personalized after-sales services. This is to guarantee that your business is constantly performing at its best.

Plus, there’s more. If you’re a current or prospective Streamtech member, get to know SAM, our ever-reliable Support & Assistance Mate! Indeed, all you have to do is find SAM on Viber and speak with him, join our Streamtech Viber Community. Be sure you provide us your Viber number. After that, SAM will take care of everything for you!