Here are Some Mind-blowing Facts about the Internet 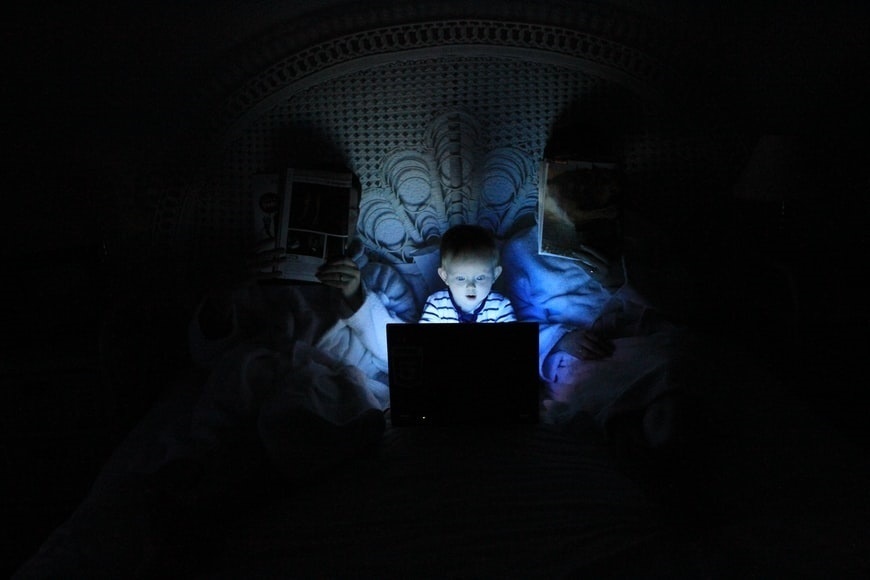 Photo by Ludovic on Unsplash

Almost everyone has access to the internet nowadays. From information about your favorite restaurant to the music video of the biggest pop stars in the world, the internet grants users a plethora of data. Since Tim Berners Lee invented the world wide web for the world to enjoy the internet in 1989, the human race has definitely gone a long way.

From interesting facts about the most popular websites around the world to how the internet changed how people view news today, we’ll talk about a number of facts that might change your perspective on the internet.

The internet is actually older than you might think.

The internet didn’t become mainstream until the last decade of the 20th century. However, it’s been around for decades. The idea of the internet can was back to the 1900s. But the attribution of the concept of the world wide web is Leonard Kleinrock’s.

In 1961, he wrote about the Arpanet, which is also famous as Advanced Research Projects Agency Network. Basically, it’s the first wide-area packet-switched network with distribution control. It was also one of the pioneer networks to implement the TCP/IP protocol suite. This technology laid the foundation for the internet we know today.

Fast forward to 1969: an arm of the United States Defense Department, Advanced Research Projects Agency (ARPA), funded the development of the ARPANET. Its main purpose was basically to link computers at Pentagon-funded research institutions over telephone lines. Needless to say, a lot has changed since then.

In 1985, the U.S. Federal Communications Commission decided to leave large blocks of spectrum unlicensed. At the same time, they allowed vendors to build any kind of network they wanted as long as the frequency is not exclusive.

NCR, a venerable cash-register company, wanted to link their registers to mainframes without using wires. Basically, their customers wanted them to stop drilling new holes in marble floors just for cabling each time they modify the store layout. In turn, NCR developed a wireless LAN, which didn’t exist at that time.

From the start, this group decided that its WLAN technology should become an industry standard. They wanted Wi-Fi routers to be inexpensive. At the same time, any device should be able to connect to it. Thus, Wi-Fi, as we know it today, was born, and ensured to be accessible to most people.

Kudos to a man named Tim Berners-Lee, we launched the World Wide Web.

Tim Berners-Lee may not be as big as a household name as Mark Zuckerberg or Elon Musk, but he made a big impact in your life. How? This inventor coded the first page in 1990, paving the way to what was now the world wide web.

This British inventor was from a family involved in the world of computers. In 1989, he drew up a proposal for creating a global hypertext document system that uses the internet. His goal was to provide researchers such as himself the ability to share their results, and practices without having to e-mail each other constantly. The idea was that researchers would basically have to place information ‘online,’ where their peers can access them any time of the day.

Berners-Lee wrote the software for what became the first Web server (the repository for the files) and the first Web client or browser between October 1990 and the summer of 1991. The first application or page on the web was a telephone directory. This may sound mundane to some people, but this paved the way for internet breakthroughs such as social media platforms like Facebook and search engine giants like Google.

Nowadays, it’s hard to imagine a world without social networks such as Facebook and Twitter. However, they’re not the pioneers in the world of social media.

The first social media network uses the domain name SixDegrees.com. In case you’re looking to create an account, the fact is that the website is no longer active. From 1997 to 2000, this website enabled users to upload photos and shareable information with smaller networks of people.

Why Six Degrees? It was named after the concept of ‘six degrees of separation.’ The website allowed users to list family members, friends, and acquaintances both on the site and externally. External users were then invited to make a profile on the site.

In SixDegrees.com, users could send messages and post bulletin boards to people up to their third-degree connections. They can also check how they’re possibly linked to anyone on the site. It’s a lot like Facebook, but it didn’t really last long.

The name WiFi doesn’t have an actual meaning.

While Wi-Fi has become one of the most commonly used utilities around the globe, the term doesn’t actually mean anything. It’s not an acronym for some sort of technology. It’s not some web page nor is it synonymous with computers.

So how did it come to be? In 1999, an era wherein wireless connectivity wasn’t common, global technology leaders worked together for the adoption of a single worldwide standard for high-speed wireless networks. However, before the adoption of the technology worldwide, it didn’t have a name. The proper technical term was IEEE 802.11, but that didn’t sound very catchy.

The name for something that was meant to be universal had to be memorable. This is to help consumers intuitively understand its basic concept. The brand consulting firm Interbrand proposed the name ‘Wi-Fi.’ Why? Their research showed that people already understood the concept of hi-fi or high fidelity. The name reflects that even without the use of cables, Wi-Fi delivers an interruption-free connection wherever you go.

Since it was launched, Wi-Fi has become synonymous with wireless internet access across all nations. Whenever someone needed a wireless connection, they simply asked for Wi-Fi. You don’t normally hear someone request for IEEE 802.11.

Over half of the world population are internet users.

Because the internet has become embedded in everyday life, it’s hard to imagine a universe without an internet connection. With this in mind, just how many people across the globe are online? As of January 2021, there are 4.66 billion internet users around the globe. That’s basically 59.5 percent of the global population.

To put things into perspective, China, which has the biggest population around the globe has about 1.4 people. This means internet users comprise more than double of the country with the most citizens.

Meanwhile, North Korea is known as the country with the lowest internet penetration rate. As of 2020, Asia was the region with the most online users worldwide, with more than 2.5 billion users.

Google is the most visited website on the internet.

This may not come as a surprise to some people, but Google.com is the most visited website across the globe. The second place goes to the video-sharing website, YouTube. Coincidentally, YouTube is owned by Google.

Officially launched to the masses in 1998, Google is the most used web-based search engine around the globe. From helping e-commerce sales to providing information about your favorite coffee pot, Google has become the go-to spot for searches on data about anything and everything. Students around the world have been reliant on Google for their research.

Professionals use Google not just for productivity, but for research and entertainment as well. It also paves the way for a lot of retail sales on Amazon and other e-commerce sites. It’s become so popular that the word Google has become synonymous with ‘search.’

Twitter wasn’t really meant to be on the internet.

Originally known as Twttr, the popular social networking platform known as Twitter started as a way for friends to communicate with each other through SMS channels. Invented by Jack Dorsey in 2006, the intention for the website wasn’t to be used by millions of people across the globe. This is why initially, you can only tweet using 140 characters.

It may be known as a social networking platform where people get to tweet their thoughts, but it’s actually a popular search engine as well. Twitter handles 24 billion queries a month, which is way more than the searches Yahoo gets. A lot of netizens get their news from Twitter since the message is condensed into short sentences. Information can be processed in a more digestible format.

People are using the internet more every year.

It may go without saying that the internet is integral to a lot of facets of someone’s life. In turn, internet users are spending more time online, especially in the Philippines.

The Philippines is famous as the social media capital of the globe. Aside from being avid users of social networks, Filipinos are also heavy users of the internet.

As of January 2021, Filipinos spent an average of four hours and fifteen minutes each day on social media. That’s a 22-minute increase from the previous year. To put things into perspective, the global average for social network usage was 2 hours and 25 minutes.

Amazingly, despite lagging behind in terms of internet speed (South Korea has the fastest internet connection), Filipinos still continue increasing their internet usage. Filipinos logged in about 10 hours and 56 minutes on the internet daily in the same time frame. In contrast, the global average use is 6 hours and 54 minutes.

This steady increase in internet usage may be due to the ongoing COVID-19 pandemic because most people use the internet at home. In turn, there have been more connections via dating sites, and search engines have been getting a lot of web traffic as well.

The most popular activity on the internet is sending emails.

Receiving a spam email may be a nuisance to some, but sending emails is actually the most popular activity on the internet. Despite the development of websites you can communicate through such as Facebook, a lot of people still use e-mails to record their correspondences.

To this day, the classic email correspondence has dominated over instant messaging and social networking. This is because most companies still use emails as their standard form of communication. Nearly all corporations make use of emails to record information sharing in order to keep tabs on the data being shared.

Email is still so huge even Google has a huge market share of the emails. It’s still a common pet peeve to receive spam email though.

Connecting to the internet with the stellar internet speed of Streamtech

These interesting facts about the internet really put things into perspective that so much is possible through the world wide web. In order to read news and conduct searches on the web without a hitch, you need to have a fast and reliable internet connection.

We at Streamtech Fiber Internet pave the way for fast internet speed so you can enjoy all the amazing data and interesting facts the internet has to offer. You can start your own blog or even search for even more facts about the internet. All this and more can be made possible by upgrading your home internet connection.

With Streamtech, you can exceed your limits, and maximize all the offerings the internet has to offer. We even offer various packages to help you exceed your limits when it comes to home connectivity. Subscribe now or contact our team today to level up your home computers, and enjoy the internet to the next level.

You may visit our official Facebook page for more details.

PrevPreviousAll you need to know about Internet of Things (IoT)
NextApply for a Streamtech Plan Online and Get an Exclusive Speed Booster!Next