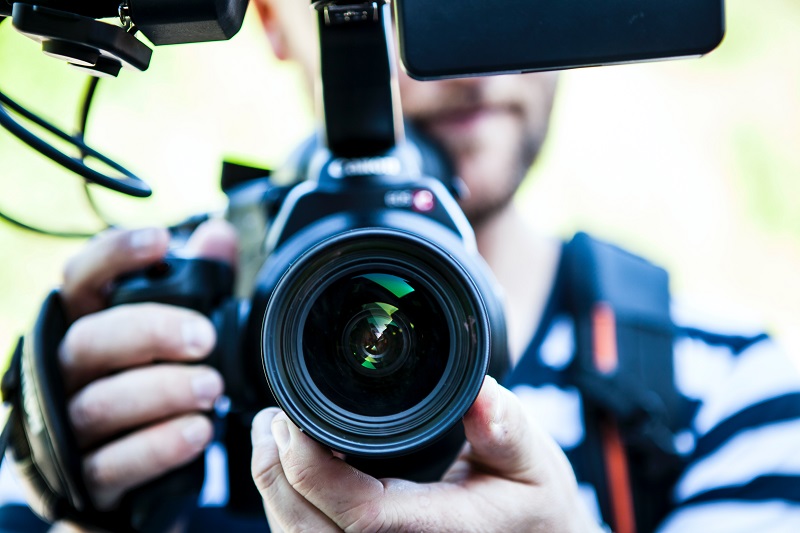 Since it boomed in the mid-2010s, YouTube videos have become a popular source of entertainment. A lot of people have become vlogger celebrities in their own right through their YouTube channels. Amid lockdown, a lot of Filipinos have turned to video content in order to entertain themselves and learn something along the way. That’s why having a fast and reliable internet service provider is important.

One of the original Filipino vloggers around is Cong TV whose real name is Lincoln Velasquez. Cong TV rose to fame in 2008 due to his hilarious skits and parodies. Aside from his hilarious videos, he’s also known for his wide variety of content, including music to online streaming. To date, he has over a billion views and over 9 million subscribers on his YouTube channel. He is the most popular member of the Team Payaman content creator group.

His sister, Ivana, may be a household name nowadays, but Hash Alawi is a prominent YouTuber in his own right. He is known to vlog a lot of pranks and funny content with his sisters. He also participates in a lot of viral challenges on the internet.

Actress turned Filipino YouTuber Ivana Alawi is one of the biggest YouTubers around. Aside from being known as one of the prettiest faces in the country, she is known to vlog a lot about her family and life. She also posts a lot about local food. To date, she has over 14 million subscribers on YouTube.

Wil Dasovich may have started as a model, but he has become one of the most popular Filipino YouTubers in the Philippines. What makes his YouTube channel unique is how he posts a lot of feature stories. He’s also known to share his adventures around the world.

Ranz Kyle Viniel Evidente Ongsee, better known as Ranz Kyle, is a Filipino dancer and social media personality. He’s best known for his dance covers with his sister, Niana Guerrero. However, he also has a lot of other video content on his YouTube channels, such as pranks, vlogs, and challenges. Because of his internet fame, he has received a lot of acting stints and variety show guests. To date, he has over 14 million subscribers on his YouTube channel.

Niana is a Filipino singer, dancer, and YouTube vlogger. Alongside her brother, Ranz Kyle, she posts a lot of dancer cover videos on her page. Aside from dancing videos, she also posts a lot of humor content. While she has a lot of followers on YouTube, she’s better known for her short videos on TikTok.

Jelai Andres is a model, actress, and vlogger. Her online content has paved the way for her career as an actress and product endorser. Her content comprises mainly comedy and life updates. Like other YouTubers, she often collaborates with other vlogger friends for viral content. To date, she has nearly 7 million subscribers on YouTube.

Aside from having over a million subscribers, these Filipino YouTubers have made a lot of money from their videos. That’s why a lot of local vloggers aspire to amass a lot of subscribers on their page. But how can you possibly have your own successful vlog?

Well, you have to have your own YouTube channel. The good news is that you can open your own channel for free. All you need to do is sign in to YouTube and create a channel. You then need to come up with vlogs that would be of interest to a lot of people.

From makeup to local food, college life to practical life tips, game streaming to song covers, there are a lot of stories to choose from. By watching other vloggers, you will have an idea on how you can turn your vlog into a full-fledged business. However, while starting a YouTube page is free, you need to invest in good quality equipment to create nice vlogs.

Aside from posting on YouTube, you can also post your content on your Facebook page to invite more people to visit your page. You can even take this to the next level by opening your website. That’s why having fiber internet is essential for you to fulfill your vlogging dreams.

What Makes Filipino YouTubers So Popular

Becoming a viral sensation in the Philippines is no easy task. It’s not simply enough to have beauty or access to delicious food. These video channels have become big in their own right for having their own personalities. Their relatability factor has also made them so huge, especially among the youth.

If you want to possibly become an internet sensation, you need to invest in a fast and reliable internet service provider. That’s why you should make the switch to Streamtech. By subscribing to a fiber internet connection via Streamtech, you can get inspiration for your vlogs all over the internet. You can also connect with other content creators to come up with great video ideas.

Through our fiber plans, subscribers can rest assured of having a fast and reliable connection, thereby, seamless access to online content of their needs. Who knows? You might even end up as a famous Filipino vlogger someday. Contact our team today to know more.

PrevPreviousBest Ideas to Celebrate New Year’s Day 2022
NextWill You Be Lucky This Year? Learn Your 2022 Horoscope.Next