See These Trending Halloween Costumes of 2021 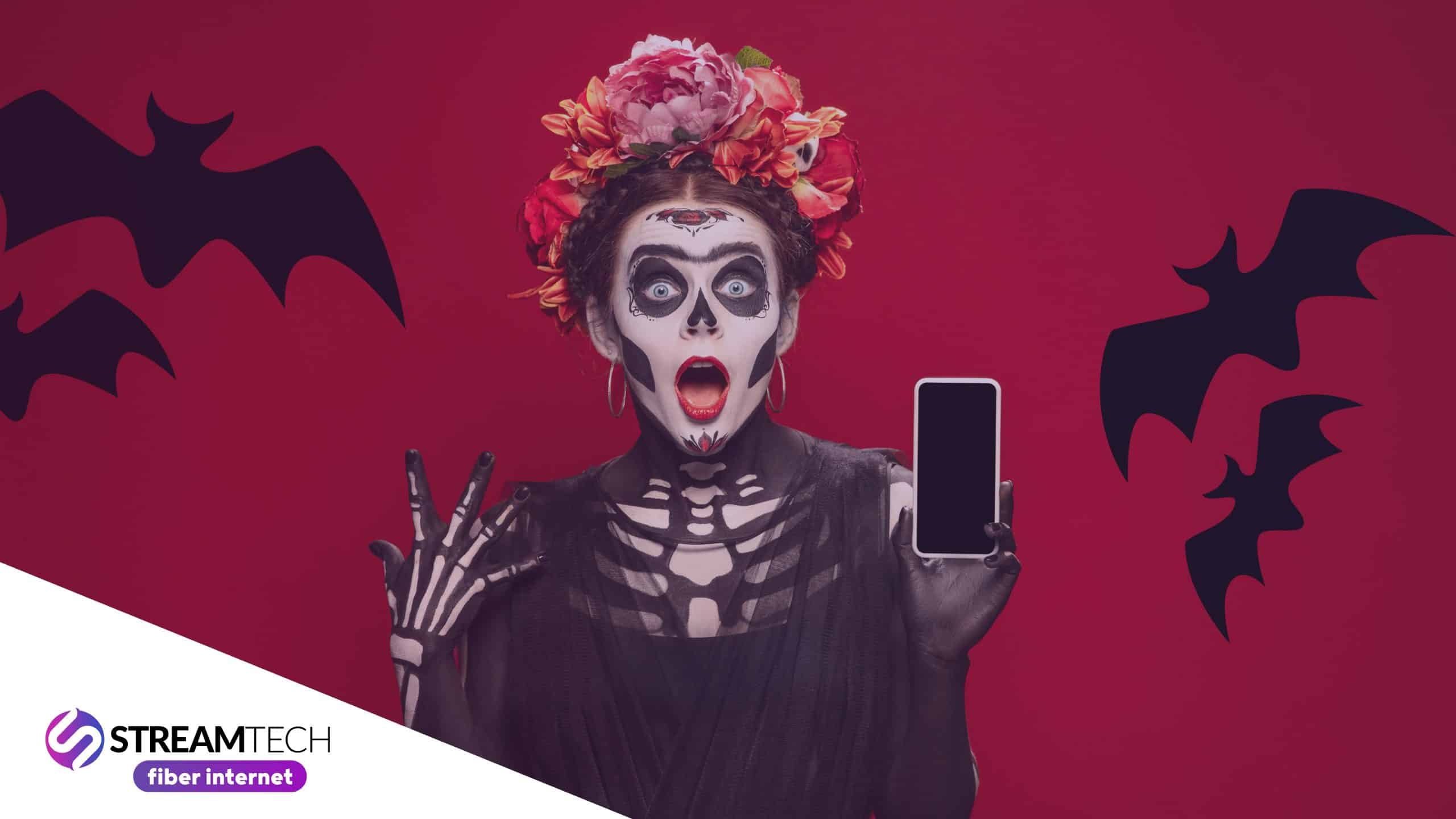 Celebrities in the country and in Hollywood donned some iconic pop culture Halloween outfits, showing that the pandemic did not damp the holiday spirit. And with their high-speed fiber home internet connections, they were able to immediately flaunt these costumes on social media.

The concept may be of a simple costume, but a lot of people hopped on the Squid Game hype by dressing up in characters from the show this Halloween. Some people pretended like they were playing the Green Light game, while some netizens dressed like the mysterious guards. Some Pinoys even dressed up as the creepy doll in the Green Light game.

All one would need to have the perfect costume is to don a shirt and green tracksuit. This is why it was so easy to join the Squid Game hype train. Some people even centered their Halloween party theme on the pop culture phenomenon.

For example, reality star Paris Hilton didn’t dress up in a Squid Game contestant costume this year. However, Paris Hilton posed in her costume with those in their Squid Game outfits.

Considering that Squid Game was launched only last September, it’s cool how it became the inspiration behind some of the most popular Halloween costumes of the year. From Instagram stories to Facebook posts, Squid Game costumes were all over social media.

The perfect Halloween costume amid the pandemic: Among Us

The popular social-deduction game Among Us became the safest Halloween costume idea for those heading to a Halloween party. Dressing up as ‘crewmates’ and ‘imposters’ meant that you had to wear a full suit. Given that you can walk around safely in this costume, it became all the rage for people who wanted to keep it fun yet safe.

Some people even repurposed their personal protective equipment as Halloween costumes. Needless to say, the colorful costume was a hit for those who put safety first on Halloween night.

Last August, Filipina actress and singer Nadine Lustre trended on social media for donning a bikini while buying some sarsa sauce. This simple costume needed one to wear a brown bikini top and denim shorts. The Mang Tomas bottle is just the icing on the cake.

This trending topic turned into one of the most hilarious Halloween costumes of the year. Some people even took the Halloween costume a step further by wearing a wig and bringing a giant Mang Tomas bottle.

Last year, Queen’s Gambit became one of the most popular television shows around. Aside from launching its star Anya Taylor-Joy to superstardom, it also birthed a punny costume.

All one would need to don a costume paying tribute to Beth Harmon is a black dress and red wig. With a red wig, an intense stare, and a chess set, you would totally nail the look.

This costume idea wasn’t only popular in the country. Nina Dobrev and her posse dressed up in their Queen’s Gambit-inspired Halloween costumes. Her boyfriend Shaun White dressed as Beth Harmon while Dobrev dressed up as chess prodigy Benny Watts. Their friend Adam Devine even joined in on the fun. Unlike the couple, Adam Devine didn’t go as a character from the show though.

This year, Filipina weightlifter Hidilyn Diaz made history by becoming the first Olympic gold medalist in the Philippines. In line with her historic achievement, some Pinoys dressed up as her for their Halloween costume.

To dress up as Diaz, all one would need is to wear a singlet and shorts with the ‘Philippines’ written on them. Having a fake barbell helps people determine who inspired the Halloween costume.

With everything happening in the world, this Halloween costume symbolized hope and triumph amid the challenges of life. The Halloween costume tribute showed that Diaz really moved a lot of people with her monumental win.

n early August, one of pop culture’s famous faces, Kim Kardashian-West trended for her all-black ensemble in the Met Gala. The simple yet dramatic outfit sparked a lot of memes and conversations.

To celebrate Halloween, some people paid homage to her Met Gala outfit. This Halloween costume is deceptively easy to recreate. To dress up as West, all you would need is a big black t-shirt, a ski mask, tights, and black curtains or fabric as the dramatic train.

The best celebrity Halloween costumes of the year

Filipinos weren’t the ones who had fun with their Halloween costumes this year. A lot of Hollywood celebrities got into the holiday spirit by donning fun costumes.

As long as you have a reliable internet provider in the Philippines, you can search for the best Halloween costume ideas around. To sum things up, here are some of the best celebrity Halloween costumes of the year:

Despite being on tour, singer and actor Harry Styles had some fun by dressing up as Dorothy from Wizard of Oz. In his concert held at Madison Square Garden, Styles donned the iconic blue dress and red shoes the character is known for.

Styles is known for his gender-bending ensembles on and off stage. This is why people weren’t shocked when he chose to wear a dress for his Halloween costume.

Every year, Joe Jonas and his wife Sophie Turner are known to dress up to the nines to greet people with’ Happy Halloween.’ This year is no different, and they even gave a shoutout to his history to the house of mouse.

Disney alum Joe Jonas paid tribute to his Disney past by dressing up as other famous Disney characters this Halloween. He and his wife, Sophie Turner, dressed up as Isabella and Paolo from the Lizzie McQuire movie. The couple’s friend, Olivia De Jonge, dressed up as Lizzie to complete the trio.

Lil Nas X is known in the Hollywood circuit as someone who loves to dress up. This Halloween, he definitely did not disappoint. In fact, the rapper dressed up for Halloween twice.

For his first costume, he dressed up as a character in Nickelodeon’s Ned’s Classified School Guide. For his second costume, he took a different turn with his Harry Potter villain Voldemort costume. Given how he went all out with both ensembles, his costume changes became the talk of the town.

Drew Barrymore as her future self

For the last season of her show, one of the few female comedy legends around, Elle DeGeneres dressed up as herself in the future. In a loud pink outfit and trolley, she pretended like a senior citizen.

DeGeneres is known for her hilarious getups so it makes sense that her Halloween costume for this year would be special. It goes without saying that this one was close to her heart.

For his annual Halloween party, Lakers star Lebron James dressed up as an icon in the horror universe, Freddy Krueger. With prosthetics on his face, the iconic claws, and the torn striped top, James turned heads and made waves on social media.

In his Instagram story, he shared that other Lakers teammates dressed up for his party as well. Russel Westbrook dressed up as killer doll Chuckie, while Anthony Davis was Candyman. Needless to say, the basketball team had fun with their Halloween costumes this year.

Hollywood veteran Jamie Lee Curtis may have starred in her own horror movie classic, Halloween, but she paid homage to a different icon this spooky season. As a nod to her mother Janet Leigh, she dressed up as Marion Crane in Psycho.

In addition to the iconic blue dress and blonde bob, Curtis even held a blood-stained curtain to boot. Given that her own character in the movie Halloween sparked a lot of costumes, it’s nice to see Curtin pay homage to her roots.

For their first outfits, they dressed up like they were in a music video of the Sex Pistols. Next, they paid tribute to the movie ‘True Romance.’ As a finale, the couple dressed up as Edward Scissorhands and Kim.

In recent years, another Stars character has become a pop culture phenomenon. Grogu, who is widely known as Baby Yoda, has sparked countless memes and merchandise. This Halloween, singer Lizzo dressed up as Star Wars’s cutest character yet.

Aside from dressing up as Grogu, she also dressed up as Dorothea of Bebe’s Kids. For her Halloween costume finale, she dressed up as her pal Kim Kardashian-West.

Musician Megan Thee Stallion definitely had some fun as she dressed up as an iconic Disney villain this Halloween season. Megan put a sexy spin on the stylish Cruella de Vil with her risque outfit.

Aside from dressing up as this pop culture fixture, Megan also donned a sultry fairy outfit. Needless to say, Megan made this year’s Halloween count.

Britney Spears in a murder mystery

Singer and pop culture icon Britney Spears definitely stepped her storytelling skills this Halloween. She didn’t just pose in a sexy costume this year, she told a murder mystery. Given that Spears was recently emancipated from her conservatorship, it’s just right she has some fun.

Whether you’re looking for a future Halloween costume idea or researching the history behind the holiday, it’s important you have a fast fiber home internet connection. That’s why you should entrust a reliable internet service provider in the Philippines.

It may be too late to come up with a Halloween costume this year, but it’s never too early to plan for your Halloween party next year. With fiber home internet, planning for the Halloween party will be a breeze.

One of the newest internet service providers in the Philippines, Streamtech Fiber Internet, allows you to exceed your limits and entertain yourself through a fast fiber home internet connection. Connect with our team today to know more. Visit our official Facebook page for more details.

PrevPreviousWhat is Singles’ Day and What is Exciting in Its Celebration?
NextHere Comes the Big 11.11 Sale in the PhilippinesNext