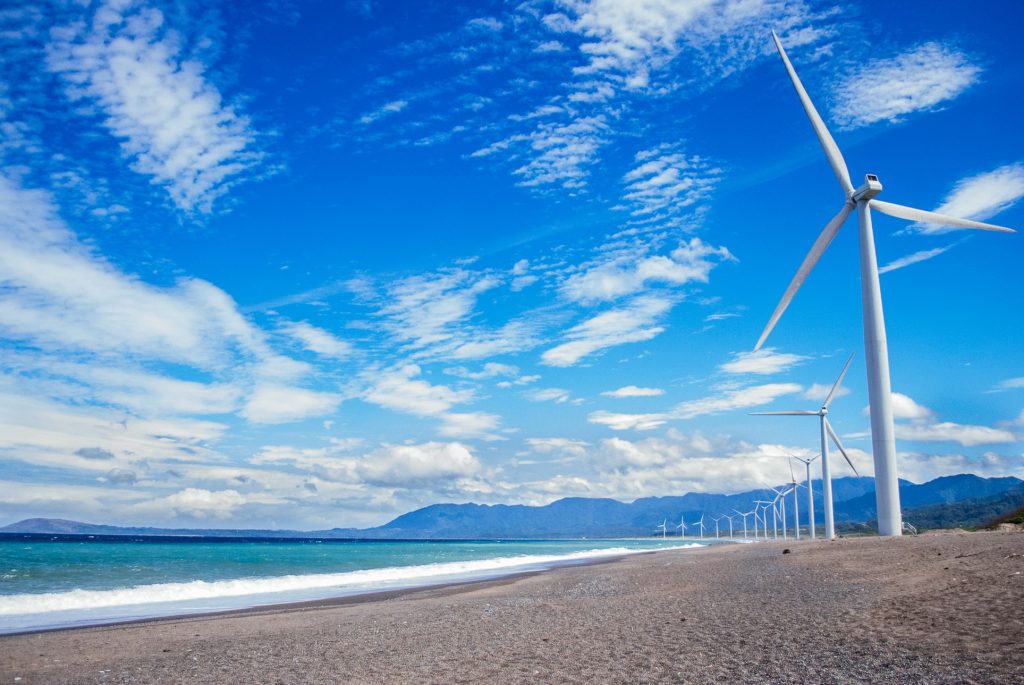 Access to the internet is a standard feature of a person’s life in a metropolitan city. Thus, internet service providers keep their customers satisfied by adding more features to their existing internet plans. However, there is one telco that places equal emphasis on rural areas. Streamtech brought fiber internet in Ilocos Norte.

As stated in the previous article, Streamtech is constantly developing and growing its services and resources. This is to provide the same opportunity to all Filipinos, not just those in metropolitan areas but also those in the countryside. Streamtech’s reliable fiber internet service is currently available in the key cities in the South, such as Bacoor, Laguna, and Batangas, and it is not stopping there.

Part of its ongoing effort to increase its nationwide footprint, Streamtech is currently increasing its reach to Ilocos Norte. Doesn’t that sound like fun? It most certainly is because this region is rich in cultural legacy and biodiversity. For one thing, it is a well-known northern tourist destination because of Fort Ilocandia hotel, resort, and casino, as well as the golf course on Paoay Lake created by Gary Player, one of the best golfers of all time.

Furthermore, Ilocos Norte is a coastal province with a rich heritage and stunning scenery. It is abundant in colonial architecture, lush rocky coasts, and the breathtaking Cordillera Mountains.

An overview of the Ilocanos

The Ilocano as described in Visitacion de la Torre’s book is “the browbeaten, diligent, joyful, simple soul who has exhibited a great strain of bravery and a little wanderlust.” However, if there is one thing that comes to mind when you think about Ilocanos, it is their stinginess. Not entirely, though. They are just frugal. Making money is challenging, especially in the past, because they are far from the center of commerce. Hence, they are cautious in spending their hard-earned money. And this trait has been passed down from generation to generation.

Ilocano history is replete with accounts of hardship and victories in battles. It also has personal stories of some Ilocanos fleeing to places both here and abroad searching for greener pastures. But, the indigenous Ilocano is a skilled weaver, woodcarver, and potter. Similarly, he will thrive wherever he goes, because of his hard work. It is a way of life for them, not just a kind of art. To them, their craft is their life.

Evidence is in their food—simple, but well-crafted. Their famed vegetable dishes of “dinengdeng” and “pinakbet” are hard to surpass. It also makes a difference to use farm-fresh ingredients. They also serve an unusual delicacy made with ant eggs, known as “abu-os” in Ilocano cuisine. It’s odd, yet it’s said to taste like crab meat.

Lasty, colonial churches, vestiges of Spanish Catholicism, densely packed Ilocandia. Thus, it is a popular destination for the Lenten season.

The roads leading to this region are well-paved, ensuring a comfortable ride. You’ll be amazed how the roads have endured the test of time, although they were created ages ago. In contrast to roadways found elsewhere, the condition of the ones in Ilocos are in like new. They are adequate and not prone to flooding during rainy season. It just goes to illustrate how brilliantly planned construction could endure. Sure, they may have once been devastated by typhoons, but they were restored to the same, if not better, condition.

Ilocos Norte is vast, with far too many lovely spots to see. You may, however, begin with this list of exciting destinations for your next journey.

It is best to travel early in the morning to avoid the blazing heat of the sun. The months of January through June, also September to December are ideal for visiting these locations.

The capital city of Ilocos Norte

Laoag is often called the Sunshine City since its name came from the word “lawag,” which means “brightness.” Even though it became a city in 1965, it remains the capital of Ilocos Norte. Besides that, it is the province’s political, commercial, industrial center and location of Ilocos Region’s busiest commercial airport. Hence, in terms of per capita income and the Human Development Index, Laoag is one of the wealthiest cities in the country.

San Nicolas, Paoay, Sarrat, Vintar, and Bacarra surround Laoag, making the city a true hub of culture and commerce in the province. Laoag’s strategic location also makes it an accessible point of travel to nearby destinations, mostly the so-called East Asian economic tigers of Hong Kong, Mainland China, Japan, South Korea, and Taiwan. Because of this, Chinese and Taiwanese tourists flock to the city to indulge themselves.

The availability of world-class lodgings and services, supportive local government agencies, and numerous historic scenic tourist attractions make it all the more viable for the tourism industry. [Here’s an up-to-date travel guide if you want to visit the city] Couple them with the recent accessibility of fiber internet in Ilocos Norte and the city is now, indeed, a thriving one.

The surge in tourist arrivals prompted the establishment of a Chinese consulate to manage the affairs of citizens of the People’s Republic who live in or visit the city. Coupled with the new immigration policy that make it easier for Chinese tourists to enter the country via visitor visas granted upon arrival, these factors help draw more visitors to the city.

Besides tourism, Laoag offers massive potential for economic expansion, owing to the presence of a strong workforce supplied by aforementioned surrounding towns. Indeed, an industrial park called “Laoag Ecozone” is slated to rise within the city limits to accommodate manufacturing enterprises.

The commercial sector of Laoag is thriving, and Streamtech is pleased to have played a role in the province’s recent expansion. One of its key contributions in the area is making available broader access to fiber internet in Laoag, a critical component in the city’s progress.

Bringing fiber internet to a relatively remote yet heavily populated and progressive city like Laoag does have a significant impact. You might ask what role technology could play in supporting the economy’s formation and viability.

Fiber internet is required to develop a thriving economy and create a more sustainable society. “Fiber-to-the-premises” (FTTP) connections provide high-capacity connections with speeds of up to a gigabit per second, which can considerably extend a business’s capabilities and allow it to compete on a level playing field with firms in more prominent urban regions.

Physical obstacles such as trees, buildings, and other forms of interference can affect the speed and quality of service. However, fiber-optic connections are impervious to outside interference and can give the fastest speeds available with minimal disruption or hazard.

Tourism is an essential economic driver in this region, paving the way for new commercial investments and infrastructure development. Therefore, local governments should invest in fiber optic internet to help their province’s economy. Modern technologies and changing times require large-scale investments that will pay off handsomely in the long run. Tourism will increase even more if it can provide travelers flawless connectivity.

As previously stated, Laoag is encompassed by towns and municipalities that contribute significantly to its developing workforce and economy. Let’s look at what these towns have to offer.

Bacarra is a charming town on the coast of Ilocos Norte. It’s surroundings are vast seas, beautiful meadows, and extensive river systems. It’s a gorgeous area endowed with the riches of nature and the third oldest town in Ilocos Norte. Its rustic streets, wooden buildings, and towering church architecture from the Spanish era offer a good glimpse into the distant past.

One of these historic structures is the Bacarra Church, also known as Torre ti Bacarra, built by the Augustinians in 1828 for St. Andrew, the town’s patron saint. Its centuries-old, domeless leaning bell tower merited the National Historic Landmark and Cultural Treasure distinction.

This town is situated in the heart of the developing metropolis emanating from Laoag City. Three national roads (from Manila, Tuguegarao, and Nueva Era) intersect here, giving San Nicolas a commercial edge. Furthermore, it has the potential to contribute to the social, economic, and cultural development of Ilocos Norte since it has numerous attractions that represent Ilocos Norte’s rich heritage. San Nicolas Church is one of its most notable landmarks.

Sarrat is the birthplace of former President Ferdinand E. Marcos and is home to the country’s largest church with the longest aisle—Sarrat Church, one of the Philippines’ most treasured cultural sites. By the way, Sarrat was the capital of Ilocos Norte before Laoag.

This town’s backstory is rather amusing. The Spaniards noticed the tribesmen assemble in a “V”-shaped formation with snappy precision when the village chief called “intar,” meaning “order” in Ilocano. Surprised by the action, Spaniards appended the letter “V,” since it resembles the heart shape, to the word “intar.” From then on, Vintar became the name of the community. The name also pays honor to the generosity and friendliness of the residents.

Vintar, by the way, was a Bacarra enclave until 1909, when it broke away to become Ilocos Norte’s only first-class municipality. And fiber internet in Vintar will give the town a significant competitive advantage in terms of economic development.

Although it is relatively far from Laoag, Batac is well-known for being the birthplace of renowned personalities. These include General Artemio Ricarte and Bishop Gregorio Aglipay. More so, delicacies such as the famous “Ilocos empanada” is famous in Batac.  Also, this is where you can find the old Marcos Mausoleum, as well as artifacts from his military career. Batac is considered to be his actual hometown.

While Batac preserves its reputation as the “Home of the Great Leaders,” citizens are working together to achieve the city’s goal of equitable progress and expansion. Fiber internet in Batac is critical because it enables the town to share its rich cultural heritage with as many people as possible, thereby boosting its economy.

In much the same way that Ilocos Norte’s claims to fame—its historical significance, culture, and people—are interconnected, Streamtech can cite reliability, speed, and limitless access in their fiber internet service.

Furthermore, their ongoing efforts to upgrade their network infrastructure reshape the country’s home broadband internet landscape, by providing a superfast, unlimited, and dependable internet connection. Soon, they will be able to prove in as many areas that they offer the country’s fastest fiber internet, not only in Ilocos Norte but also all their serviceable areas.

Thus, the presence of fiber internet in Ilocos Norte will significantly improve the business processes and quality of life, because having access to critical information is extremely important in any situation.

You can learn more about Streamtech’s fiber internet service by calling their 24/7 hotline number or visiting their website and social media pages.