Who is Isabel Sieh, the now trending Philippine youngest programmer? 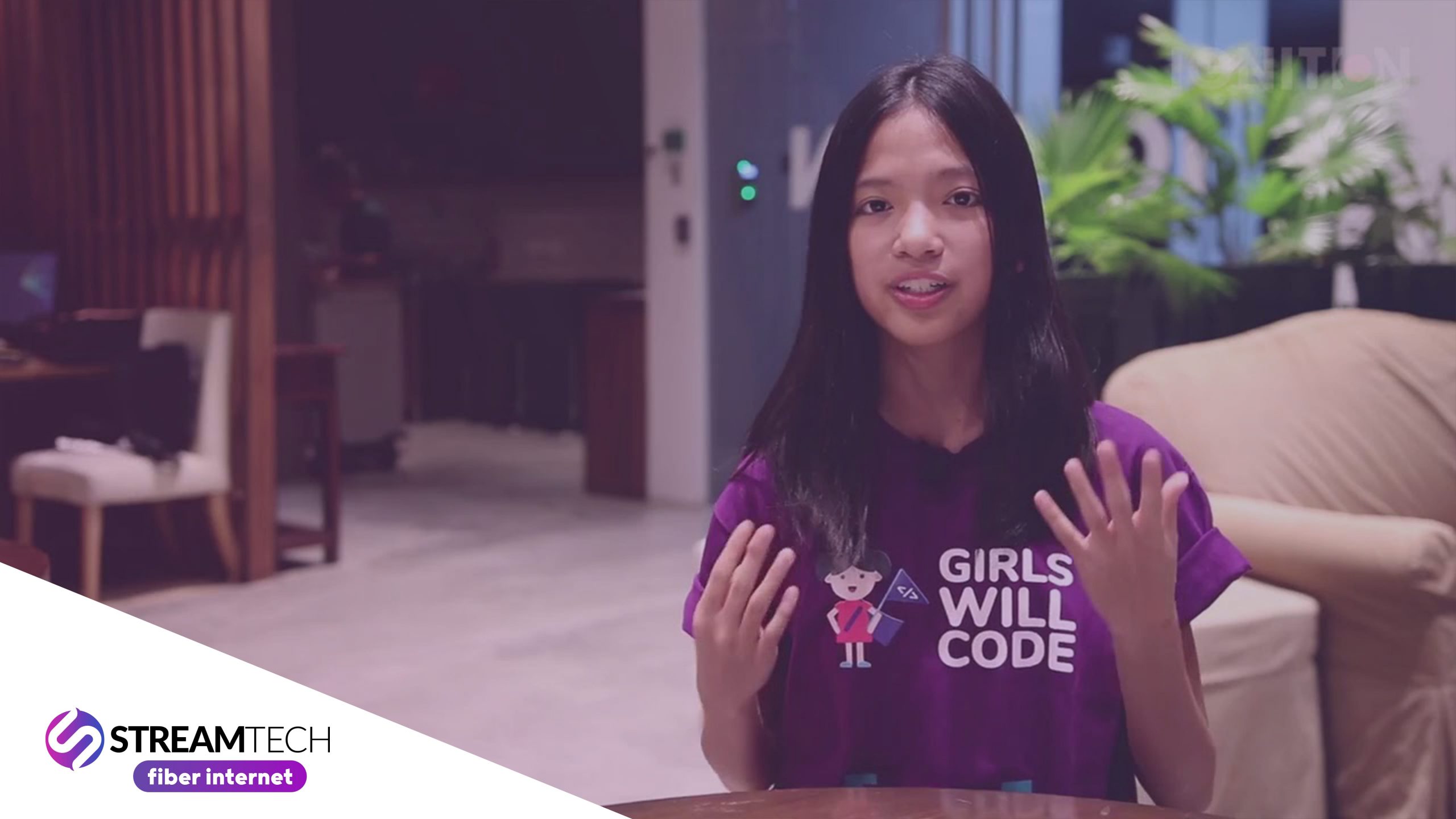 When you think of coding as part of the whole Internet of Things, you usually think of young professionals in their 20s to 40s, blazing through tech companies. Hence, it is a total surprise when people discover Isabel Sieh. At the young age of 18, Isabel Sieh has defied stereotypes starting a code academy and her own company.

In this article, we’ll discuss who Isabel Sieh is and how she’s breaking the glass ceiling not just in the country but around the world. This article will go into her journey to becoming an expert in programming languages despite her age. Sieh is proof that as long as you have a reliable internet provider in the Philippines, the possibilities are endless.

How did Isabel Sieh start her coding journey?

Sieh discovered her passion for coding in her elementary school days. 10-year old Isabel was looking for extra work from her math teacher, and he suggested that she learn to code. While some kids were busy playing, Isabel wanted to take her skills to the next level. Even as a young girl, Isabel had an aptitude for math. Because of her mom, Ronna, Isabel, and her sisters didn’t find advanced mathematics intimidating.

Hence, Isabel took online classes on three programming languages to get started. Through coding, Isabel discovered that she could build online games that she loved to play. It was then that she realized the limitless possibilities in coding.

On the other hand, Isabel found it challenging to find the answers she needed in online forums. While her mother may love math, she didn’t know anything about programming languages. Because Ronna was on the board of the Philippine Development Foundation, she had connections to Dado Banatao, a prominent figure in Silicon Valley. Through him, Isabel found a tutor from the University of the Philippines.

Isabel’s mentor, Bela Montes, taught the young girl to balance coding and real life. Her tutor paved the way for her confidence in coding.

Teaching other kids through a project called Code Academy

In time, Isabel Sieh and her mother when to hackathons or events that featured coders working non-stop to create a working program within a set time frame. Through her experience, Isabel discovered that coders were primarily men. She also found that hackathons weren’t her thing.

At the same time, Isabel also realized that young girls like her could learn a programming language. When Isabel’s neighbors asked their daughter how to code, she quickly said yes. Soon enough, this elementary school student when from tutoring other girls from on-one-on to groups of 20 girls at a time.

Shortly after, Isabel started reaching out to public schools. At first, this endeavor proved to be challenging because public schools didn’t have a fiber internet connection. The schools that did have facilities usually had outdated equipment. However, Isabel discovered she could teach girls code without using a computer.

Through Isabel’s advocacy, she got the idea of starting the code academy Girls Will Code. Now, Girls Will Code is a global community that empowers girls through programming and engineering. Isabel and her team encourage schools to get students into coding. Through the years, Girls Will Code has partnered with companies like Google and Accenture to provide workshops for their officers.

By the time she was 14, many kids wanted to learn coding from Sieh. However, the increase in recruits became too much for her to handle. That is why Ronna quit her job and started a coding school with Isabel.

Isabel Sieh determined the curriculum for The Coding School. She set the standards for tracks and classes they would have. She also established what would be appropriate to learn per age group.

You don’t even have to leave the house to learn early about coding. The Coding School encourages girls to join #CodeSaBahay, which provides free resources for kids to learn to program at home. As long as you have fiber internet or a reliable internet provider in the Philippines, you can learn to code too.

What’s great about the Coding School is that it aligns the students to their interests. The younger generation became interested to start coding, knowing they would be doing something fun.

For now, the youngest Filipino programmer may have gone off to Stanford University to study Computer Science. However, she remains hands-on in her amazing company. Despite having her own company, Isabel Sieh remains true to herself and her roots.

What to do when your teacher noticed your capabilities

Isabel Sieh discovered her love for coding because her teacher noticed that she was talented in mathematics. While kids were busy playing, Sieh was occupied with interactive stories. Hence, she became the youngest Filipino programmer to date.

Children like Isabel become the youngest programmer through the love and support of their families and community. Hence, if you see children interested in a programming language or other endeavors, you should support their interests.

Nowadays, most parents would be hesitant to take their kids out to take classes. On the other hand, you can search for a website or join a Facebook group that can help develop your kids’ interests.

If you want to support your children like Ronna, you should subscribe to a reliable internet service provider in the Philippines. Streamtech empowers you and your family to exceed your limits through a speedy fiber internet connection.

Through Streamtech, you can access online resources to help your kids develop to their fullest potential. At the same time, you can ensure that they make the most of their online classes and activities related to what they love.

Like the youngest Filipino programmer, you can make a difference by empowering yourself first. Aside from fiber internet connection, we also connect you to your favorite television channels through our partnership with Planet Cable.

With Streamtech, you can explore endless possibilities. That’s why you should upgrade your home connection to fiber internet today. Connect with our team today to know more. We also have a Facebook page where you can see our daily updates.

PrevPreviousHow is social media changing the Filipino culture?
NextLearn Now: What is an IP address and why does it matter?Next