Newest Messenger Shortcuts You Can Actually Use Now 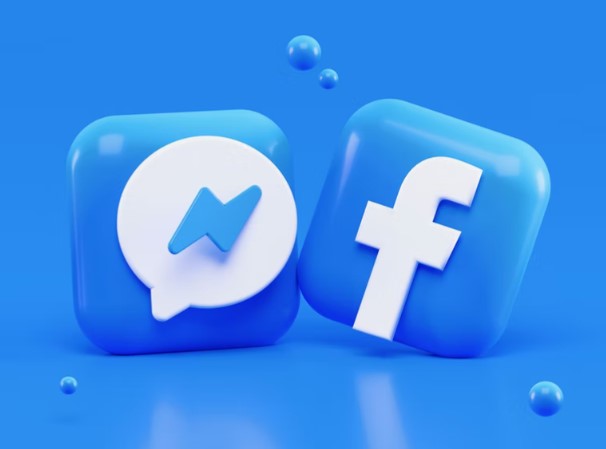 Today, Facebook is the most utilized social network platform in the world. In this day and age, connecting with other people doesn’t necessarily mean meeting them in person. All you need is a mobile device or a personal computer, mobile data or fiber internet for home, and learning how to use Messenger.

If you’re unfamiliar with Facebook, it can take a while to learn how to navigate everything. To be productive, you must swiftly explore your dashboard, which is why Facebook launched Messenger.com shortcuts for common operations. Apart from the standard keyboard instructions, Facebook enables you to control your account’s messages with a few keystrokes, essentially transforming it into one of the most user-friendly messaging systems online. You may now type in a GIF or send a silent message while talking with your friends using Facebook Messenger keyboard shortcuts released by Meta through a blog post, in the latter half of March.

Read these related picks for you:

In late March, the two new message shortcuts, @everyone and /silent started rolling out to Facebook users on iOS and Android, both of which are useful in Facebook Messenger users’ group chats. Let’s explore what each shortcut is all about and how you can use them.

1. @everyone: Similar to Slack’s keyboard shortcut

You’re probably aware that typing “@” followed by a person’s name tags that specific person in the chat if you don’t feel like sending direct messages. However, what if you want to capture everyone’s attention? Or perhaps you’d want to express thought but do not require an instant response?

If you’re a Slack user, you’re probably already familiar with @everyone, albeit it works somewhat differently in Messenger. It’s a simple shortcut in Slack that allows you to rapidly ping everyone in your group chat, whether to garner their attention during the announcement of a new processor to ask for assistance with anything. On Messenger, the shortcut notifies just members of a group conversation, not all of your Facebook friends. However, it is a significant tool for a platform that has historically been used to communicate with friends and family, and we can only hope you use it properly.

2. /silent: For group chats with members from different time zones

Using the /silent shortcut to send a message in a group chat, on the other hand, has the opposite effect of @everyone. Members of the group will not be notified, allowing them to respond to minor or inconsequential posts at their leisure. Sending a message with /silent removes the anxiety of interrupting someone with a non-urgent pop-up notification or disturbing them during their off-hours. This is especially useful for groups with members who live in different time zones.

Additionally, Meta revealed that they will be launching numerous additional shortcuts in the coming weeks to assist you to maximize user productivity in Messenger for both practical and fun purposes.

Meta said it is now working on a few other shortcuts that should be available in the next weeks. By using the simple command /pay, you may transfer or request money in one-on-one Messenger discussions. In the United States, the shortcut will be available on iOS and Android.

Aside from the transfer/request money Messenger feature, Meta is delivering a few iOS-specific features intended for visual communicators. The “/gif” shortcut enables you to quickly locate and deliver accurate replies by entering the command followed by the topic of your choice without leaving your chatbox.

4. /shrug and /tableflip: Eliminate the need for manual typing

If you believe that nothing adequately portrays your emotion as the old text-based shrug “¯\_(ツ)_/¯” or tableflip “(╯°□°）╯︵ ┻━┻” emoticons, Meta has you covered. By typing /shrug or /tableflip, you may add either of them, eliminating the need to spell the specific message icon out or copy them from another source. It’ll be fascinating to see whether the GIF and emoticon shortcuts eventually make their way to Messenger for Android.

Future Messenger Features to Look Out For

Messenger just began rolling out its “Split Payments” option to all iOS and Android customers in the United States. But who knows, other countries may be able to take advantage of this capability in the coming weeks. Late last year, the company began testing the function as a method for customers to split the cost of bills and costs directly within the app. Meta views the new function as a “free and convenient” solution for Messenger users to manage their finances.

Split Payments were announced concurrently with the announcement that Messenger will feature new voice message recording options. It would allow users to pause, preview, delete, or continue recording a voice message prior to sending it. Additionally, the corporation raised the duration of voice messages from one to 30 minutes.

The internet has simplified and accelerated communication, allowing us to keep in touch with others regardless of time or location. It has expedited the speed of business and expanded the enterprise space’s possibilities. Having high-speed internet is key to a seamless messaging experience. Good thing, we now have access to an internet provider in the Philippines that delivers fast, reliable internet.

Streamtech Internet may be a relatively new internet provider in the Philippines. However, it boasts a growing clientele as it delivers fiber internet for homes and businesses. Whether you want to download anything or stream and play at any moment, if your network is powered by fiber, you’re more likely to enjoy an uninterrupted experience. Streamtech’s fiber internet for home plans starts at Php1,499 with up to 25 Mbps download and upload speeds.

Ready to experience the newest wave in fiber internet? Avail Streamtech’s high-speed internet today by subscribing to the newest internet provider in the Philippines! To learn how you can #ExceedLimits with Streamtech, visit its official website and Facebook page today.

PrevPreviousList of the Best Software Development Companies in the Philippines
NextWhat is Homeschooling and What are Its Benefits?Next