See These Money-Earning Online Games in the Philippines 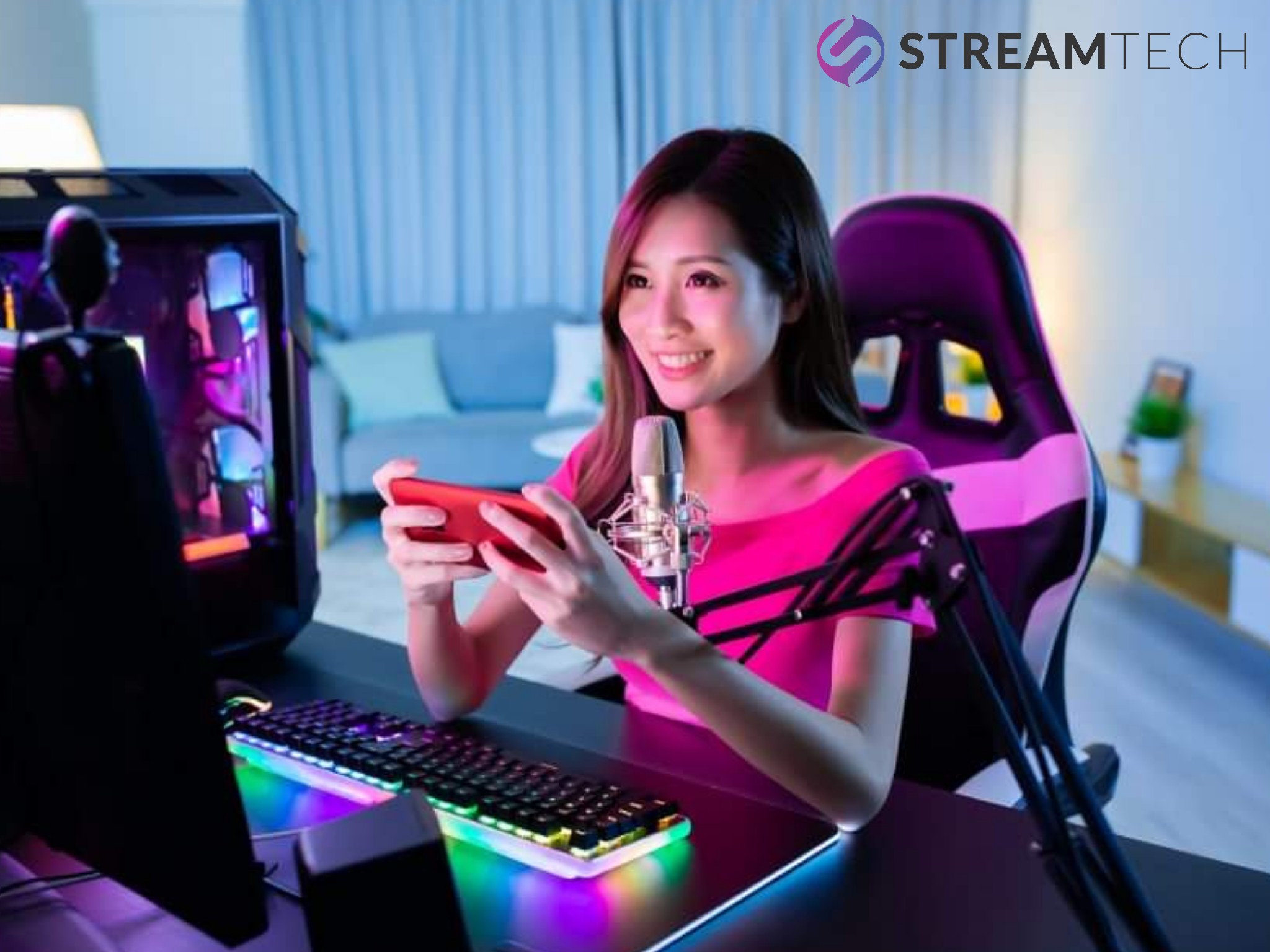 Fiber internet is the future of technology that is slowly but steadily taking over the world. It’s a powerful instrument that not only keeps us up to date on what’s going around the globe but also keeps us on top of our game, whether in business or in personal transactions. Its significance is highlighted much more in this pandemic.

Furthermore, the internet is a money-making machine. If you have the right skills, you can earn money online while doing what you love. It’s a little-known fact that doing things out of passion requires little to no effort on our part, which gives you an excellent work-life balance.  Working from home is thus establishing a thriving work environment, which experts predict will last long after the pandemic.

There are a lot of ways of earning money online besides virtual freelancing.  One way is by playing money-earning games. Everybody plays games one way or another, online or offline because they keep boredom at bay when life gets busy. Mobile games are convenient; you can play them while waiting for somebody or the next bus or train. They’re perfect company when you’re traveling solo. Besides, anyone can play. However, minors must be under adults’ supervision.

IS ONLINE GAMING A GOOD SOURCE OF INCOME?

Gaming is certainly a fun and fantastic way to earn money because it requires no skills or experience. There is also no penalty for not being good at the game.

Many people may still be unaware of the sites that allow you to earn money while playing. Some may think it’s a joke or a hoax. That isn’t unexpected, given the prevalence of scammers. However, there are reputable apps that pay you to play.  To get you started, let’s familiarize yourself with the various online income options.

Aside from gaming, there are numerous platforms and different activities that pay real and instant money, such as:

These money-making apps can work on both desktop and mobile devices – iPhone and android alike. And you can earn money as long as your phone is on and you are active enough.

You read it right. You can play to earn. But aside from playing games, you can earn money simply by downloading games. Some game developers reward you with gift cards or cash for every referral or from your friends’ winnings to answer quick surveys or simply check in.

Of course, the most exciting aspect is playing the online games themselves. You not only have pleasure and enjoyment, but you also earn real money.

Even in the Philippines, there are a plethora of money-making online games to choose from. The good news is that it doesn’t require an initial investment. You can start playing as soon as you sign up and earn money as soon as you play. It doesn’t matter if you prefer card games, board games, or anything else. It’s all a matter of personal preference. All of these, at the very least, are available on the Google Play Store. Choose the one that is most appropriate for you.

Moreover, you can download apps that earn cash rewards from Google Play Store for free. Players get cash rewards and coins in exchange for hours played, which you can exchange into PayPal,  iTunes money, and more, depending on your preference.

While all these games are available worldwide, the following money-making games are prevalent in our country:

Money is earned by trading and selling items with other players.

money is made from rounds of card match-ups played against other people worldwide.

Play games that earn money. It will come from playing a Slingo game, where players need to match letter combinations on the board.

Money is earned from harvesting and selling forest goods on the marketplace.

The list of money-earning games is endless. You can even earn money from playing online casino games, which provide virtual gaming entertainment in slot machines and poker tables for players worldwide.

But a trendy one, not only in the Philippines but everywhere, is the MMORPG, short for Massively Multiplayer Online Role-Playing Games. They are a form of video game in which an avatar can gain money, materials, and rewards. These avatars come in a variety of shapes, sizes, and themes.

Examples of these virtual environment games are Dota, League of Legends, Mobile Strike, Game of War: Fire Age, and Clash Royale. These games can earn you real money, but they require a certain amount of time to reach the pay-out goal, usually 30 minutes to one hour of gameplay.

NFT GAMES ON THE RISE: APPS THAT PAY

The NFT Games are the latest phenomenon to sweep the country. It’s similar to an MMORPG, but they use blockchain technology or cryptocurrency to create unique tokens, similar to trading cards or other physical collectibles.

NFT is an abbreviation for non-fungible tokens. These virtual goods cannot be replicated and have fixed numbers in circulation, making them valuable because there are only a few.

There are several popular NFT games in the Philippines, although they are similar to those found abroad. Roblox, which has been around since 2006 and allows players to create their own worlds or play others’ and communicate with other people who are playing simultaneously, is one of the more well-known options. The game is free to play, but users can pay to buy in-game stuff.

Axie Infinity is an amazing example of an NFT game. It’s a mobile and desktop game developed by a Singapore-based start-up that can be played online and offline. On the other hand, online players must confront each other in multiplayer mode, and offline players must battle AI opponents one after the other until they reach Level 50, at which point their final form is unlocked.

It’s an ideal game for folks who enjoy collecting and battling digital creatures. Players explore dungeons in real-time using their devices. You can make money in the game by defeating opponents, mining, and creating stuff.  Aside from that, you can make your own Axie or use one of the many created by other gamers worldwide before confronting them online.

A Nueva Ecija community is making waves in the world of NFT Games. In a documentary by gaming company Yield Guild Games, a group of people displaced by the pandemic began a new lifestyle in their neighborhood while looking for an income-generating alternative. So, they discovered online gaming which literally saved their lives. The news quickly spread like wildfire. Even senior citizens play as well. Furthermore, they established Axie University, which provides scholarships or profit-sharing to attract individuals to join the game without paying any money upfront. Cabanatuan City can speak to the fact that earning a living from online games is possible. It is, indeed, the Philippines’ NFT capital.

While Axie Infinity is increasingly becoming popular, here are other enjoyable NFTs:

An excellent way to determine whether or not mobile money-earning games are safe is by looking for trusted reviews on the app store and asking some of your friends who also play.

You may require a consistent and unlimited internet connection; the more solid and speedy your Wi-Fi, the better. If your internet connection is sporadic or insufficient, it will be difficult to gain money since other players may overtake you and take all of your things, which they will then sell on the marketplace.

Even the most complex online games require an internet connection. If you find yourself in an area with insufficient coverage, it’s time to go offline. However, some players have stated that such areas can be distressing because they don’t know when someone would come and steal their money when playing on an unsecured device – but on the other side, you can still earn money offline.

Finally, having two or more displays will give you a better view and extra space for both the game and your work.

Streamtech is a fiber internet service provider that offers high-speed internet access for gaming and other activities. The company aspires to be the best option for gamers looking to make money from online games. Their download speed is lightning fast, which can provide an exhilarating experience.

Streamtech has reasonable plans for enjoyable gameplay. And two products that can improve your gaming performance are:

It is an add-on product that comes with Streamtech’s low-cost home internet plans. Qualified subscribers can be both current and new households, with FIBER INTERNET and FIBER INTERNET WITH CABLE TV BUNDLE plans. It comes with a phone (Huawei Nova 5T) as well as Gamepad Controller Wireless Earbuds.

It is a wifi extender or wifi mesh meant to boost internet connectivity to every corner of the house by extending the wifi signal’s reach. Thus, you will be able to enjoy your fast fiber internet connection from everywhere in your home. That means you’ll have a consistent source of money.

Additionally, Streamtech provides excellent customer service. Their customer service team is available 24 hours a day, seven days a week, and offers free technical help to their customers. Plus, you can connect to their team anytime, anywhere with SAM, their Viber SuperBot.

Switch to Streamtech now and start saving money right away. You’ll learn how much better fiber internet is than your existing services, as well as how much money you’ll save by moving from your current provider. You don’t want to overspend on your internet service, especially if you have other responsibilities.

Furthermore, Streamtech Fiber internet offers faster downloads and uploads and a more instantaneous overall experience. Check with Streamtech to get the best fiber solutions for your requirements today.

Visit their social media account to learn more about their products and services.