What are the most popular mobile games in the Philippines? 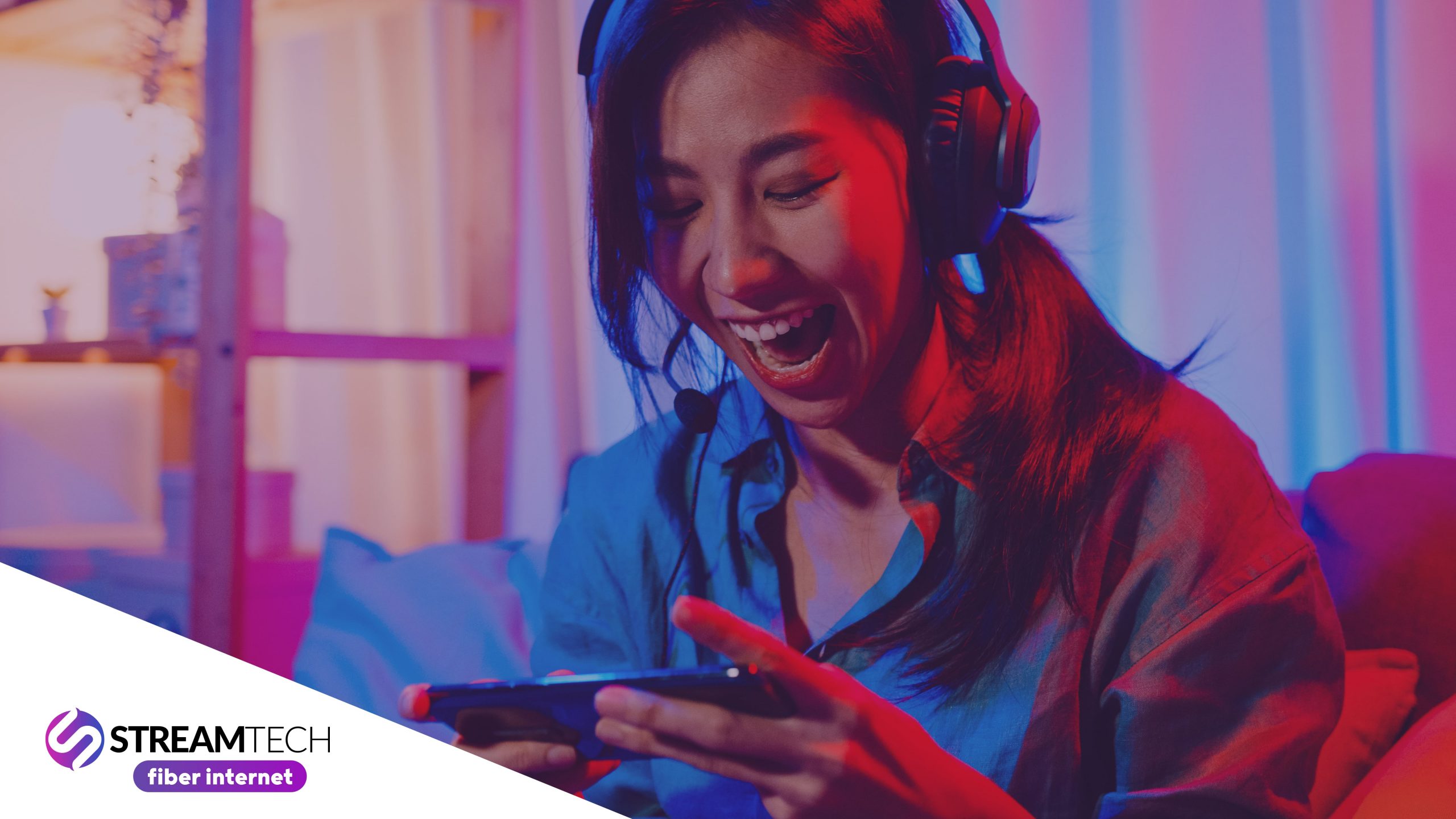 Are you thinking about getting into mobile games? Mobile gaming is a very fun way to pass the time or even earn money. Most mobile gamers get into playing mobile games to distract themselves from the challenges of life. Mobile games help lift people’s moods. They also use addictive games to destress when the real world gets too taxing. And now that we have stable and fast internet available everywhere, gaming becomes easier.

Throughout the years, people play games not only to entertain themselves but to make friends with like-minded people. Gone are the days people would have to congregate together to play arcade games, puzzle games, or even board games. Nowadays, people around the world bond with one another through popular mobile games.

Whether you’re playing on creative mode or survival mode, it’s important you have a fast internet connection. After all, how will you be able to keep up with other players if your connection is lagging?

In this popular game, two teams with five players each fight to reach and destroy each other’s base. At the same time, players of this popular game defend their own base to control a path. This path consists of three lanes, namely known as “top”, “middle”, and “bottom”, which connect the bases.

This free-to-play mobile game involves different players around the world. However, there are weaker computer-controlled characters – “minions”. These minions basically spawn at team bases and follow the three lanes to the opposite team’s base, fighting enemies and turrets.

Mobile Legends has evolved a lot throughout the years. Upon initial release, it had 10 heroes available. This grew to 70 by November 2018. This number has snowballed to over a hundred recently.

Because of this game’s popularity in the region, it gained the award for the first medal event esports competition at the 2019 Southeast Asian Games in the Philippines. To this day, gamers around the entire world play Mobile Legends for fun, and for glory in the worldwide gaming community. Elite players in this free mobile game make a lot of money through this popular game.

Although Mobile Legends is free, you can purchase additional items in the game itself. It is available for download for Android and iOS.

From video to a handheld: Call of Duty: Mobile

Call of Duty (COD) is the best-selling video game franchise around the world. First released in 2003, it was initially available on PC and popular video game consuls. There was a modification to this free-to-play game for mobile devices in 2019. Since it became available on Play Store and Google Play, Call of Duty: Mobile has enjoyed over 270 million downloads worldwide.

Like Call of Duty, Call of Duty: Mobile plays can opt to choose to play ranked or non-ranked matches in multiplayer mode. There are two types of in-game currencies. The first is “Credits”. You can earn them through playing the game. The second one is “COD Points”. YOu ca bought with ‘real’ money.

Because of this format, a lot of players can participate in Call of Duty without having to pay. However, acquiring COD points can help you acquire exclusive character and weapon skins.

Aside from playing in multiplayer mode, the mobile version of this popular video game includes battle royale modes featuring up to 100 players. In this mode, one player can choose to play alone, on a two-man team, or in a four-man squad.

This popular mobile game even has a Zombies mode. In this version, teams of players fight against zombies that attacked in waves.

Because of the diversity in gameplay and stature in the gaming world, COD has become a popular name in the ESports arena as well. It has also a lot of awards since its introduction in the mobile gaming world.

Where legends are made: League of Legends: Wild Rift

Another multiplayer game that has cemented its position as one of the most popular mobile games in the country is League of Legends: Wild Rift (LoL). This free-to-play mobile game is similar to the popular PC made, but with modifications. The original League of Legends, released in 2009, has its pocket edition launched in 2020.

Like in League of Legends, players of this mobile app control a player, which is also called ‘champion.’ The champion has a set of unique abilities and fight against a team of players or AI-controlled units, with the goal of destroying the opposing team’s “Nexus”.

Every match in this most popular game starts up discreetly. All champions start off relatively weak. However, they increase in strength as they acquire more items and experience. Essentially, you get stronger as you play more on your Android or Apple smartphone. What makes this particular game so popular is that its champions are influenced by a variety of genres. These include high fantasy, steampunk, and Lovecraftian horror.

League of Legends has two mobile app adaptations: Wild Rift and ARAM. What makes ARAM mode unique is that the champions are chosen randomly. Plus, the battlefield is reduced, as there is no jungle area nor top and a lower route.

Role-playing to the next level: Genshin Impact

If you’re looking for a challenge that utilizes your creativity, the popular game, Genshin Impact, might just be your type of mobile game. Launched for PC and mobile apps in 2020, this action role-playing game features an anime-style open-world environment and an action-based battle system. Soon, it will be available on Nintendo Switch as well.

Available to download on Play Store and Google Play, this free-to-play mobile game is monetized through gacha game mechanics. Genshin Impact is an open-world action role-playing game. Basically, a gamer can control one of four interchangeable characters in a party.

You can switch characters within the app swiftly especially through combat. This allows the player to use several different combinations of skills and attacks, giving him a tactical advantage.

Characters can increase their strength levels as they play in different ways. This includes moving up levels and improving artifacts and the weapons that the character equips. Aside from exploring the game, players can attempt various challenges for rewards.

One of the most popular mobile games among children, Roblox was first launched for PC in 2006. Its mobile version was initially available for iOS users only in 2012. However, because of its popularity, it became available on Google Play by 2014.

Like most popular mobile games, Roblox is free-to-play. However, there are in-game purchases that can be made through a virtual currency called “Robux”.

Basically, users of this popular game create their own games using its proprietary engine, Roblox Studio. These can then be played by other users, which is why it’s popular among friends. These games are essentially coded under an object-oriented programming system. They utilize a dialect of the programming language Lua to manipulate the game’s environment.

Gamers can create purchasable content through one-time purchases, known as “game passes.” They can also develop microtransactions that can be purchased more than once, known as “developer products” or “products”.

What makes Roblox a great space for creative people is that players can buy, sell, and create virtual items. These can then be used to decorate their virtual character that serves as their avatar on the platform. Anyone call purchase clothes. However, only those with a Premium membership can sell them.

Strategizing through Clash of Clans

One of the most popular mobile games that utilize strategies is Clash of Clans. Initially launched for iOS users in 2012, it became available on Android a year after. Clash of Clans is set in o to buy, sell, and create virtual items. These items can be for the decoration of their virtual character that serves as their avatar on the platform.

In order to battle others, players of this game have to train different kinds of troops using resources. The main resources are gold, elixir, and dark elixir. Players can conjoin to create clans, groups of up to fifty people, who can then participate in Clan Wars together. These clans can help one another by donating and receiving troops and chatting with each other.

Because of its massive popularity, Clash of Clans has spurred spin-off games that are popular in their own right. The release of Clash Royale was in 2016. And there have been recent announcements on other titles: Clash Quest, Clash Minis, and Clash Heroes. Given their titles have risen in the ranks to become the most popular games in the country, there’s no doubt these titles will be big as well.

The king of the puzzle games: Candy Crush Saga

Initially available on PC in 2012, Candy Crush Saga is a free-to-play match-three puzzle video game. Players of this app basically complete levels by swapping colored pieces of candy on a game board. This is to make a match of three or more of the same color.

In addition to this simple gameplay, players can also solve puzzles in the game by accomplishing various goals. These puzzles include eliminating pieces of candy of the same color or type. Matches with four or more pieces create unique candies that act as power-ups with larger board-clearing abilities.

Candy Crush is one of the best mobile games using the freemium model. This is because you can advance in levels without having to spend any money. However, some players purchase additional incentives such as lives to increase their chances of advancing levels.

One of the best mobile games in racing is the racing mobile game Super Mario Run. Mario Kart has long been an institution in the gaming universe of racing. The well-loved game has become popular on mobile and Nintendo Switch as well. You can relive your former glory from your childhood days through this particular game.

What makes Mario Kart so popular is that it utilizes a points-based system. There are four options of speed: leisurely, fast, very fast, and too fast. Plus, it has a new format called ‘tours’. Tours are named after cities in the real world, Mario series characters, Mario series games, or other themes.

There are a lot of simple games that have become so popular. Thus, some created films out of them, such as Angry Birds. A lot of big names in pop culture have become popular titles in smartphone games as well. These include Dragon Ball Z and Battle Royale, .

To play a fast-paced game such as PUBG Mobile, Dokkan Battle, Endless Runner, you need a fast internet connection. You’ll only be able to maximize your game through a reliable internet service

provider in the Philippines.

To be ahead of the game, you should invest in a fast internet connection. One of the newest internet service providers in the Philippines, Streamtech Fiber Internet, allows you to play on your Android phone or computer at super-fast speeds.

With our affordable home fiber plans, you can work on becoming the best in the game and research related topics through the powers of Streamtech. Additionally, we offer cable and internet bundles perfect for maximum entertainment in your house. Plus, you can become the winner in the AFK arena wherever you are at home through Streamtech. Our Extendifi WiFi Extender lets you play your game on Android or a computer. Explore our website today to know more.

You can also check out our official Facebook page for more details.

PrevPreviousTry them Now: 12 Virtual Spooky Halloween Party Ideas this 2021
NextThe Rise of Esports in the PhilippinesNext