How is social media changing the way we communicate? 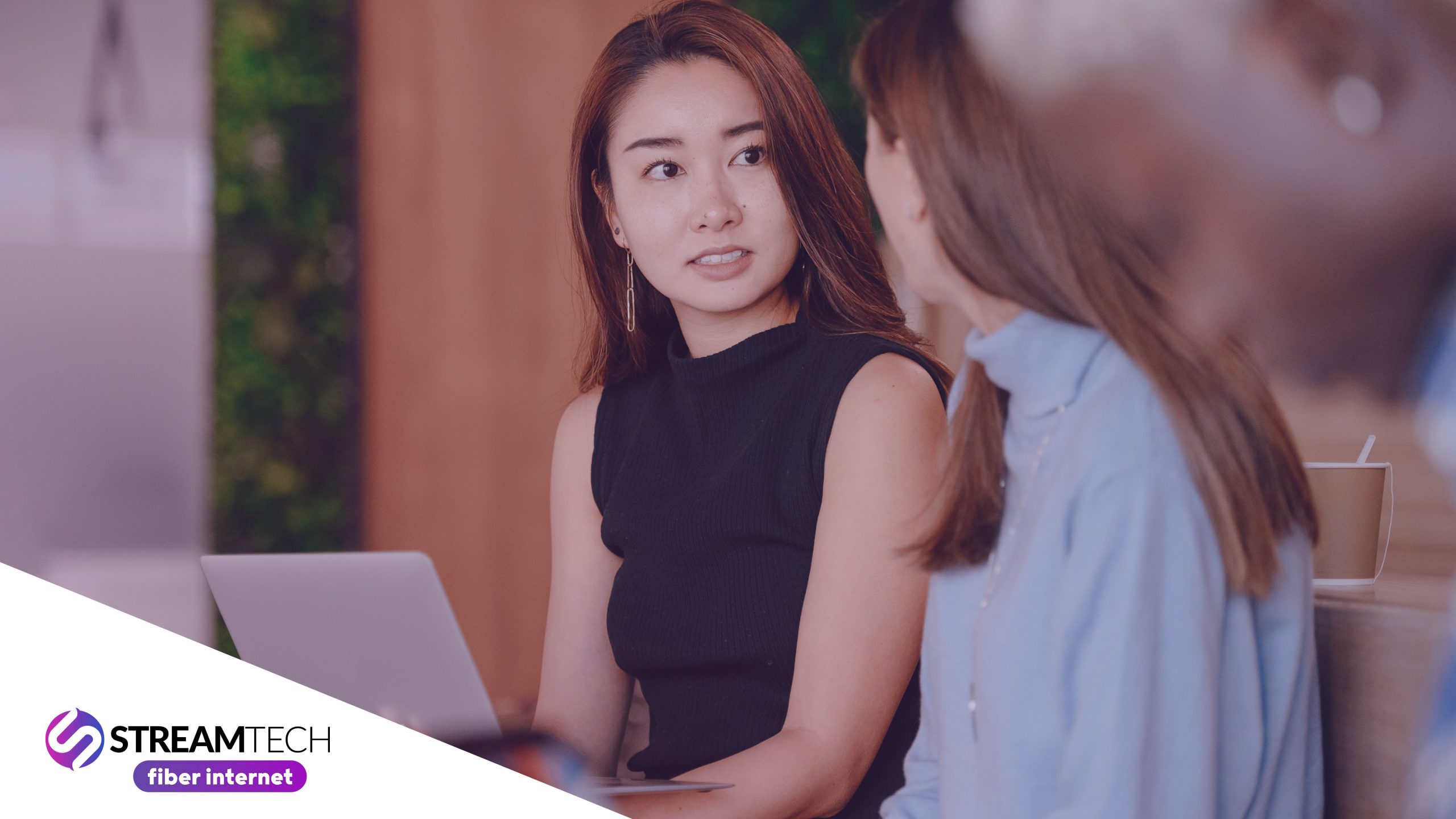 As a powerful communication tool, social media has a significant impact on both urban and rural communities. However, we are just experiencing the beginning of the digital revolution. Digital transformation has impacted not only businesses but also the way people connect with one another.

With the accessibility of fiber internet and the 5G technology, we can expect to see more and more people harnessing the power of social media in communication.

In fact, according to Oberlo, there were 3.2 billion social media users worldwide in 2019 constituting 42 percent of the planet’s total population. Meanwhile, based on a September 2021 survey conducted by Statista in the Philippines, an overwhelming majority of 99 percent of the country’s adult population had accounts on social media sites.

In this day and age, social media emerged as a useful communication tool. But how has social media changed the way we communicate? Before we address this question, let’s explore the definition of social media, its history, the current social media platforms, and the ways to establish a social media presence.

We also have some related articles that you might want to check out:

What is social media?

The term social media refers to a computer-based technology that facilitates the sharing of ideas, thoughts, and information through virtual networks and communities. Social media is internet-based and gives users quick electronic communication of content, such as personal information, documents, videos, and photos. Users engage with social media via a computer, tablet, or smartphone via web-based software or applications. While social media is ubiquitous in America and Europe, Asian countries like Indonesia lead the list of social media usage.

This term refers to the transmission of a message to others via social media chat rooms. In contrast to SMS text messaging that relies on cellular phone service, this communication is dependent on the internet.

Social media is a form of electronic communication that enables users to create and share information, ideas, messages, and content via social networking websites and applications. As online communication brings information, awareness, and news to audiences, it has facilitated as a resource to humankind with unfathomable reach and benefits for the whole world. On the other hand, traditional media refers to everything that runs via traditional media channels such as television, radio, newspaper, magazine, etc. When you look at a TV commercial, listen to the radio, or read a magazine or newspaper, you’re experiencing marketing through traditional media channels. Traditional media are predominantly push media where the message is broadcast from company to customer and other stakeholders. Traditional media has been a part of our culture for over half a century.

What are the current social media networks?

The introduction of new players and shifting global trends trigger a shuffle in social media platforms’ most important leaderboard. According to Statista, here are the top 15 social networking sites as of January 2022:

The second-most popular social media platform on our list, YouTube comes in at a super-impressive 2.29 billion registered users.

WhatsApp is one of only three social networking platforms with a user base of over 2 billion – a milestone they reached in 2020. The app’s recent growth rate has been astonishing, with the last billion users hopping on in only four years!

It says a lot about the power of Facebook that service within their main platform reached the number four spot on this prestigious list. They have 1.3 billion active users as of writing.

The world’s most popular photo-sharing app comes in at number 5 with a total of 1.22 billion global active users.

Achieving 1.213 billion active users is a testament to WeChat’s immense usefulness that the app achieved this level of popularity despite actively sharing users’ private information with the Chinese government as part of the latter’s mass surveillance and censorship efforts.

There are overnight success stories and then there is TikTok. The video-sharing platform burst onto the international scene in 2017 and quickly started racking up adoption figures that made competitors weep onto their keyboards. Two years after its emergence onto the social media landscape, TikTok was also in the top five of the world’s most downloaded apps with 689 million active users.

Another property owned by the Chinese conglomerate Tencent (the other is WeChat), QQ has been around since 1999. Today, it has 617 million active users.

To keep it simple, Douyin is TikTok for a Chinese audience. The two platforms have the same parent company and the same core functionality but are most definitely two different apps, marketed to two different demographics. Today, it has 600 million active users.

With 511 million active users, Sina Weibo is a Chinese property that started out as a micro-blogging site and has evolved into the country’s third-largest social network.

With 500 million active users, no social network with an instant messaging focus has benefited more from WhatsApp’s recent PR disaster than Telegram. When WhatsApp announced impending changes in its privacy policy, the ramifications were instantaneous.

This photo and video-sharing platform has 498 million active users as of writing.

The image-sharing platform saw a record growth year in 2020, gaining more than 100 million new monthly active users between January and December. As of writing, it has 442 million active users.

Fittingly, the “front page of the internet,” Reddit manages to remain on the list with 430 million active users, despite some strong opposition and numerous shakeups in the leaderboard.

Today, having social media accounts is more important than ever. Social media has dominated business, advertising, and, more recently, education. It has had a profound effect on how people communicate and has developed into a vital part of their lives.

Here are some ways social media influenced our communication:

Everything is just a click away and includes everything from news to buying your groceries. The ease of access that social media provides has taken over the traditional methods of shopping, reading news, and even studying. Social media is a crucial section of digital marketing, helping businesses go beyond demographic and geographic boundaries. For business leaders, social media can also be an invaluable tool for expanding professional network, either within specific subject fields or across different disciplines and professions. Social networking sites also help businesses promote events and spark engagement and online conversations.

For businesses, social media plays a huge role in how they communicate with their target audience. Customer feedback is also the foremost for businesses to rectify their mistakes, get user opinions about their products and services, and build their brand credibility and trust.

Through social media, users can give instant feedback on the products they are using to their followers, they can also tag the brand’s page on their posts and stories. Influencers can become brand advocates encouraging people to try the brand’s products. In this way, businesses get a chance to communicate with their users and to understand their needs better.

While there was a time when online payments just meant online banking services, the dynamics have changed today. Social networking platforms like WhatsApp are incorporating options (WhatsApp Payments) within the application that allows you to transfer money to other people with minimal effort. The only challenge that these new payment systems present is the maintenance of security standards. While this is a convenient way to digitally send money, the security standards must be regulated to ensure customers are stepping into a safe zone.

Social media has changed the way healthcare services are carried out. Rather than physically visiting a doctor for your ailments, you can now speak to a virtual doctor who will suggest medications based on your symptoms. Some doctors even consult with patients over Skype calls to better understand their ailments. While this poses a great advantage for patients who do not want to pay a visit to the clinic, it also comes with its share of risks. The chances of non-qualified individuals posing as doctors are high. Moreover, it is difficult to confirm a doctor’s credibility by the look of their profile online. However, if used appropriately, this can be a beneficial resource for people worldwide.

Social media has changed how we are governed by making the process more transparent. Many leaders across the world have taken to social media to voice their opinions and priority issues, giving people a better understanding of the government they have elected. It has also limited the influence of political stakeholders over what information should reach people. Before social media’s entry into the digital era, traditional media and the government were the only sources of information. However, this has now changed for the better. The downside of this is that some organizations are also misusing the power of social media to negatively influence people.

Certainly, global warming has affected our planet to the extent that natural calamities make headlines every other day. In the face of this, social media has become a savior, enabling relief funds, information, and support can be sent and accessed more easily. For example, the safety check feature on Facebook allows you to mark yourself safe in disaster zones, helping your friends and family know that you are safe, in case there is no other medium of communication available.

Social media has brought people face-to-face with humanitarian issues. Many social work organizations such as animal welfare and fundraising organizations are also taking to social media to create awareness about the issues of society. It brings together activists, allows people to raise their voices against injustice (for example, the #metoo movement), and helps people come together for social causes.

Social media has taken the world by storm, capturing more than 3.8 billion users worldwide and counting. Social media has given birth to several genres of communication, where conversations have become quicker and information has become easily relayed. From personal benefits to impacting business in several ways, online communication has helped the world in many ways using the gift of social media channels.

Whether or not each platform resonates with you personally, there are endless ways for businesses to market to their consumers and target them to ultimately make a purchase. Allowing us to also stay connected with friends, find information easily, and add our own personalities to the online world, social networks are here to stay.

We hope you realize the influence of social media on communication in today’s world. And of course, it includes how it has helped millions of users and businesses!

Harness the Power of Social Media with Streamtech!

Whether you’re making a new Tiktok video, checking out the newest memes online, watching your favorite travel blogger, or promoting your online business, you will need affordable home fiber internet plans. Nothing beats an amazing internet provider in the Philippines which can afford you the internet connectivity that you deserve.

For fast and reliable fiber internet options, Streamtech is one of the best internet service providers in the Philippines. It offers services to a wide coverage area. Experience high-speed fiber internet access up to 25 Mbps for as low as PHP 1,499. You can also spread the high-speed signal to every corner of your home, with Extendifi Wifi Extender.

One of the newest internet providers in the Philippines, Streamtech Fiber Internet, allows you to experience this at super-fast speeds. Subscribe to Streamtech today or visit its official Facebook page to learn more.

PrevPreviousWhat is the state of Philippines’ digital economy today?
NextBest Weight Loss Apps You Can Try Out This 2022Next