Top 10 Cryptocurrencies to Invest in the Philippines in 2021 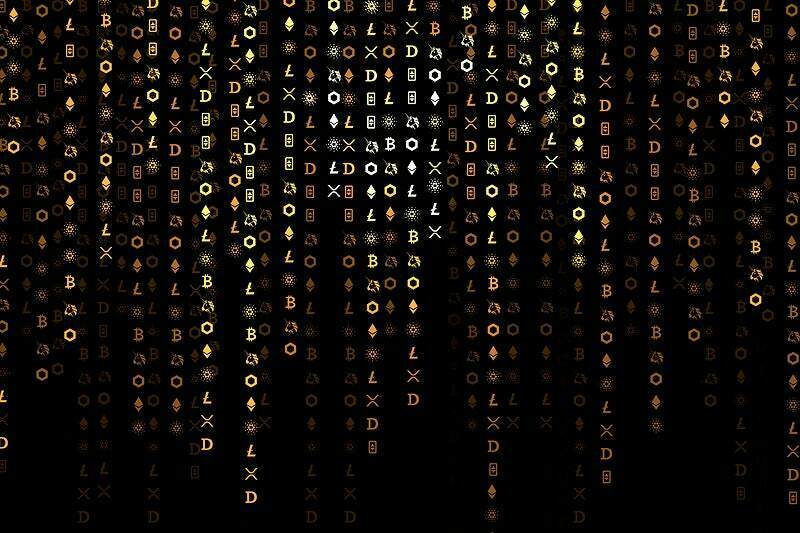 Photo by Busbus on rawpixel

According to Fintech Magazine, the country is one of the world’s fastest adopters of cryptocurrency. The ongoing pandemic has fuelled Filipinos’ uptake as they view it as an investment and income-generating currency.

More and more Filipinos have been into this online buy and sell setup, researching cryptocurrency prices and market cap.

What is cryptocurrency exactly?

Basically, cryptocurrency is a digital or virtual currency, secured through cryptography. This makes it nearly impossible to counterfeit or double spend, which is why people view it as a reliable investment.

Cryptocurrency works on a technology called a blockchain. Blockchain has a decentralized technology spread across many computers that essentially manage and record these transactions. Part of why the cryptocurrency is so popular nowadays is the security factor. Plus, in a world where cashless transactions are safely happening, cryptocurrency makes people transact in a secure and indisputable manner.

A lot of people associate cryptocurrency with bitcoin, and with good reason. Bitcoin is the most popular form of cryptocurrency. However, not all stores accept Bitcoin as payment yet. There are even some countries that ban it..

Contrary to what its name might suggest, there is no physical ‘bitcoin.’ There are only balances kept on a public ledger that everyone has transparent access to. This makes it possible for people to stop people from spending coins they do not own, making copies, or undo-ing transactions. Bitcoin transactions happen without a middleman, meaning no banks are involved in bitcoin exchanges.

The value of Bitcoin has skyrocketed. It’s value was at $500 in 2016, and in June 2021, one Bitcoin’s value was at $32,000. That’s why a lot of people view Bitcoin as an investment. Storage of Bitcoins are in digital wallets. And unlike bank accounts, these have no insurance. Hence, while Bitcoin might be booming, there’s still some risk in investing in Bitcoin.

Ethereum is a blockchain platform with its own cryptocurrency. Its name is Ether and a programming language called Solidity. Fundamentally, it’s an open software platform that allows users to build a range of decentralized applications.

Like Bitcoin, it works via a public blockchain network. What makes Ethereum unique is that its blockchain focuses on running the programming code of any decentralized application. These applications can include security programs, voting systems, and methods of payment. Plus, Ethereum’s goal is to be a platform for all kinds of applications that can store information safely.

Program developers prefer Ethereum because of its potential applications. These include the so-called smart contracts that automatically execute when one met the conditions, and non-fungible tokens (NFTs). Plus, has a tremendous growth as well. From $11 in 2016, Ethereum has risen to over $2,500.

Another popular form of cryptocurrency is Tether. Tether is a stable coin, a type of cryptocurrency which aims to keep cryptocurrency valuations stable. These are digital currencies tied to real-world assets in order to maintain a stable value. Tether tokens, the native tokens of the Tether network, trade under the USDT symbol.

It was designed to be pegged to the dollar, and its value is usually equivalent to $1. Tether has a specific design to build the necessary bridge between fiat currencies and cryptocurrencies. To add to this, it offers stability, transparency, and minimal transaction charges to users. This is why people who are wary of cryptocurrency’s volatility tend to favor investing in Tether.

Users of Binance Coin receive a discount in transaction fees on the Binance Exchange as an incentive. However, Binance Coin has several uses that go beyond the Binance exchange. The uses of Binance Coin can be for trading, credit card payments, payment processing, and even loan transfers. In 2017, Binance Coin’s value was at $0.10. On the other hand, in June 2021, it increased to $350 in value.

Cardano is one of the fastest-growing blockchain assets in the entire cryptocurrency industry. In a nutshell, Cardano is a blockchain platform centered around Ouroboros. Ouroboros is a pioneering proof-of-stake protocol that immediately distinguished Cardano from previously invented cryptocurrencies that instead relied on proof-of-work protocols.

Similar to other cryptocurrencies, Cardano can be used to store value or send and receive funds. The Cardano blockchain can be used to build smart contracts, and in turn, create decentralized applications and protocols. What makes it unique is that instead of attempting to thwart global regulators, Cardano is building a blockchain with the regulation in mind, to provide financial services to all. Cardano has enjoyed modest growth throughout the years. In 2017, the value of its currency, ADA, was $0.02. As of June 2021, its price was $1.50.

Dogecoin is a cryptocurrency that runs on blockchain technology, similar to Bitcoin and Ethereum. What makes it unique is that it started out as a joke. Dogecoin was originally created at least in part as a lighthearted joke for crypto enthusiasts and took its name from a once-popular meme. However, its value exploded in 2021. It even trended worldwide on Twitter thanks to billionaire Elon Musk.

The purpose of Dogecoin was to be a faster and ‘fun’ alternative to the ever-popular Bitcoin. In addition, while bitcoin has a capped supply of 21 million coins, there is currently no limit to the number of dogecoins that can be created. Dogecoin’s price in 2017 was $0.0002. By June 2021, its price was at $0.32—a 159,900% increase.

Basically, XRP was created to serve as an intermediate mechanism of exchange between two currencies or networks—as a sort of temporary settlement layer denomination. At the start of 2017, the price of XRP was $0.006. As of June 2021, its price reached $0.92, equal to a rise of 15,233%.

Like Tether, USD Coin is a form of stable coin. You can always redeem 1 USD Coin for US$1.00, giving it a stable price. USDC is powered by Ethereum, and you can use USD Coin to complete global transactions. Basically, USD Coin is a service to tokenize US dollars and facilitate their use over the internet and public blockchains. Plus, you can exchange USD Coins to American dollars anytime. The execution of issuing and redeeming USDC tokens is ensured with ERC-20 smart contract.

The appeal of USD Coin is that it allows moving American dollars anywhere around the globe within minutes, and brings much-needed stability to cryptocurrencies. Also, it opens up new opportunities for trading, lending, risk-hedging, and more.

Polkadot is a next-generation blockchain protocol that unites an entire network of purpose-built blockchains, allowing them to operate seamlessly together at scale. One of the newest players in the cryptocurrency game, Polkadot connects several chains together in a single network, allowing them to process transactions in parallel and exchange data between chains with security guarantees.

Polkadot was founded by the Web3 Foundation in Switzerland and is an open-sourced, decentralized web created by ex-Ethereum CTO Gavin Wood, Robert Habermeier, and Peter Czaban. Polkadot has been around for less than a year but has steadily risen in popularity. Between September 2020 and June 2021, its price grew 615%, from $2.93 to $20.95. If this trend is to continue, it looks like Polkadot will continue to rise in the ranks of cryptocurrency popularity.

Last but not the least, there’s Uniswap. Uniswap is a leading decentralized cryptocurrency exchange that runs on the Ethereum blockchain. It is a completely different type of exchange that‘s fully decentralized – meaning it isn’t owned and operated by a single entity – and uses a relatively new type of trading model called an automated liquidity protocol

Uniswap is also completely open-source, which means anyone can copy the code to create their own decentralized exchanges. It even allows users to list tokens on the exchange for free. This means there is no central facilitator, like a bank or broker-dealer in Uniswap. Launched in 2020, Uniswap’s price started at $0.48. By June 2021, its price was $24.60, a gain of 5,025%. This steady increase indicates that investment in Uniswap will look to be a lucrative endeavor.

Getting into digital currencies or cryptocurrency exchange

Once you’ve conducted your research, the question is how can you invest in cryptocurrency? To buy the currency of your choice, you need a ‘wallet.’ This is basically an app that can hold your currency. From there, you create an account on an exchange, and then you can transfer real money to buy cryptocurrencies.

While cryptocurrencies may be rising in popularity, it should be noted that like in all types of investment, there are risks. That’s why you should approach investing in cryptocurrency with caution. To add to this, the value of cryptocurrencies fluctuates regularly. The immense growth a certain digital currency may be enjoying right now might not be the case in a few months. Basically, anything can happen. Hence, people don’t recommend you invest all your hard-earned money in volatile cryptocurrencies. But what’s life without a little risk though, right?

Contrary to what some people might think, you don’t have to break the bank to enjoy speedy internet access. One of the newest internet service providers in the country, Streamtech Fiber Internet lets you exceed your limits through the power of fiber internet.

We offer dedicated internet access, leased line, and WiFi services to subscribers in franchise areas powered by our own fiber-optic backbone link. Indeed, this helps us offer you the best service possible. And what’s great about Streamtech is that you can get cable TV services alongside fast internet through our partnership with Planet Cable.

For students, Streamtech has the DigiClass kit, which helps learners maximize their online learning experience.

Contact our team today so we can elevate your internet experience. You may also visit our official Facebook page for more details.