Top Netflix Shows in the Philippines 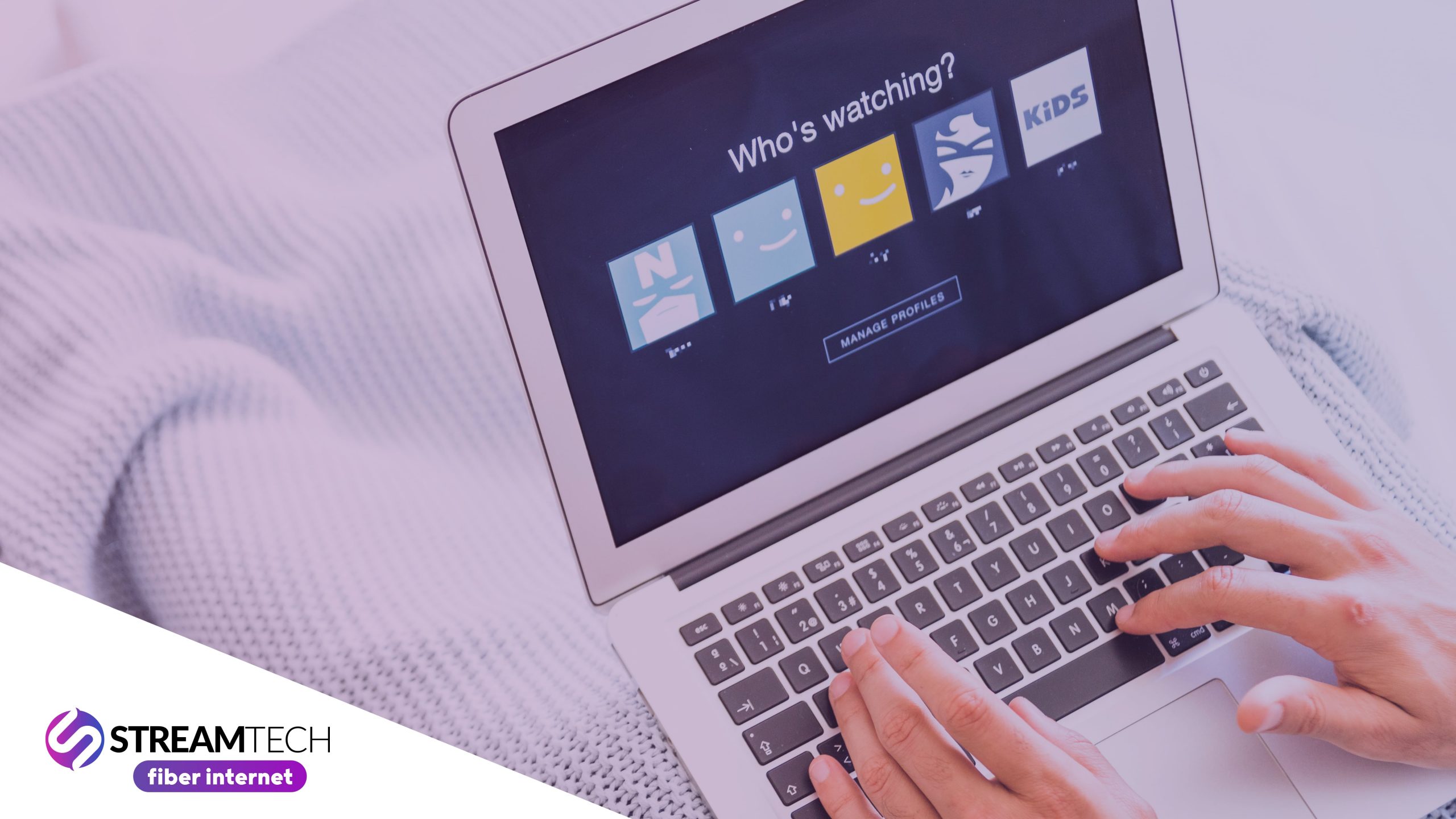 Curious about what should be the next movie to binge-watch this 2021? Let’s explore the best Netflix shows in the Philippines in this article.

Streaming service Netflix Inc. has become a popular entertainment choice in the Philippines. Since its entry into the local market, the number of subscribers has increased dramatically, showing that more Filipinos are increasingly shifting away from traditional forms of viewing content and opting for online streaming instead.

Netflix’s success in the country is part of its global growth.  Now available across platforms – smartphones, tablets, laptops, and television sets – the streaming service allows users unlimited access to hundreds of thousands of hours of programming in multiple languages, without commercials or monthly subscriptions.

This is why Netflix has become so popular in the country, where people are very choosy when it comes to entertainment options.

According to streaming aggregator FlixPatrol, these are the top Netflix shows in the Philippines for the month of October:

Gongjin, a coastal town, is the setting for this love story. Yoon Hye-Jin (Shin Min-A) is a dentist. She is primarily a realist, but her life alters as a result of her rightfulness, which is only a little portion of her thinking. She eventually settles in Gongjin, a beach hamlet. Yoon Hye-Jin meets Hong Du-Sik there (Kim Seon Ho). She develops an interest in him. The locals refer to Hong Du-Sik as “Chief Hong.” He is a good-looking and intelligent guy. He has technically no job, yet he constantly appears to be occupied. If someone requires assistance, Hong Du-Sik is the first to arrive and assist.

One of Netflix’s offerings, this South Korean survival drama television series features Lee Jung-jae, Park Hae-soo, Wi Ha-joon, Jung Ho-yeon, O Yeong-su, Heo Sung-tae, Anupam Tripathi, and Kim Joo-ryoung. It was a work by Hwang Dong-hyuk. He’s both the writer and director of the series. The show revolves around competitions in which 456 people from all walks of life, all of whom are heavily in debt, battle in a series of children’s games with life-threatening consequences if they lose, for the chance to win a  45.6 billion won reward. Hwang had been unable to find a production to back the screenplay when it was first penned in 2008, until Netflix discovered an interest in it in 2019 as part of their push to increase their international program offerings.

In this anime series, Baki goes to Arizona State Prison to take on Mr. Unchained, an infamous convict who can teach him the skills he needs to defeat his powerful father. Baki will eventually meet his father, Yujiro Hanma, who is “the strongest creature on Earth,” after enduring numerous difficult encounters with terrible foes. Baki selects Biscuit Oliva, also known as Mr. Unchained, as his sparring partner prior to the fight. Oliva is now in the house of “Black Pentagon,” a jail reserved for the most dangerous criminals. Baki’s imprisonment in the Black Pentagon is in order to fight Oliva.

This is a Japanese science fiction suspense-thriller drama series based on Haro Aso’s manga of the same name. The series, directed by Shinsuke Sato, stars Kento Yamazaki and Tao Tsuchiya as companions stranded in an abandoned Tokyo. Forced to participate in deadly games, the nature and complexity are by playing cards. Players obtain “visas” after surviving their first game. These got extensions the longer they compete. If the visas expire, red lasers fired from the sky will kill the participants.

With the Filipino title “Pangako Sa’yo,” this 2015 Philippine drama television series was based on the 2000 primetime series with the same title. It is top-billed by Kathryn Bernardo, Daniel Padilla, Jodi Sta. Maria and Ian Veneracion. Yna Macaspac (Bernardo) and Angelo Buenavista (Padilla) are lovers in the narrative. Unbeknownst to them, their love story started 20 years earlier between Amor de Jesús (Sta. Maria) and Eduardo Buenavista (Veneracion). Unfortunately, money, ambition, and deceit will devastate Amor and Eduardo’s love.

This Netflix popular series is based on a true story of a woman seeking to change her life for herself and her kid. The drama follows Alex (Margaret Qualley), a single mother who leaves her abusive partner and fights for custody of her two-year-old daughter Maddy while cleaning houses to make ends meet, as based on Stephanie Land’s novel Maid: Hard Work, Low Pay, and a Mother’s Will to Survive. The heartbreaking series depicts both recovering from emotional abuse in a relationship and surviving inside America’s dysfunctional welfare system in a sober, realistic manner.

Sex Education, Netflix original British teen comedy-drama series was by the development of Laurie Nunn. The series follows the students, faculty, and parents at the fictional Moordale Secondary School as they deal with a variety of personal issues. Many of these have connections to sexual intimacy. Asa Butterfield, Gillian Anderson, Ncuti Gatwa, Emma Mackey, Connor Swindells, Kedar Williams-Stirling, Alistair Petrie, Mimi Keene, and Aimee Lou Wood are among the ensemble cast members.

Commonly known as SpongeBob, this is a Nickelodeon animated comedy television series developed by Stephen Hillenburg, a marine science instructor, and animator. The series follows the exploits of the main character and his aquatic companions in Bikini Bottom, a fictitious underwater metropolis. Its tremendous popularity has turned it into a media franchise since it is the fifth-longest-running American animated series. It is Nickelodeon’s highest-rated series to date.

This is an American reality cooking competition show that first aired in 2005. Gordon Ramsay, the renowned chef who developed and starred in the British series of the same name, hosts the show. Each season, two teams of chefs fight for the position of head chef in a restaurant while working in a restaurant built up in the television studio’s kitchen. Over the course of each season, a progressive elimination structure reduces a field of 20 to 12 and ultimately to a single winner. A single participant is chosen for elimination in each episode.

Keith Chapman developed this computer-animated children’s television series in Canada. Spin Master Entertainment is in charge of production, while Guru Studio is in charge of animation. The series is primarily shown in Canada on TVOKids, which started aired previews in August 2013. The series follows Ryder, a young boy who is the leader of the PAW Patrol, a team of search and rescue dogs. They collaborate on missions to preserve the Adventure Bay shoreline community and its environs. Each dog is trained in a specialized set of abilities centered on emergency services careers such as firefighting, police work, and aviation piloting.

Meanwhile, Wired online magazine, has compiled a list of the best Netflix shows that are worth binge-watching. Here are just a few suggestions:

1. The Haunting of Hill House/Bly Manor

This tells the story of a family who returns to their previous home to confront the circumstances that pushed them away. Bly Manor tells the story of an American au pair who looks after several bereaved children in a large old mansion. The Haunting of Hill House and Bly Manure and The Haunting of Bly Manor are both worth watching on Netflix. The series was followed by a 2020 sequel series, which was a Gothic romance in its core and a refreshing departure from the original show. For two seasons, the program is also accessible on Netflix.

This is an American psychological crime thriller television series. Its center is on FBI agents Holden Ford (Jonathan Groff) and Bill Tench (Holt McCallany), as well as psychologist Wendy Carr (Anna Torv), who works at the FBI Academy in Quantico, Virginia, in the Behavioral Science Unit. They collaborated on a study effort to interview incarcerated serial killers in order to better understand their psyche and apply what they learned to ongoing cases.

This American sitcom is four seasons of sheer delight if you’re looking for a light, humorous program that will keep you entertained for a long. Kimmy Schmidt (Ellie Kemper) was abducted and held in a bunker since she was a child. The tale opens with her being rescued and set free in New York City as an adult. Kimmy, who is completely unsocialized and has a pure heart, navigates the real world with the assistance of new pals.

Once you’ve given it a chance, you’ll find it to be a complex, time travel-infused show that’s incredibly intriguing. We recommend viewing all three seasons of this now-completed Netflix sci-fi program in one long sitting over the course of a few weeks simply to keep up with what’s going on. We also recommend avoiding reading anything more about it before you watch it: you’ll be astonished by how well-written and cast this German-language series is.

Greenleaf is an American mystery and family drama television series developed by Craig Wright, with Oprah Winfrey and Lionsgate Television serving as executive producers. Clement Virgo is also an executive producer and director of the film. Keith David, Lynn Whitfield, and Merle Dandridge feature in the film. Greenleaf covers the Greenleaf family’s shady world of scandals and falsehoods, their opulent family house complex, and their enormous Memphis megachurch with mostly African-American members.

This Netflix series has all four seasons of this afterlife-themed sitcom, which is great news since the serialization of the show is so dense. While the first season is still its strongest – a big twist means that seasons 2 and 3 spend a lot of time treading water – it’s one of the funniest TV shows around when it comes to raw joke writing.

This Netflix-exclusive American science fiction horror drama television series is under the production of Duffer Brothers. Along with Shawn Levy and Dan Cohen, the brothers act as showrunners and executive producers. The setting of the primary season is in the 1980s in the fictitious town of Hawkins, Indiana, and follows the investigation into the disappearance of a young child (Will Byers). The disappearance of this boy is just the beginning of strange paranormal happenings.

This Canadian sitcom depicts a rags-to-riches narrative in the most hilarious way imaginable. When the Roses’ wealth runs out, they are forced to move to a tiny town and live in a hotel. The program, like the family, takes a while to get going, but by the second season, you’ll be hooked.

The basis of the miniseries is a memoir and the recount is in great detail, mostly in Yiddish. Unorthodox is a near-thriller that follows Esty Shapiro, a 19-year-old who flees her planned marriage in a Brooklyn ultra-Orthodox community. She finds herself in Berlin, looking for a new life outside of the rigid ideals she was up with, but her community isn’t that easy to let go of. Unorthodox, which stars Shira Haas in a remarkable performance, allows you to enter a universe that is endlessly captivating.

A fast and reliable internet connection is “a-must” in order to enjoy streaming shows on Netflix.

Worry no more! Streamtech, the newest telco company in the Philippines, offers unlimited fiber internet that is fast, reliable, and affordable. It provides the ultimate fiber internet connection at a reasonable price. For as low as P1,499/month, you can stream your favorite Netflix programs with an internet speed of up to 25Mbps.

You can also avail of the Extendifi WiFi Extender that allows you to enjoy the power of Streamtech’s connection no matter where you are.

What are you waiting for? Subscribe now to the best fiber internet provider in the Philippines and enjoy fast, secure, and reliable internet access. Visit our Official FB Page for more details.