Quality and Chart-Topping OPM Songs This 2021 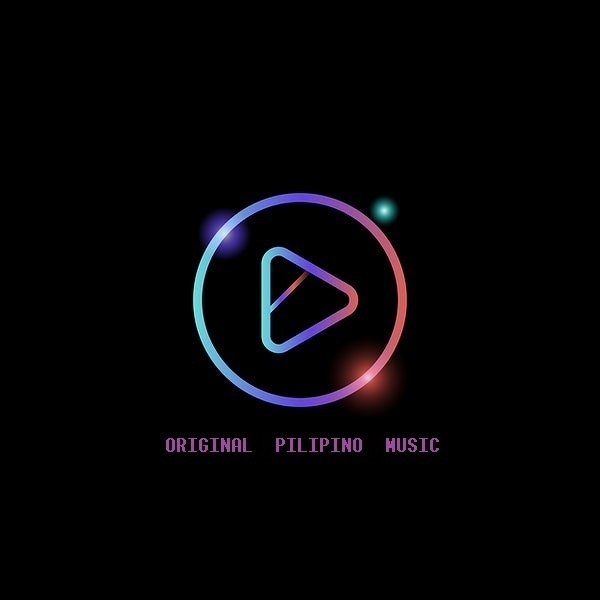 OPM is not dead.

Amidst the pandemic, the country’s music scene remains alive. A sign is our celebration of Linggo ng Musikang Pilipino (LMP) 2021, the annual music festival of Filipino music.

Spearheaded by Organisasyon ng mga Pilipinong Mang-aawit (OPM) and the National Commission for Culture and the Arts (NCCA), this year’s LMP still streams online due to pandemic restrictions. Running until August 2, 2021, the music festival is jampacked with musical performances and talks from various OPM artists. It also provides a platform as a way for fans to interact with their favorite musicians. All they have to ensure is that they have fast internet.

What makes OPM special and why do Filipinos celebrate it? Why do Filipino songs still top the charts? Read on this article to find out.

What Is Filipino Music?

Filipino music reflects centuries of foreign invasion though its melodies, rhythms, and instruments. The most prominent in the early stages is Spanish influence, since they are the ones who colonized us the longest. According to one article by the NCCA, there is no written information about the music of indigenous groups in the Philippines way before Spain colonized the country. However, subsequent reports made by friars, civil servants and travelers described the usage of various kinds of instruments made of bronze, bamboo, or wood. That defined the initial music of the Philippines.

Asian origins reflect some Filipino styles that shares similar characteristics with our neighboring countries such as Indonesia and parts of mainland Southeast Asia. This includes the Philippine gong music and gong chimes. This genre comes in two varieties: the Cordillera flat gong, known as gangsa in the Northern Philippines, and bossed gong of Islamic and animist groups in the Southern Philippines. Philippine gong music reflects the rich cultures and traditions of the Muslim people, one of the Philippine tribes that successfully resisted to foreign influence.

Specifically, we have kulintang music or kulintang ensemble music. It is one of the song forms that uses gongs and drums.

Meanwhile, Spanish folk music influences can be seen in harana and kundiman, two Philippine styles that come in the form of love songs. They became popular around the turn of the 20th century. Harana is a lyrical courtship style based on Mexican-Spanish traditions. On the other hand, Kundiman is a passionate form of Tagalog love song based on Spanish melodies and song structures. Jocelynang Baliwag is one of the best-known songs of this genre.

Other types of folk songs also of Spanish influence include work songs, talindaw or seafaring song, uyayi or lullaby, and succeeding folk dances. These songs commonly described the day-to-day life of Filipinos especially those living in the rural areas.

Addedly, we have other Filipino folk songs used in various folk dances. One of the most famous music of the Philippines used in dance is the Tinikling. Some are used in courtship dance or courtship rituals, like Kuratsa and Daling-daling. These music are collaborations of folk song composers and artists who actually do such performance arts in the form of dance. Francisca Reyes-Aquino is one of our national artists for dance due to her being a folk dancer, and her valuable research on folk dances.

The Birth of Original Pilipino Music

1970s was a historical decade in Philippine music. The term “Original Pilipino Music” or as some might call it, “Original Pinoy Music” or “Original Philippine Music” which share the acronym OPM, rose to popularity during this period. Folk music and other influences led to the breakthrough success of the country musician Freddie Aguilar.

Some of these artists hailed as icons in the OPM music industry may have passed on but their influence left an indelible mark on Philippine music. Today, OPM refers to music composed by anyone of Philippine ancestry. Contrary to popular belief, OPM does not limit itself in Tagalog songs. OPM songs may also come in English language and other regional languages of the country.

With Filipinos’ love for music, it has become deeply embedded in our culture. One example of this devotion is our strong presence to local up to international singing competitions. Filipinos never back down. We are always known globally. A clear example is abovementioned title of Pilita Corrales, and many more of our contemporary national artist and music artists. OPM now comes in different languages (including English) and genres such as country, Philippine Pop (P-Pop), Visayan pop (Vis-Pop), hip-hop, rock, alternative, indie, ballad, and more.

And to develop our own tagalog genres, we love to conduct songwriting competition on each local scene. Sometimes, we bolster our own Fm radio stations with such good music.

Now that you know how Original Filipino Music came to be, let’s explore some of the newest addition to songs we can enjoy through the years. Here’s our top 10 countdown to the chart-topping Filipino hits this 2021:

This upbeat track that fuses pop and R&B, became available on major music streaming platforms in May 2021. According to an article by ABS-CBN Entertainment, “Tama Na,” is about discovering self-worth and walking out of a toxic relationship.

“In just a couple days, Zack created ‘Tama Na’ and I really liked the song instantly. It’s a sound that people haven’t heard from me before and it’s also a genre I’ve always wanted to try,” Espanto said.

Espanto who is known for his soaring ballad covers, and similar original music, rose to fame in 2014 after becoming a finalist in ABS-CBN’s “The Voice Kids.”

Fun fact: This song is a collaboration between Espanto and young singer-producer Zack Tabudlo.

Dance to the beat of P-pop boyband SB19’s “What?“, released on March 9, 2021 by Sony Music together with the premiere of its official music video which was directed by the band member Justin de Dios.

This single is part of their new extended play “Pagsibol,” almost a year after releasing their debut album “Get in the Zone.” The song was composed by the band leader Pablo Nase, who also produced it together with his brother Joshua, Simon Servida, and South Border’s Jay Durias.

“He’s Into Her” is the second single of P-pop boy group BGYO. The song is the official soundtrack of the eponymous digital Philippine romance comedy series based on the 2013 Wattpad novel by Maxinejiji, starring Donny Pangilinan and Belle Mariano.

On April 23, 2021, the single was officially released to digital streaming and download platforms while its lyric and music video were uploaded on YouTube.

Fun fact: Formerly known as Star Hunt Academy Boys or SHA Boys, BGYO is composed of five Filipino young artists, along with other groups formed by ABS-CBN Star Hunt Academy. They debuted in 2021 under ABS-CBN Entertainment.

Another song from the “He’s Into Her” soundtrack, “Sigurado” by Belle Mariano was released in May on YouTube. Last month, the lyric video landed on 22nd place on YouTube’s trending videos list with over 100 thousand views.

Fun fact: The track was initially a single by Mariano. After airing her duet with love team Donny Pangilinan, the “DonBelle” version entered the top 100 songs chart on iTunes Philippines, just a few hours after its official release.

First in her upcoming mini-album, this pop song written by Racal herself takes a more upbeat tempo compared to her previous releases. This track can make you want to dance but it has a serious message. The lyrics speak about empowering women to stay away from lovers who offer empty promises. Racal also showcased her rapping skills in the single.

Fun fact: Did you know that the song was produced by veteran musician and the chief executive of Balcony Entertainment Rico Blanco who also happens to be Maris’ boyfriend? Talk about power artists and couple!

Adie’s “Paraluman” landed on many music charts. Spotify Viral 50 is just one them. More so, it landed not only at the top spot of in the Philippines; it has been streamed over and over again that it became part of prominent Spotify playlists including Hot Hits Philippines, Top 50 Global, Top 50 Philippines, OPM Rising, Trending Tracks.

More than 5.4 million streamers viewed it on Spotify since its release last March.

As a cherry on top, its music video on YouTube also trended after featuring social media influencer Ivana Alawi as Paraluman. In a span of a week, the MV has reached 1.8 million views on YouTube.

This breakout artist from Biñan, Laguna, is an incoming first year college student. He studied senior high school at the University of Perpetual Help Laguna where he discovered passion for music after winning 3rd place at the UPHSL SHS week’s singing contest.

Fun fact: Did you know that Bella Padilla wrote and directed the “Paraluman” MV?

Although Moira dela Torre’s hugot song “Paubaya” was first released in the latter part of 2020 as the final chapter of dela Torre’s trilogy album “Patawad,” its music video was only released in Valentine’s Day this year.

The lyric-video continued to hit with over 58 million views, making it the most-watched video in her channel. Meanwhile, the second version of “Paubaya” music video, featuring former couple Julia Barretto and Joshua Garcia, also trended with over 30 million views on YouTube.

“Ako Naman Muna” by Angela Ken, became viral last year. Ken originally released “Ako Naman Muna” with only a first verse and a chorus on TikTok in November 2020. In March 2021, the TikTok star dropped the full version of her song about self-love with a title she came up with the help of her followers.

Ken worked with ABS-CBN’s Star Music to release “Ako Naman Muna,” with a lyric video visualizer to accompany the full version. To date, it has 9.3 million views on YouTube.

Another hit by SB19 to join our list is “Mapa”. The follow up to “What?” is part of the boyband’s second album. In an interview with Bandwagon, the boyband shares that the song is a tribute to their parents who have helped shape who they are today.

“With our mapa our map—we will never get lost. This time sila naman ang magpapahinga,” said the band leader, Pablo. “Kami naman ang magtatrabaho for them.”

The song had a different twist as the boyband collaborates with a local band. It was Ben&Ben, in a studio performance released three weeks ago on YouTube. As of writing, it has garnered 7.8 million views.

On top of our list is ‘Binibini’ by R&B singer-songwriter Zack Tabudlo. ‘Binibini’, which translates to “miss” or “lady” in English, and released last year, had spent six consecutive weeks at the top spot of the Spotify Philippines Top 50 chart. This love song’s lyric video on YouTube released in March 2021 gained over 32 million views, while its official MV featuring reel sweethearts Andrea Brillantes and Seth Fedelin garnered more than 20 million views.

This hit is truly a chart-topper. Even its unofficial lyric videos uploaded by other channels on YouTube, also gained millions of views! Just when you think only Filipinos appreciate this song, did you know that this song transcended cultures? International charts featured it, including in Canada, Singapore, Hong Kong, Saudi Arabia, and UAE.

Do you agree with our list? Which artists have you listened to so far?

Music Streaming? We’ve Got You Covered!

Whether you’re in the mood for love songs, pop songs, or just want to listen to your favorite country, indie, or rock musicians, we’ve got you covered!

You can get high speed fiber internet for as low as Php1499.

Visit Streamtech’s website or Official FB Page, and we’ll find all ways to set you up!