What are the Upcoming Netflix Movies this 2022? Be Updated Now! 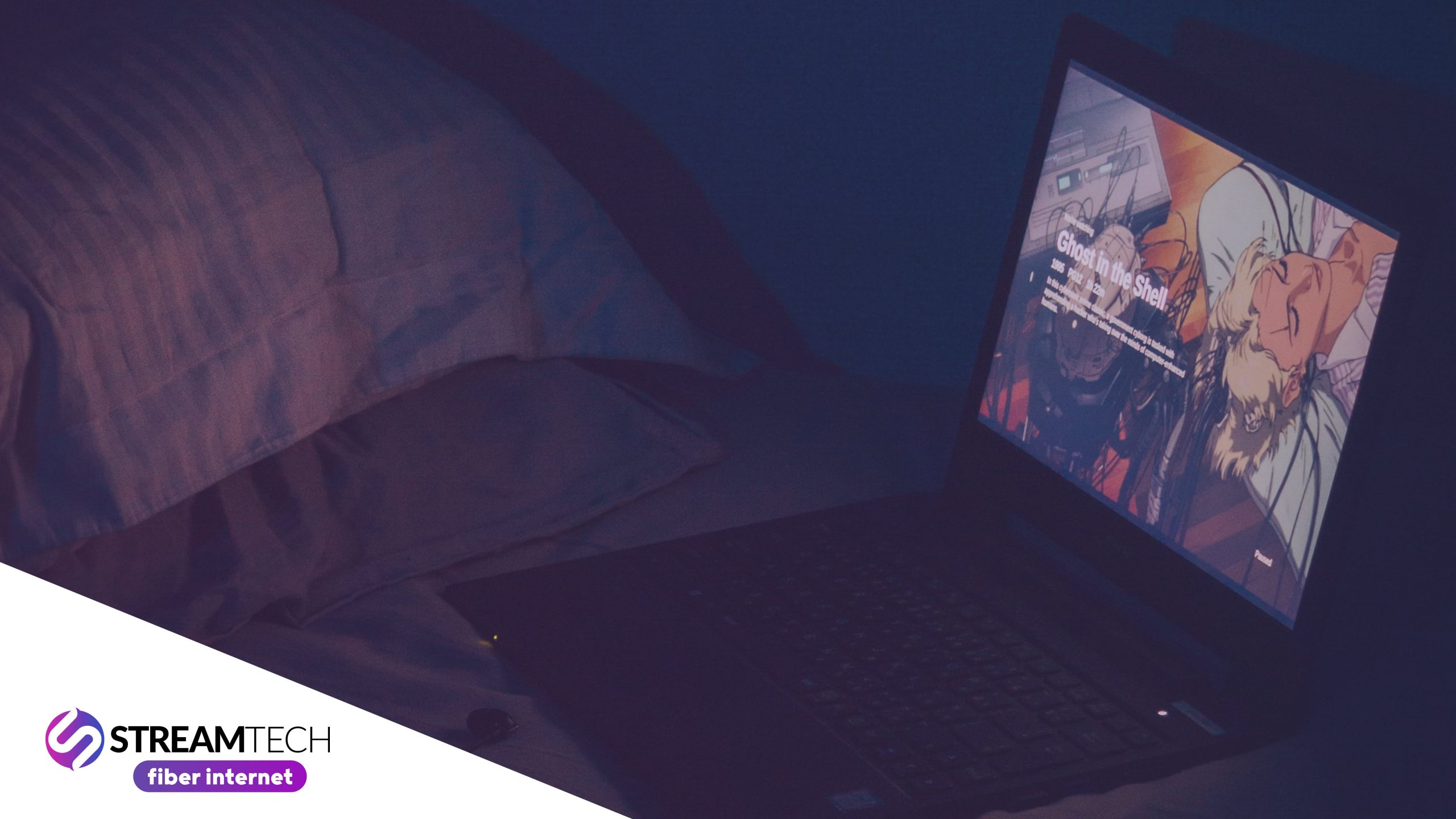 Every year, Netflix releases plenty of new movies. Aside from Netflix’s original films, the streaming service also acquires other popular films. This 2022 is no different. Netflix subscribers can still expect many new releases for their streaming pleasure.

As long as you have a fiber internet connection at home, you can watch all the latest Netflix original titles. Hence, it is imperative to have a reliable internet provider in the Philippines.

So, what are the best movies on Netflix this year? This article will discuss the most anticipated film to be launched this 2022. This article will help Netflix subscribers decide which new releases they can watch for their entertainment.

We have these related articles which might interest you:

Munich – The Edge of War

If you’re a fan of war films or period films, in general, Munich – The Edge of War will surely be up your alley. Based on the 2017 book Munich, the Netflix original movie stars Jeremy Irons, George MacKay, and Jannis Niewöhner. This Netflix original film is loosely based on real life. However, it is still pretty entertaining to watch.

This movie follows Adolf Hitler in the fall of 1938. In the film, he’s preparing to invade Czechoslovakia, and the government of Neville Chamberlain desperately seeks a peaceful solution. In turn, a British civil servant and a German diplomat, former classmates, venture to Munich to discuss peace. Together, the two become reluctant spies in this Netflix original movie.

This super tense Netflix original movie will surely keep you at the edge of your seat. Munich – The Edge of War has been streaming on Netflix since January 21, 2022.

If you’re in the mood for a feel-good film, this Netflix family film will definitely be your kind of movie. Home Team follows real-life New Orleans Saints coach Sean Payton.

This Netflix original movie follows his homecoming after the 2012 ‘Bountygate’ scandal. His suspension from the National Football League (NFL) led him to reconnect with his 12-year-old son by coaching his Pop Warner football team.

In September 2021, a Dutch film named My Best Friend Anne Frank was released in Europe. The film is based on Memories of Anne Frank: Reflections of a Childhood Friend, which American author Alison Leslie Gold wrote.

My Best Friend Anne Frank is about the friendship between famous diarist Anne Frank and Hanneli Goslar. The story follows their friendship from Nazi-occupied Amsterdam to their harrowing reunion in a concentration camp. Unlike previous projects covering Frank, the movie focuses on Goslar’s perspective.

This is a much-awaited Netflix film. Millennials will delight in knowing that an old family favorite from the 90s will premiere on Netflix this year. This supernatural black comedy film is based on the popular cartoon television show of the same name.

This dark movie will entertain you and encourage you to embrace your weirdness. It’s all about loss and love, what it truly means to be a family. This film will inspire you to keep close with your family no matter what.

It features an ensemble cast including Anjelica Huston, Raul Julia, Christopher Lloyd, and Christina Ricci. While there have been a lot of movies and series on the Addams Family (including the recent Tim Burton animated version), the 1991 live-action movie remains a fan favorite. If you’re looking to bond with your family, this film might be a good choice. This movie has been available on Netflix family since February 1, 2022.

While there are plenty of original movies on Netflix, there’s nothing like enjoying a modern classic. The Devil’s Advocate features an aspiring defense lawyer who accepts a high-powered position at a New York law firm headed by legal shark John Milton. As the protagonist ranks, he soon discovers that his mentor plans more evil than simply winning without scruples.

Starring Keanu Reeves, Al Pacino, and Charlize Theron, The Devil’s Advocate is a thrilling movie you won’t get enough of. This film will make you question what it takes to get what you want. This movie is scheduled to drop on Netflix on February 1.

Legend of the Guardians: The Owls of Ga’Hoole

Netflix Family also has plenty of exciting new titles this year. Legend of the Guardians: The Owls of Ga’Hoole is a family adventure film the kids will enjoy watching.

The movie follows owl Soren, who loves doing the stories, is kidnapped and bought by the Pure Ones to St. Aegolious Home for Orphaned Owls led by Metal Beak and Nyra, where the owlets are brainwashed to become soldiers. Soren befriended Gylfie and later escaped the facility to find the Island of Ga’Hoole with newfound friends and fight against the evil army.

This family-friendly animated film stars Jim Sturgess, Hugo Weaving, and Helen Mirren. It has been available on Netflix since February 1.

This Netflix original movie is a follow-up to the movie released last 2019. Tall Girl 2 follows the protagonist in the first Netflix film, Jodi Kreyman, as she ventures on to the next chapter.

Now, Jodi is more than just the ‘tall girl’ in school. She’s become more confident, and she even bagged a role in the school musical. In this new romantic comedy movie, she’s dealing with her newfound popularity. She develops rifts with people around her. She then learns how she must learn how to ‘stand tall.’ After all, getting what you want comes with a price.

Another SciFi Netflix original movie to expect soon is Bigbug. The comedy film is set in a dystopian future in 2050. According to Netflix, the movie follows suburbanites locked in for their protection by their household robots. Meanwhile, there is a robot revolt outside.

Bigbug is the type of film you watch when you’re in the mood for an escape from the daily grind. It’s funny yet teaches plenty of valuable lessons.

Slasher film fans will love this new movie. The Netflix original movie is the latest installment in The Texas Chainsaw Massacre movie franchise. It is the ninth film released so far.

This new movie takes place several decades after the first film’s events. In this movie, Leatherface targets a group of businessmen. He then comes into conflict with a vengeful survivor of his previous murders. Like earlier titles in this movie franchise, spectators can expect a lot of thrill and gore. This Netflix original movie is definitely something you wouldn’t want to watch by yourself.

If you’re a huge fan of Tyler Perry’s brand of comedy, you will surely love this new Netflix original movie. This particular movie is the twelfth film in the Madea cinematic universe. The upcoming movie is adapted from Perry’s stage play Madea’s Farewell. It is also the first Madea film adapted from a stage play since A Madea Christmas.

In case you’re wondering, this particular movie is about Madea’s great-grandson’s college graduation party. While Madea wants to make the event a total success, family secrets threaten the upcoming occasion.

Starring and created by Tyler Perry, this Netflix original movie will premiere on Netflix this February 25, 2022. This movie will also feature Cassi Davis-Patton, David Mann, and Gabrielle Dennis.

If you have the opportunity to go to the past to fix your future, will you do it? This Netflix original movie explores this possibility. The Adam Project features Ryan Reynolds as a time-traveling pilot. He teams up with his younger self and his late father (played by Mark Ruffalo) to save the future and the world.

This Netflix original movie is directed by Shawn Levy, the same man behind the Netflix original series Stranger Things. Aside from Reynolds and Ruffalo, the film will also feature Jennifer Aniston and Zoe Zaldana. One of the reasons why plenty of people anticipate this movie is because this project might be the last one Reynolds will release in the meantime.

The Adam Project is among the most anticipated new releases on Netflix this 2022. This film will stream on Netflix starting March 11, 2022.

Aside from these Netflix original movies, Netflix also has an exciting array of new Netflix series. These new titles include the Korean Sci-Fi show Space Force, Inventing Anna, The Woman in the House Across the Street From the Girl in the Window, Young Wallander: Killer’s Shadow, and the like.

Netflix will also feature old favorites such as Sunday Free Willy, Teenage Mutant Ninja Turtles, Gremlins Happy Feet Hell, and New Year’s Eve. Whether you’re in the mood for a love story or something that stars your favorite actresses like Kristen Bell, Anna Delvey, or Liv Lisa Fries, Netflix has plenty of content for you to enjoy.

There will be new episodes of popular Netflix series and even reality series like Love is Blind: Japan. There will also be reality show titles for you to enjoy. From movies to Netflix exclusive documentaries, the options are plenty.

For you to enjoy all the new releases on Netflix, you must have a fiber internet connection. With a solid and reliable internet provider in the Philippines, you can stream your favorite films like Space Force and Teenage Mutant Ninja Turtles with no fear of lagging.

Hence, if you’re looking to maximize your home connectivity, you should subscribe to Streamtech. As one of the newest internet service providers in the Philippines, we help you exceed your limits. Not only do we connect you to your favorite Netflix original movie, but we also enable you to work and study with an excellent internet connection.

Aside from fiber internet, we also connect you to your favorite television shows. Our partnership with Planet Cable allows you to subscribe to our cable-internet bundles: fiber internet connection and cable television under one plan. Hence, if you’re looking to make the most of your budget, you can never go wrong with Streamtech.

With Streamtech, you don’t have to worry about where you stream your favorite films. Our Extendifi WiFi Extender lets you enjoy our powerful connection wherever you are at home.

Netflix and chill to the fullest extent with Streamtech in your arsenal. Exceed your limits and keep yourself entertained at home. Connect with our team today to know more. We also have a Facebook page where you can see our day-to-day updates.

PrevPreviousWhat are the New, Upcoming Netflix Series this First Quarter of 2022?
NextBeautiful and Meaningful Ways to Celebrate Valentine’s Day 2022 OnlineNext