Who is the Valorant New Agent, Neon? 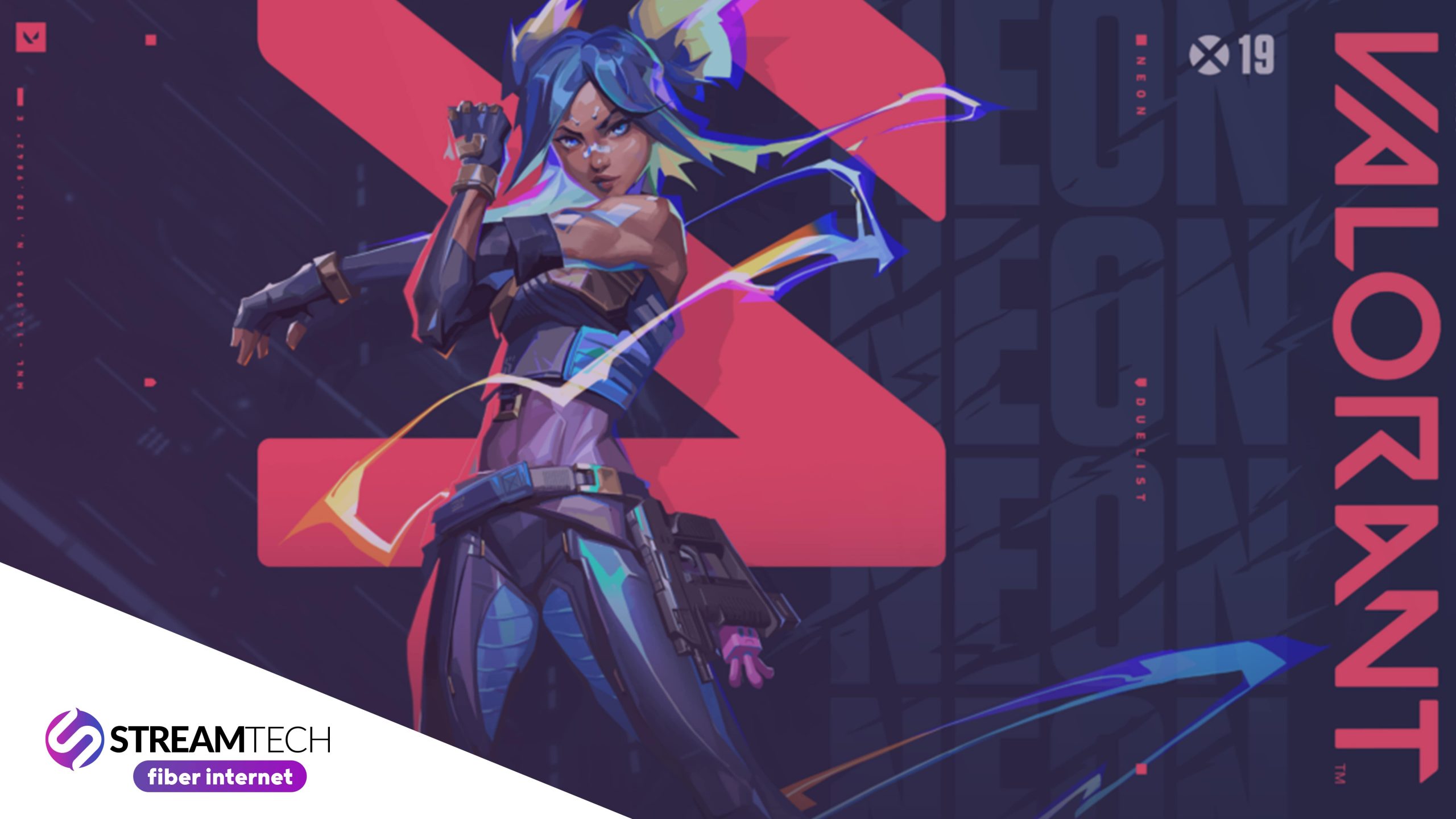 Heads up, gamers! After the swift win of Blacklist International during the Mobile Legends M3 World Championships, there’s another exciting news! Ready your gaming PC and your best gaming connection, fiber internet, because here comes the party!

Gaming never stops for Valorant players. While still getting used to Chamber, the game’s seventeenth agent, Riot Games has added another agent to their ever-growing roster of Valorant characters.

On January 6, Riot announced the debut of Neon, a new Valorant agent that would soon make her way to live servers. Much speculation surrounded the character prior to the release of her agency teaser trailer in the last week of 2021.

In Valorant’s Episode 4 Act 1 which came out on January 12, Neon appeared revealing exactly what her abilities do. Just like in her introductory trailer, Neon’s kit has relied on her speed to give her an edge in matches, but she’s got some powerful electrical abilities to help out too.

Before we explore Neon’s abilities, let’s get to know her first.

Valorant agent Neon is “Sprinter,” the enigmatic Duelist Agent who has been floating about in Valorant’s game files for months, hailing from Manila in the heart of the Philippines.

Here are more details about her:

Neon is a young Filipino woman with olive skin and short stature. She has shoulder-length shaggy hair, colored mainly electric blue with streaks of yellow throughout, and wears it in a half-up pigtails hairstyle.

She sports athletic attire with black and blue running leggings along with a pair of sneakers. She also wears a dark-blue cropped vest that appears to act as electrical conduits for her powers. Her arms and face have light blue patterns. She also wears a belt and accessorizes with a golden bracelet on each arm. When using her powers to channel electricity through her body, the patterns on her arms, face, as well as her eyes glow light blue along with her hair which stands up due to the electricity.

“Everything about Neon came back to that feeling of running forward and moving fast. A lot of her design was inspired by athleisure clothing, sprinting gear, and a runner’s physique.”

“I’ve been at Riot for a while now and until now, there’s only been talk here and there of making a character from the Philippines. I’m a Filipino designer, so the opportunity to help bring a Filipina agent to life in Valorant is an absolute blessing to me all the way down to the core,” he added.

Vanille Velasquez, a 23-year old voice actress, is behind the lightning-fast agent from Manila, Neon.

What are Neon’s Abilities?

Neon’s trademark ability, High Gear, allows her to run around levels and slide once per round. Meanwhile, her Ultimate ability enables her to focus her electric energies on a damaging beam. Valorant’s newest agent can sprint, slide, and shoot electricity to take down enemies.

Instantly throw an energy bolt that bounces once. Upon hitting each surface, the bolt electrifies the ground below with a concussive blast.

Fire two energy lines forward on the ground that extends a short distance or until they hit a surface. The lines rise into walls of static electricity that block vision and damage enemies passing through them.

Unleash Neon’s full power and speed for a short duration. Fire to channel the power into a deadly lightning beam with high movement accuracy. The duration resets on each kill.

Valorant Neon and the Usage of ‘Filipinx’

Fans praised the great amount of effort poured into the character’s reveal trailer. Who knows what other aspects of Neon will delight longtime fans when she is officially released. However, Neon’s reveal did cause some stir online. Some fans and media outlets referred to her as ‘filipinx’, a gender-neutral term used to describe people who hail from the Philippines. This is similar to the term ‘latinx’, which is used to describelatinos and latinas. ‘Filipinx’ may have been created in good faith but was ultimately rejected by Filipinos.

Some detractors said existing terms like Pinoy and Filipino are already considered gender-neutral. It’s no surprise, then, that the use of the word ‘filipinx’ reignited a debate between the East and West. Such is the case with a now-deleted tweet by American esports host Erin Ashley Simon following Neon’s reveal. She came under fire over the use of ‘filipinx’, which was intended to be a gesture of respect towards Filipinos.

Excited to play with Neon? Play seamlessly with Streamtech Fiber Internet! The best internet provider for gaming offers superb speeds, stability, and reliability. Streamtech, the newest wave in fiber internet in the Philippines, offers affordable fiber internet plans that let you exceed your limits through the power of fast and affordable connectivity.

Streamtech empowers you to play and surf to your heart’s content. They have subscription bundles perfect for gaming and other online needs. The bundles also come with home internet plans, optional cable TV, and peripherals for your game streaming needs.

Experience the super service of the newest fiber internet provider in the Philippines, get Streamtech now, and enjoy an upgraded internet experience and enhanced connectivity!

Check out our  Official FB Page for more details.

PrevPreviousBazinga! SB19 Will Make You Proud as They Top the Billboard Song Chart
NextList of the Best Smartwatch You Can Buy This 2022Next