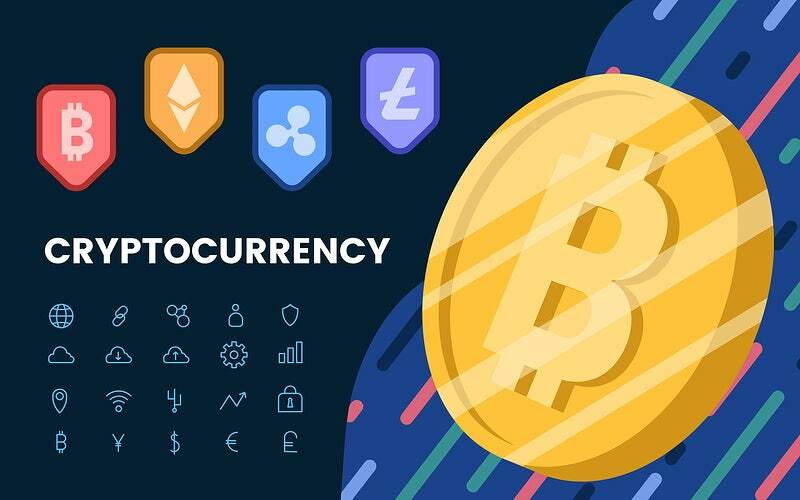 Photo by Tvzsu on rawpixel

Aside from the huge demand for fast internet connection, there is another groundbreaking advancement turned buzzword. FinTech has also taken the world by storm. This is especially true with Bitcoin breaking barriers. It is making the dollar, pound, and euro look like spare change that’s only good for candy. Despite its fame, people still have trouble comprehending what is cryptocurrency, in full.

That’s not something surprising, especially that it’s basically an entirely new world built with 1s and 0s. And it only recently had a chance to shine in the spotlight. To ease you out of your confusion, here’s a rather comprehensive 101 on cryptocurrency: what it is, what it does, and how does it work.

Usually called by its nickname “crypto”, cryptocurrency is a fully digital currency that one may use like how you would make use of real money. It’s a type of currency for you to buy, sell and trade. It uses online ledgers and crazy intricate cryptography to make sure that every transaction is safe and secure. Unregulated as they may be, the potential it holds is quite stunning, once you try and pick the pieces apart to understand it. Skeptical as most people are, the prices of these cryptocurrencies keep moving upward, leaving behind our real-world fiats.

A look of Bitcoin

If you still don’t believe, take a look at Bitcoin. Volatile as its market price may be, it went to an all-time high of $65,000 back in April 2021 and lost half its value come May 2021. As of this writing, it’s currently priced at $39,805.20 – which clearly shows how it’s starting to bounce back from a loss. Yet, the aforementioned “loss” isn’t that particularly making its value come close to our current real-world fiats.

To understand what’s happening let’s first address the elephant in the room.

Cryptocurrency exchanges may be used as a payment system, to buy and sell just like using your cash money or credit cards. So this means that if you want crypto, you have to convert your “real” cash into your preferred currency to have access to the goods and services they cater to.

Inside the cryptocurrency market

The safety and security of cryptocurrency lie mostly on blockchain technology of the cryptocurrency market. Each champions a decentralized set of functions that allow for every movement inside the ecosystem or bitcoin network. Such is to be recorded across a vast web of computers around the world that participate in the use of crypto.

Certainly, absence of central authority makes it easier to verify transactions of a digital currency. That is why the crypto market and cryptocurrency tokens form part of some good investment advice.

What is cryptocurrency mining?

Once added to the blockchain, they become crypto assets and part of the cryptocurrency exchanges

How many cryptocurrencies are there? Are they worth all the same?

There are currently more than 10,000 types of cryptocurrencies out there – all publicly traded and each with its own set of rules and tokenomics. The value of the currency will depend on how it’s received upon its initial coin offering (ICO), which serves as its Kickstarter campaign to check how many backers there would be for a given project or token. The current top 3 tokens as of writing still are Bitcoin followed by Ethereum then Tether – a trio so strong given their wide range of mass acceptance and usage.

What brought upon the sudden cryptocurrency boom?

The appeal of cryptocurrency might be something that heavily piques one’s curiosity. But once you get down to the root of it, you’d suddenly realize how it all ties together and makes sense. For one, people look upon crypto as the currency of the future. For instance, Bitcoin is easily leaving the dollar behind and staying in being a highly valuable asset. Another appeal is its decentralized state that renders the currency immunity from the government or central banks that usually increase the money supply and reduce its value – which is what we call inflation in economics. An ever-inflating currency is a bad sign and shows that it’s bound to go nowhere, so we understand how these crypto supporters grow their skepticism on the central bank and opt for digital currencies instead.

Some people also admit how captivated they are by the tokenomics of a project or the blockchain algorithm in general. They feel like it gives more safety and security over assets rather than their real-world alternatives, especially when the decentralized system works in big favour of its constituents and the blockchain ledger makes sure no one can easily cheat their way through everything it encompasses. Lastly, the charm is also mostly rooted in how most long-term and successful crypto tokens never lose value despite occasional (and stock-like natural) dips. Above everything, it still has surpassed what the fiats have done for mankind – turning skeptics into true believers. The only problem is, they’re looking at the ecosystem as if it’s Wall Street – with coins seen as stocks instead of a long-term medium as fiat replacements.

So, does this mean it’s good to invest in cryptocurrency as an asset class?

Well, this one mostly depends on how good you play it. Some people stay skeptical, some old money people want to stick to the tried and tested paper fiat currency. In contrast, others manage to find themselves profiting off of crypto like one would in the stock market.

The singular thing that has cryptocurrency beat by our current monetary system is its volatility. Because the lack of stability renders it to become stable enough for merchants and consumers to figure out fair pricing for goods and services. Crypto is still heavily reliant in making sure it’s ratioed well with the world’s domineering fiats, with a good example of it seen on stable coins.

With bitcoin moving values in dollars from five to four digits in the span of a year, it’s safe to say that it’s not the best and brightest to make it a fiat. It’s instability is what attracts people but it’s attention is definitely not for the long run. The way the value of the coin moves pushes its owners to hold more and more of the supply. They are thinking that it would be worth spending after three years than today.

Okay then, so how do I get my hands on some cryptocurrency?

The first thing you’d need is a virtual “wallet”. This, more or less, functions like an online app to hold all the currencies that you are buying. From there, you can connect it to your bank account or credit card. This enables you to use your own money, and convert it accordingly to the desired currency or need for a transaction. Note that some crpytocurrencies require the use of strictly some currencies. Example would be US dollars, Bitcoin, or other cryptocurrencies for you to be able to buy a specific crypto to your liking.

One of the more popular iterations of such platforms is Coinbase. They’re a widely used and trusted wallet for your crypto needs. Also, they allow for buying and selling bitcoin and other cryptocurrencies. More so, several famous online brokers have managed to adapt and also get in on the trend. Brokers such as eToro, Tradestation, Sofi Active Investing, and Robinhood had managed to offer the buy, sell, and trade of cryptocurenccies at your convenience.

But is cryptocurrency legal?

The technological advancement proving to be quite new nod, and people are only starting to adapt. Hence, it’s safe to say that crypto sits in a gray area. This claim is further supported by the fact that some countries have accepted its use. Examples is the United States. Contrastingly, some countries such as India and China fear for their currencies. Hence, their move is banning crypto use in general.

As crypto sits in the gray area of legality, some people have found themselves way to do fraudulent and scam activities within the blockchain. They benefit from the fact that the law doesn’t chase after them. This makes the game just as dangerous as tinkering with the deep web. So yeah, that’s one thing you surely definitely need to look out for and consider before entering into the crypto world.

So how do you protect yourself from fraudulent crypto behavior?

The blockchain requires everything to be transparent. Thus, everything can be checked out in benefit of the investor’s confidence in a given project. Most of the risk comes out of initial coin offerings or ICOs. The coin is poised to be promising but is relatively too new in the blockchain to be deemed trustworthy and effective.

Hence, what you’d want to look for is the fine print of the company. That is clearly accessible through their website or project’s website. In the fine print you can easily double check and verify the:

There definitely is a lot to check and verify. But the necessary works to ensure your money isn’t going a bust after you invest is definitely worth it. It’s a good thing to keep in mind that if a project is being completely transparent and has a lot of details and plans going on, the more chances that it’s a legitimate project trying to help humanity. Although, the sad part here is that being legitimate doesn’t always lead to success. Consequently, that’s up to the developers and their marketing team to sell the project to get more people to back it.

Nonetheless, crypto – if irresponsibly partaken with – can open you up to a door of headaches. Hackers may try and get your assets once you do a lousily encrypted transaction. Improper encryption techniques may risk your unique wallet address. This can be perused by the no-good criminals – as they try and transfer all your belongings to them. The same situation happened back in 2014. This is after a high-profile exchange declared bankruptcy after hackers took millions of dollars worth in bitcoin.

The importance of reliable and fast internet in the cryptocurrency world

At the end of the day, what ensures you of a successful career inside the blockchain is you. Reminder: there is no central authority governing this. Hence, what would make everything extra secure would be to avail a trustworthy internet service provider. Get the one that can give you not only unwavering and uninterrupted service, but also a secure one that makes sure your data privacy is kept in good hands.

These are some things you can expect upon availing the fiber internet plans of Streamtech. They have highly competitive plans and promos that are waiting for you. Not to mention the fact that it would totally change the crypto game for you for the better!