Bazinga! SB19 Will Make You Proud as They Top the Billboard Song Chart 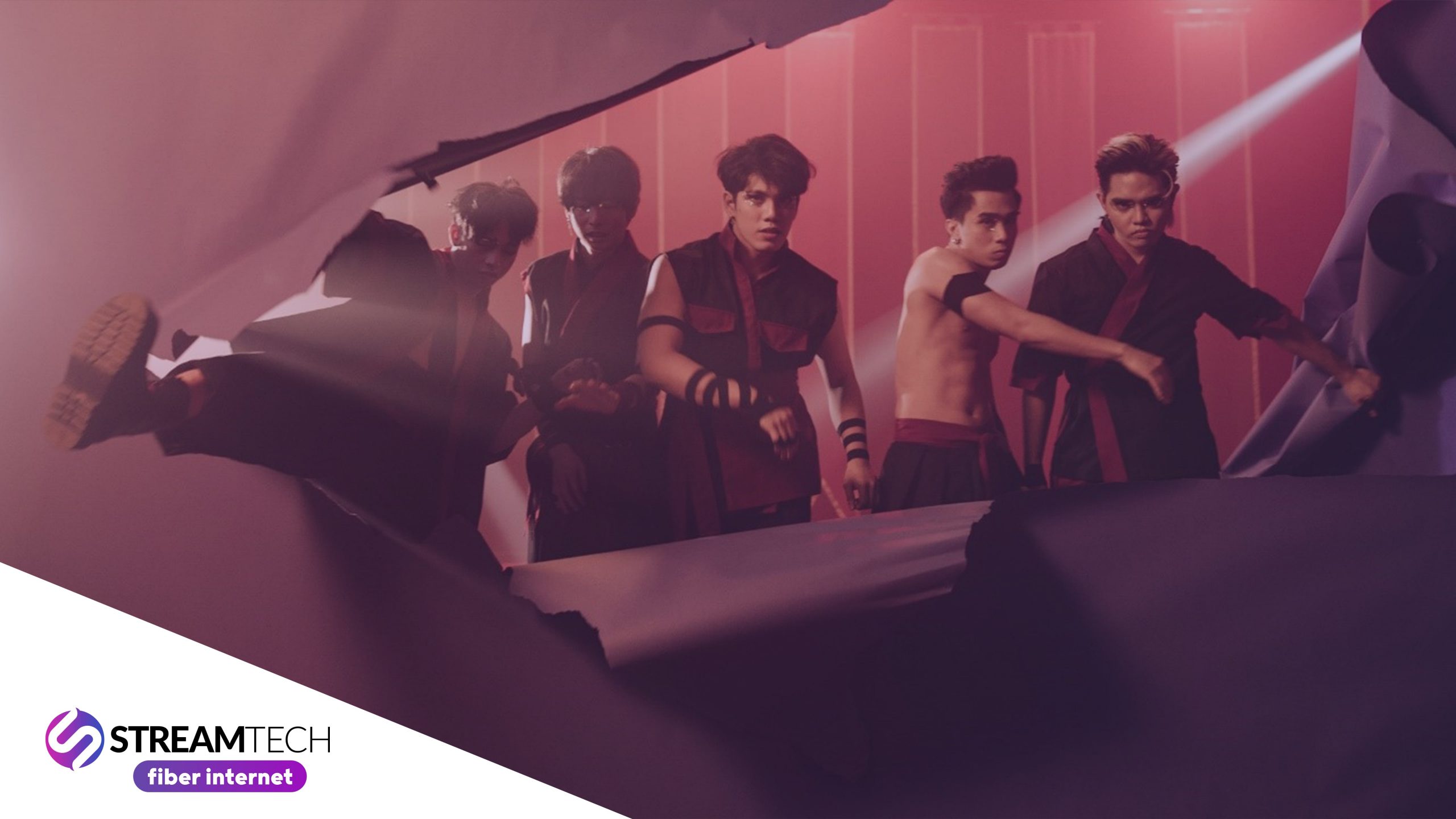 P-pop group SB19 blazes into first atop the Billboard charts this week. The band’s latest single is storming the music world and setting records. In the extremely brief history of the Hot Trending Songs chart, “Bazinga” is presently the second-longest-running No. 1 song. SB19 has finally made it to the top of the Billboard Charts, dethroning the prominent K-Pop boy band BTS.

That is excellent news, not just for this P-pop group but for the whole country. P-pop is finally making waves in the global music scene, particularly in Southeast Asia, where K-pop reigns. It’s a remarkable achievement for Filipinos to celebrate and be proud of. SB19 deserves kudos for their outstanding accomplishment and for bringing honor to the local music scene.

Keep an eye on SB 19 as they continue to take over the international music scene! With thousands of local and international followers already on their side, the quintet’s distinct sound is gaining even greater interest as they continue to dominate the charts throughout the world. Regardless of our music preferences, we should support them for working hard to bring P-pop to the music forefront. But what if you have a reputable internet service provider who offers you up-to-date news? Then you won’t have to worry about missing anything. Keep reading to find out more about this brilliant boy band.

What makes Bazinga such a sensation?

Bazinga is a witty exclamation made famous by Sheldon Cooper on The Big Bang Theory. That’s his favorite expression whenever he pranked or tricked someone on the show. It’s the same as the Filipino word “belat,” which means “serves you right.” Thus, the song is a tribute to all the obstacles SB 19 has overcome in its musical journey. It also proves that their determination is more robust than shaming and cancellation.  Following are the song’s lyrics.

Every day, I think the load gets heavy

Throw it away, the world unloads hostility

Is there a way to break the curse and stop this now?

I just turned the world upside down

Now, y’all can quit thinking ’cause you won’t know how I did it

Bounced and kicked it roundhouse (ya, ya)

This is my legacy, legacy

Now, how y’all gonna get to me, get to me

When I got the Almighty with me? The bibbidi-bobbidi-boo

Every day, I think the load gets heavy

Throw it away, the world unloads hostility

Is there a way to break the curse and stop this now?

Go throw a stone, it might break a bone

But be wary because I won’t condone

Look at you, peek-a-boo, pick a boo-boo

You’re lucky ’cause I overdid it, had to say that “Two”

Not a mob, just a psycho, I’ma keep it low

Lemme get this straight, just got a few more words to say

Defibrillator to yo’ ear ’til I won’t have to say, “Clear”

Last time, I thought I already

Told you that I’m always ready

Come on and test me, you know nothing’s gonna stop me

Bring it all out now

All doors are closed and no light unfolds

So I’ll break the dawn in my home

Moreover, the song’s lyrics are translated into a visual perspective through an action-packed music video, giving the song a new meaning. The concept is akin to that of a video game, with the group bringing their game characters to life through sharp choreography, boxing cages, and graffiti-covered walls. Take a look at their YouTube account to check out the official music video for Bazinga.

Bazinga, by the way, is a song from SB 19’s extended play, Pagsibol, which means growth. Unlike their debut album, SB19 had full rein over this follow-up. They had complete creative control over the entire process, from concept to recording to production.  If their first album, Get in the Zone, was about SB19’s transformation from unknown artists to P-pop pioneers, Pagsibol is about their evolution as seen through their eyes.

Have their accomplishments piqued your interest even more? Then, let’s take a closer look at them now.

SB19 is a five-piece Filipino boy band founded in 2016 by ShowBT Philippines, the local counterpart of ShowBT Group in Korea. It is not affiliated with SM Entertainment, as many believe.

After being chosen from hundreds of auditionees during a talent search in 2016, the members went through the same training as K-pop idols for three years. While ShowBT’s primary objective is to localize K-pop in the Philippines, they had no intention of imitating a K-pop group in any way. SB19 songs are in Taglish, and every lyric is infused with elements of Philippine culture. Furthermore, the group’s ultimate goal has always been to propel P-pop onto the global stage.

Initially, SB 19 was supposed to perform at business events and activities, but their CEO saw the potential and decided to turn them into a boy band. Their current status proves he made the right choice.

Why is the group called SB19?

The band was named after the initials of their management company, ShowBT. The number 19 was a way to show how the two countries worked together to start the group. It came from the sum or difference between the country codes for South Korea (82) and the Philippines (63).

SB19 members, on the other hand, coined the term “Sound Break” to describe their goal of breaking into the international music scene and improving the standard of Filipino boy bands. And indeed, they did!

Who are the members of SB19?

All of the members of SB19 were born and raised in the Philippines, making them 100% Pinoy. Pablo (formerly Sejun), Josh, Stell, Ken, and Justin, make up the group.

SB19’s musical journey was far from easy. The P-pop boys had to go through a lot to get to this point. They struggled through three years of rigorous training without pay. Given the Philippines’ economy and self-sufficiency culture, that is a complicated arrangement to agree to. And the lukewarm response to their debut in 2018 didn’t help.

When they found themselves in an impasse at the end of their first year, the group contemplated breaking up. But fate intervened when a K-pop fan in the Philippines came across a Youtube video of their “Go Up” dance rehearsal and recognized the potential.

That fan shared the practice video on Twitter which quickly surpassed a million views. And the rest is history.

SB19 was a nominee for the “Top Social Artist Category” and even took the third spot in the 2021 Billboard Music TSA Awards. BTS, the K-pop supergroup, won for the fifth time. Nevertheless, it’s a significant accomplishment since it demonstrates Filipino music’s growing global popularity. The nomination did draw attention to the thriving music scene in the Philippines.

Furthermore, SB19 was the first Filipino and Southeast Asian act nominated at the Billboard Music Awards, alongside BTS, Blackpink, Ariana Grande, and Seventeen.

SB 19 also had a lot of firsts, such as being selected for Best Southeast Asian Act at the 2021 MTV Europe Music Awards and being appointed as the new Youth and Sentro Rizal Ambassador by the National Commission for Culture and the Arts (NCCCA).

In addition, the P-pop group SB19 represented the Philippines at the 2021 ROUND Festival. The Music Festival project promoted cultural exchange and strengthened mutual solidarity y among ASEAN member countries and Korea by combining music and culture.

Besides these milestones, SB19 has been working hard to expand. They did brand endorsements, launched a clothing line, and collaborated with Ben&Ben. All of this while maintaining their position on Billboard’s Social 50 chart (which, by the way, has weekly updates). That’s no mean feat! It’s no surprise that many fans are curious about them.

Here are some frequently asked questions that have remained unanswered so far.

Who is the most popular SB19 member?

The band as a whole is undeniably successful. But for the fans who have been wondering, Justin got the most votes in the polls, then Ken, Stell, Pablo, and Josh. Even so, the band members are aware that the popularity of one member is indicative of the band’s overall popularity.

SB 19 still hasn’t met its K-pop idols. Stell and Josh, on the other hand, had the chance to meet BTS when their previous group, Se-eon, represented the Philippines at the 2014 K-pop festival.

Who writes the songs for SB19?

Pablo is the genius lyricist and a prolific songwriter who leads the group in making great songs that set into motion the group’s success.

Despite having reached significant milestones, including approximately 250 million music video views on YouTube and about 64.2 million streams on Spotify as of writing, SB19 will be the first to admit that they are only just getting started.

Indeed, SB19 has come a long way. It’s safe to say they’re on their way to becoming the next global music powerhouse. And as Filipinos, we should show our support by listening, sharing, and enjoying their music.

Broaden your Artistic Horizons with Streamtech

While the digital era has been difficult for the music industry, it has also created opportunities for emerging artists who would not have received the exposure they deserve in the past. This liberalization and proliferation of music through technology and the ability to share, watch and listen to a performer online is a boon for music fans. These technology advancements, particularly fiber internet, have fueled growth and innovation in music creation, which is, after all, the point of art.

With fiber internet from Streamtech, one of the fastest internet service provider in the Philippines, Filipinos can broaden their creative capabilities and participate in global conversation from the comfort of their own homes.

More to the point, Streamtech takes pleasure to offer a fiber internet connection to all Filipinos. Indeed, it is not just those who have the financial advantage. With Streamtech, you can expand your personal or company’s potential without worrying about data limits or throttles.

Our affordable fiber-optic plans are with the aim to cater to consumers’ needs, empowering you to live, love, and work outside of the constraints of your connection. On top of that, Streamtech’s cable-internet bundles outperform other internet service providers in terms of coverage and quality.

It’s never been easier to enjoy lag-free streaming and faster surfing. Switch to Streamtech for the quickest fiber internet in the country. You may also want to check out our Streamtech official Facebook page for more details.