Why is it good to invest in Iloilo City? 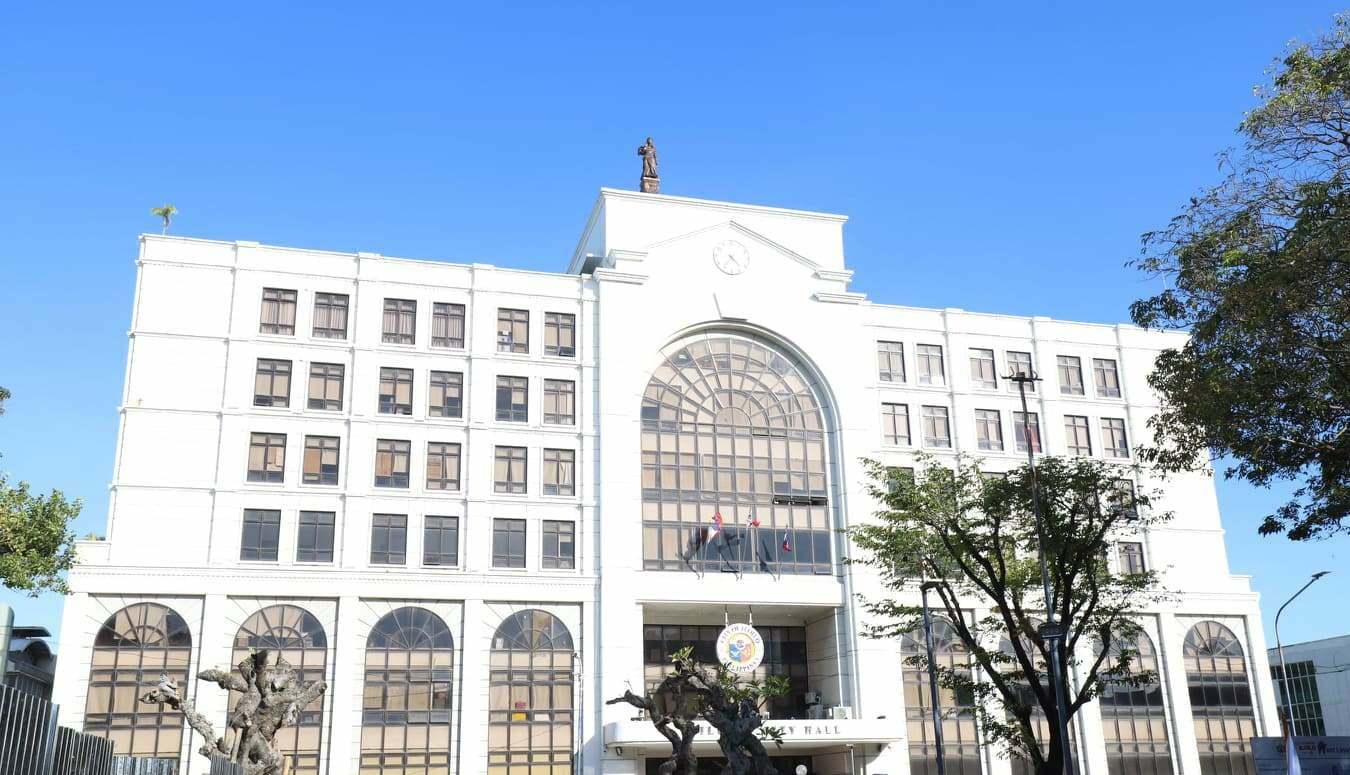 Iloilo City is considered a gateway to the Visayas. This highly urbanized city is the regional hub. And it plays a vital role in the socio-economic growth and development of Western Visayas. As the capital city of Iloilo province, it serves as the center of business, education, trade and commerce, digital technology, and arts and culture.

The city is geographically located on the southeastern coast of Panay Island. This economic and regional center is at the mouth of the Jaro River on the Iloilo Strait. And it is protected by the island province of Guimaras.

The best restaurants, museums, hotels, shopping areas, and nightlife in the city are fabulous. They are all waiting for you at this tourist center. The yearly Dinagyang Festival, gorgeous heritage monuments, delectably fresh seafood, and Ilonggo delicacies are among the city’s most well-known attractions. Throughout the city, there are many Spanish-colonial churches. There are also large antique houses, and old commercial and institutional facilities from the city’s heyday then as the “Queen City of the South.”

As the city is strategically located in the heart of the Philippine archipelago, all investors are welcome in this metropolis. The city is now the ideal investment location for the South. Thanks to its stable economic growth and enhanced business-investment climate.

It is quickly becoming the country’s new economic powerhouse. It is an ideal destination for meetings, incentive travel, conventions, and events (MICE). More so, it is a good investment hub, due to its abundance of natural resources and competent human resources. This is in addition to its cultural and heritage attractions, and strategic location.

The investment climate is particularly favorable for new business ventures. The city has improved its commercial responsiveness, earning the faith and confidence of international investors.

The city provides a plethora of suitable investment sites that are certain to yield positive results. Information technology, housing, and real estate, education, tourism, infrastructure, food packaging, hotels, and resorts are just a few of the areas where investments pour in.

Iloilo’s unique position provides advantages in both business and personal life. Iloilo’s integrated infrastructure has been praised for its efficient connectivity to other municipalities and provinces. This includes roads, ports, transit, and logistics.

Iloilo International Airport, the main entry point to Western Visayas is in the province of Iloilo. It serves as a hub for domestic flights to and from Manila, Cebu, Davao, General Santos, Puerto Princesa, and Cagayan de Oro City. Iloilo also has international flights to Hong Kong and Singapore.

For Western Visayas, the Port of Iloilo serves as a trading and economic center. It is considered one of the Philippines’ safest natural seaports. Fast craft ferries from Bacolod, Roll-On-Roll-Off (RORO) ferries from Guimaras, and ferries from Palawan all dock at the harbor. Such is located along the Iloilo River in Lapuz district.

Even before the pandemic, this city has been famous to have a distinct beauty. Indeed, this arises from the presence of modern structures amid well-preserved vestiges of the country’s Spanish occupation. Most notable are its magnificent cathedrals, making it a popular pilgrimage destination.

Immersing oneself in the city’s tradition and nature is a common tourist activity. There are tours to familiarize you with the Hiligaynon language and the city’s history. Additionally, there are nature excursions to the gorgeous countryside.

Iloilo City Proper has a large number of hotels. You’ll be close to various cafes, hangout locations, and many of the city’s most recognized attractions if you stay there. The city is also known for being the birthplace of dishes like La Paz Batchoy and Pancit Molo.

Iloilo City has been under foreign rule three times. The numerous mansions and architectural landmarks along the city’s thoroughfares are the most remarkable artifacts from the past.

Dubbed the “City of Mansions,” the city is home to about 240 historic mansions and heritage houses. These includes the Molo Mansion, Lizares Mansion, Nelly’s Garden, Ledesma Mansion, and the Jalandoni-Montila Mansion. These houses were greatly influenced by Spanish and American Colonial designs and architecture. Now, they serve as museums and shrines. There are displays of the antiques and belongings of the families who formerly resided there.

Many century-old heritage churches, such as Jaro Cathedral and Molo Church or St. Anne Parish, may be found in the city. The city government continues to maintain these historic churches, which flourished in an ever-changing metropolis.

The Dinagyang Festival is the city’s major religious and cultural festival. It is every January, in honor of Señor Santo Niño (the Child Jesus). Also, it is to commemorate the arrival of Malay settlers in Panay.

The city’s 19 higher education institutions located around the city, as well as the 17 campuses of state colleges and universities located throughout the provinces, provide a diverse range of disciplines for higher education and give the information and skills that fuel economic growth.

Iloilo City has a rich talent pool that can be readily tapped. Its human resources are young, competent, and dependable. The workforce speaks English well, is highly trainable, and is engaged in a global culture. Likewise, Iloilo has the most competitive labor costs in the country thanks to its high-quality workforce.

The Ilonggos, name of the Iloilo residents, are younger than the rest of the world. Also, Ilonggos simply take things a step further in a country recognized for its kind people. If being surrounded by relaxed, welcoming people is vital to you, Iloilo has you covered.

Well-paved and spacious road infrastructure are in the city. It has manageable traffic congestion as a vibrant core of the regional economy, resulting in less difficulty and stress during everyday commutes from home to work or other destinations.

With open walkways and road shoulders, the city is nearly pedestrian-friendly. You can wander freely wherever you want without having to worry about drunks, pickpockets, or beggars on the streets as the local authorities securely maintain the city’s peace and order all throughout the area.

Likewise, Iloilo not only has better access to fresh air and high-quality fruit, but it also has numerous significant services and features that promote healthy living, including the country’s most extensive bike lanes.

The Iloilo River Esplanade, which is well-lit and enhanced, is one of the cleanest and most picturesque areas for a pleasant evening walk, jog, or run.

Due to the large range of outstanding health care institutes provided by both the government and the commercial sector, Iloilo is also one of the country’s medical tourism hubs.

Iloilo City has some of the highest salaries in the country, yet the cost of living is substantially cheaper than in other big Philippine cities like Manila, Cebu, Quezon City, or Makati City. This makes it a perfect destination for retirees and frugal businesses to stretch their income.

The metropolis is also an appealing place to raise a family as there are various high-quality educational institutions, ranging from pre-school to university, with affordable tuition fees and attractive amenities.

The city of Iloilo is enjoying a rise in new jobs across many industries, thanks to an entrance of foreign investments, a wave of infrastructure projects from the national government, and sensible local public policies that have supported sustained growth over the past few decades.

Over the last several years, job hiring in this city and the surrounding area has been steadily increasing and diversifying, reflecting a shift away from fisheries and agriculture and toward a larger service-based economy, as based on data from the Philippine Statistics Authority.

Certainly, the city has also been a hub for a number of information technology (IT) industries, resulting in increased employment in business process outsourcing (BPO) firms.

Due to its steady energy source, availability of commercial and building spaces, and a high number of college graduates with strong English proficiency, the city is a suitable location for BPO investors.

According to Colliers International Philippines, the Mandurriao district here would see an influx of outsourcing companies such as call centers in the next few years.

In fact, a strategy geared toward the utilization of science, technology, and innovation to enhance the city’s economic performance is one of the main goals of the local government.

Apart from expanding and investing in future infrastructure, Iloilo City is also a great site for real estate developers to diversify their portfolios and invest in the city’s most important regions. Office, residential, and retail are three real estate opportunity areas for Iloilo City.

Due to out-of-date structures that necessitate the need for modern facilities, office vacancies reached 11% in the first quarter of 2018. As a result, the neighborhood is now a viable location for new condominium buildings as well as the burgeoning BPO business.

Is Iloilo City a Rich City?

Indeed, Iloilo City is a rich city in terms of culture, heritage, natural resources, and even manpower. Also, it cannot be denied that the city’s economy remains one of the most competitive in the country. According to the National Competitiveness Council (NCC), Iloilo City remains part of the list of most competitive cities year after year. This meant that the city is a front-runner from among the cities here in the country assessed based on their economic dynamism, efficiency, and infrastructure.

While Manila, Davao, and Cebu are all popular investment destinations, Iloilo’s background as the trade and commerce hub of Western Visayas shows through the city’s flourishing businesses. And President Duterte’s “Build, Build, Build” program has resulted in the building of several infrastructure projects backed by international and domestic investors.

Currently, Iloilo City is vigorously pursuing measures and regulations to make it easier to do business in the city and revitalize the local economy amidst the pandemic. Thus, the city continues attracting additional investments that would support job creation and economic growth.

If you plan to invest in Iloilo City, venture into a small business. And simply find the best fiber internet service in this metropolis. Indeed, subscribing to a reliable internet service provider is a must.

Streamtech, the newest telco company in the Philippines, offers unlimited fiber internet that is fast, reliable, and affordable. It allows you to have a fast fiber internet connection at a reasonable price. For as low as P1,499/month, you can enjoy an internet speed of up to 25Mbps. This is the fastest home internet speed ever available.

You can also avail of the Extendifi WiFi Extender. It allows you to enjoy the power of Streamtech’s connection no matter where you are.

PrevPreviousSearch for the Best House and Lot for Sale with AllProperties PH
NextSee the Beauty of Camarines Sur, Its Economy, and What It’s Known ForNext