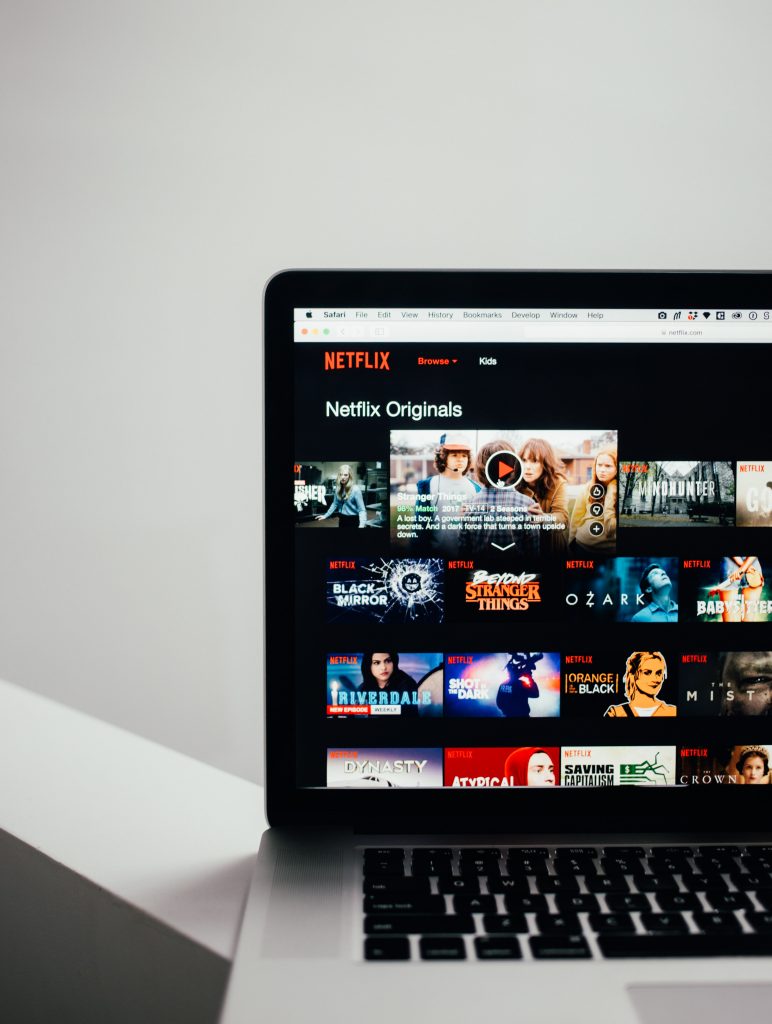 There’s nothing like finding your escape from life through movie magic in these trying times of the health crisis. These stories transport you to new worlds, make you cry, laugh, and even fall in love. They also teach you a lot of valuable life lessons you can apply to everyday life. Amid all the bad news in the world, they help you escape, and fall in love with life once again. And this can only be done in this digital era with a reliable fiber connection.

While you can always go back to your old favorites, it’s a genuine pleasure to try something new. Although cinemas have been closed for over a year, a lot of amazing films have still been released. A lot of much-awaited films have still been made available to the world through video-on-demand services. Plus, the ongoing vaccine rollout gives hope that you might even get to watch movies in the cinemas soon.

With all the films out there, it can be difficult to choose which one to watch. Don’t know where to start? Here’s a list of much awaited movies you can binge watch on to brighten up your days:

By popular demand, the Snyder cut of the much-anticipated superhero ensemble film is finally available to the world. The fact that it’s four hours long may sound intimidating. However, time flies fast as you delve deeper into the DC Extended Universe (DCEU).

If you’ve watched the 2017 version of the film, you already know the ending. However, the Snyder Cut fleshes out a lot of character backstories. There are a lot of notable changes in the story as well. The musical score is significantly different, and yes, there’s a lot of signature Zac Snyder slow motion action. It’s simply a different film altogether. Plus, who wouldn’t want to see the dashing Henry Cavill in a cool black Superman suit?

Starring the famous Hollywood heavyweights whose careers were propelled by this movie, Justice League Snyder’s Cut features Gal Gadot, Ben Affleck, Henry Cavill, Jason Momoa, Ray Risher and Ezra Miller. There are also a lot of surprise cameos movie lovers and comic geeks will surely enjoy. Whether you’re a superhero fan or not, this movie is worth all the hours spent. It’s an epic adventure you wouldn’t want to miss. Justice League Snyder’s Cut is exclusively available on HBO Go.

Albeit its mixed reviews and stark difference from the 2017 film Wonder Woman, Wonder Woman 1984 still rocks. Set in the 1980’s, there are a lot of gorgeous fashion moments and 80’s puns in the flick.

The movie follows the titular character Diana Prince as she navigates through the world in the ‘80s. As in the other DCEU films, she keeps a low profile as a museum curator. However, she still performs a lot of heroic acts in her signature armor incognito. Beautiful, successful, and confident, she may look like she had it all. However, a part of her heart was missing, and that was because of her departed flame, Captain Steve Trevor.

Through a magical talisman, her long lost love came back to her. However, as the movie unfolds, it showed that everything has a price. Also starring Kristen Wiig, Pedro Pascal and Chris Pine, Wonder Woman 1984 is a fun film you’ll enjoy. This movie is exclusively available on HBO Go.

Disney and Pixar are known to release the most heartwarming and visually stunning animated films in the market. Soul is a testament that they still possess that extraordinary storytelling magic. This fantasy comedy-drama even won Best Animated Feature and Best Original Score in the recently concluded Academy Awards.

Soul follows the story of a frustrated jazz musician who teaches elementary children for a living. After he finally landed the gig of his dreams, he had an accident that left him trapped in the world in between Earth and the afterlife. This inventive tale dives into a lot of important questions. Plus, it makes you appreciate everything you have in life. It’s simply a wonderful family flick that will help put things into perspective.

Starring famous faces such as Jamie Foxx, Tina Fey and David Deegs, Soul is something the entire family will love to watch again and again. Plus, the musical score is soothing to the ears. Want to understand the hype for yourself? Soul is exclusively available on Disney+.

Throughout the years, Disney has released films based on the signature rides in its amusement parks. This time around, the movie studio giant will explore the story behind its iconic family friendly cruise ride. Originally slated for a 2020 release, this film was stalled in lieu of the COVID-19 pandemic.

Jungle Cruise is an adventure-filled flick set in the Amazon. An ambitious researcher ventures out in the wild in search of a one-of-a-kind tree that can heal all illnesses. In the wrong hands, this tree could spell disaster. The heroes of this adventure hope to save millions of lives instead.

Starring Hollywood heavyweights Dwayne “The Rock” Johnson and Emily Blunt, this movie is expected to be a fun family flick everyone can enjoy. Knowing the caliber of family entertainment Disney is known for, there will be a lot of beautiful visuals and spectacular action, too. Jungle Cruise is set to be released worldwide this July 30, 2021.

The Marvel Cinematic Universe has consistently released blockbuster films, and have launched a lot of actors’ careers into stratospheric heights. After over a year of delay due to the ongoing COVID-19 pandemic, Scarlett Johannson’s Black Widow will finally be released to the world.

Featuring the lone female member of the original 6 Avengers, this movie explores Natasha Romanov’s mysterious past. Set after Captain America: Civil War, Romanov is on the run from the government and forced to confront her past. While the world has seen a glimpse of her past life as a super spy, not a lot of people know what exactly happened to her. Will we finally know what happened in Budapest? The world will know soon enough.

Starring a lot of other familiar faces such as Rachel Weisz, Florence Pugh, David Harbour, the film is the first cinematic venture into Phase 4 of the Marvel universe. It’s expected to wow a lot of fans, and finally give Johannson the limelight she deserved. Black Widow is slated to be released on July 9. It will be released in cinemas in the US, and will be exclusively available on Disney+.

In 2018, John Krasinski captivated the world with his directorial debut, the blockbuster suspense, A Quiet Place. Given its cliffhanger ending, a lot of fans were excited for the next chapter of the story. Originally slated to be out into the world in 2020, the film’s worldwide release was delayed for a year. Now, people have to wait just a little bit longer to find out what’s next.

The film follows the Abbott family as they continue to navigate a post-apocalyptic world in silence. After the events of the first film, they had to move out, and venture out into the unknown. They then realize that there are more deadly threats out than the deadly creatures that hunt by sand. Will the Abbott family finally find peace? Where did these creatures come from anyway? All these questions and more will be answered in A Quiet Place 2.

Emily Blunt, John Krasinski, Millicent Simmonds and Noah Jupe return for their roles as the Abbott family. They are joined with new famous faces such as Cillian Murphy and Djimon Hounsou. Knowing how well-received the original flick was, the sequel is a sure must-see. A Quiet Place 2 is scheduled for theatrical release on May 28, 2021.

Tom Cruise has starred in a lot of iconic films, and one of them is 1986’s Top Gun. 35 years later, Cruise is back wearing his aviators as Pete “Maverick” Mitchell. As with other movies scheduled for a 2020 release, this film was pushed back to this year because of the COVID-19 pandemic. This year, Maverick will finally get to fly once again.

This sequel is about Mitchell, one of the top aviators in the Navy. Despite his years of service, he dodged advancement in rank that would possibly ground him. In the movie, he found himself training a detachment of Top Gun graduates for a specialized mission. Part of this special group is Lt. Bradley “Rooster” Bradshaw, the son of Mitchell’s departed wingman. Mitchell is forced to face his deepest fears, culminating in a mission that demands the ultimate sacrifice.

As expected, Tom Cruise will be back in the sequel as the iconic Maverick. Joining him in the star-studded cast are Miles Teller, Jennifer Connelly, John Hamm and Glen Powell. This high-flying movie is slated for global release on November 19, 2021.

When one says the word ‘spy,’ there’s one name that always pops up. Everyone knows about the iconic James Bond. A lot of British actors have held the mantle over the years. In No Time To Die, Daniel Craig will return as agent 007 for the last time.

In this movie, Bond leaves active service for a tranquil life in Jamaica. However, he’s forced back to action when an old friend from the CIA asks for help. The mission turns out to be more than he expected. He is then forced to face a mysterious enemy armed with a dangerous new technology.

Joining Craig in the film are Rami Malek, Ralph Fiennes, Naomie Harris and Lea Seydoux. Given James Bond film history, the movie will surely be a global hit, full of cool cars and explosive action. No Time To Die is scheduled for global release on October 8, 2021.

Another British spy movie is expected to take over the world. Following the successful Kingsman movie series is the prequel, The King’s Man. This film explores the origin of the very first independent intelligence agency. Originally slated for a November 2019 release, this was postponed several times partially because of the COVID-19 pandemic.

Set in the early 20th century, the movie follows the adventures of the man who started it all. History’s worst tyrants and criminal masterminds band together to kill millions. In order to stop them, one gentleman defies all odds to stop them.

The King’s Man features an ensemble cast which includes Ralph Fiennes, Gemma Arterton, Rhys Ifans, Matthew Goode, and Tom Hollander. Knowing how refined yet deadly the heroes of the original films were, this one will surely be action-packed and super cool. The King’s Man is scheduled for global release on December 22, 2021.

Unfortunately, it might still take a while for everyone to get to enjoy these movies in the theaters. However, technology has made it possible for people to watch the latest flicks at the comforts of their homes. Aside from downloading video-on-demand apps that feature the latest movies, you can also purchase and watch films online.

In order for you to enjoy these movies hassle-free, you need to subscribe to a fast and reliable fiber internet connection. One of the suppliers for the fastest internet in the Philippines is Streamtech. It offers unlimited, high speed internet that Filipinos can afford. In addition to being a game changing internet service provider in the country, Streamtech also offers cable TV services through Planet Cable. This means you can watch movies on your device of choice or through your television with Streamtech.

Aside from unlimited fiber internet and cable TV services, Streamtech sells amazing products that take your home connectivity to the next level. These include Extendifi Wifi Extender, gaming kits, vlogging kits, and online class bundles. #Exceedlimits and enjoy the best blockbuster movies with Streamtech.